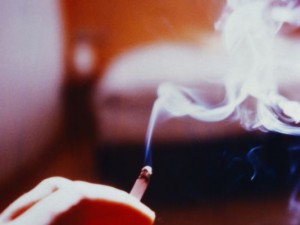 An Escambia County jury has returned a $34 million verdict against R.J. Reynolds tobacco company on behalf of the family of Garry O’Hara, a 50-year-old man who died of lung cancer 15 years after he had quit smoking.

The jury reached the decision Friday after a three-week trial in Pensacola.

“If Americans only knew what these companies concealed …what they knew about smoking and lung cancer and nicotine addiction,” Mark Avera, a lawyer who represented O’Hara’s family, said in a written statement. “They were decades ahead of everyone else on smoking and health. That was all they did, study cigarettes and research how to addict more young teens.”

The legal claim was made by O’Hara’s widow and two of his three children under the historic Engle v. Liggett Group Inc. class-action suit, in which a jury awarded damages of more than $145 billion to a nationwide group of people with smoking-related disease and family members of deceased smokers.

The Florida Supreme Court later later overturned that ruling in 2006 but said that individual plaintiffs could file suits using the Engle jury’s findings, which were that smoking causes cancer, nicotine is addictive, and the tobacco companies sold defective and unreasonably dangerous cigarettes.

O’Hara, a 30-year Air Force veteran, started smoking at age 14 and was 49 when he was diagnosed with lung cancer.

“It’s gratifying to secure justice for Garry’s widow and children, and to hold R.J. Reynolds accountable in this case,” said Rod Smith, who also represented the O’Haras. “The tobacco industry has killed 20 million Americans and Garry O’Hara was one of them.”