Most Vietnamese want the tax on tobacco raised as a means to reduce smoking, a survey has found.

The survey, by Canadian NGO HealthBridge, released at a conference Tuesday showed that 90 percent of Vietnamese think raising the price of a 20-pack of cigarettes to VND45,400 ($1.95) will have an impact on smoking.

Over 80 percent of respondents said smokers would be deterred if the price is hiked to VND22,700 (97 cents), the survey, which polled around 600 people, said.

The same number said the tax should be increased to 45-70 percent. The special consumption tax (SCT) on tobacco is currently 35.6 percent. 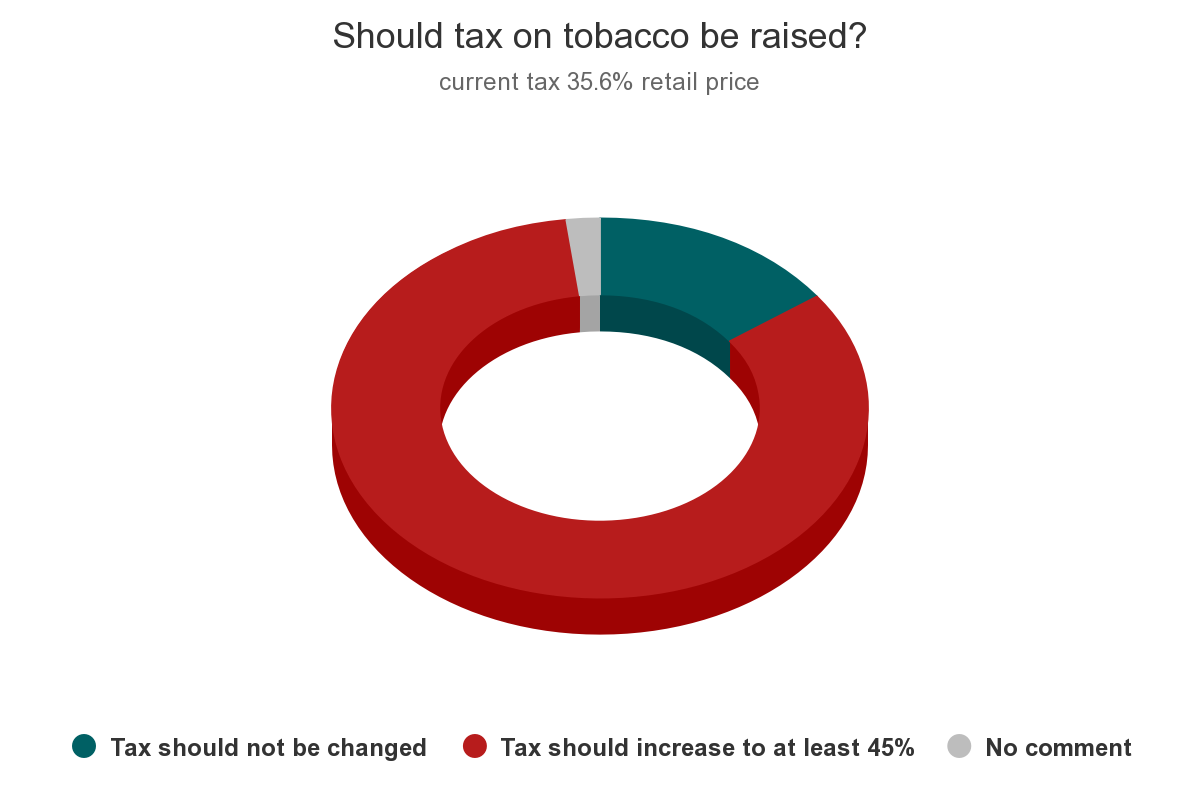 Le Thi Thu, senior project manager at HealthBridge, told VnExpress International that studies have shown smoking is a greater financial burden on the poor than the rich since treatment of diseases caused by smoking costs a lot of money.

“The negative impacts of smoking on Vietnamese people’s lives are undeniable.”

But Vietnam’s policies on tobacco tax have not been effective in reducing smoking, experts said at the conference.

The low price allows more people, even children, to smoke, she added.

Dr Nguyen Tuan Lam, a specialist at the World Health Organization (WHO) Vietnam, noted the current SCT of 35.6 percent on tobacco is lower than the global average of 56 percent.

It is also lower than in several other Southeast Asian countries such as Thailand, Singapore, the Philippines, and Malaysia, he said. 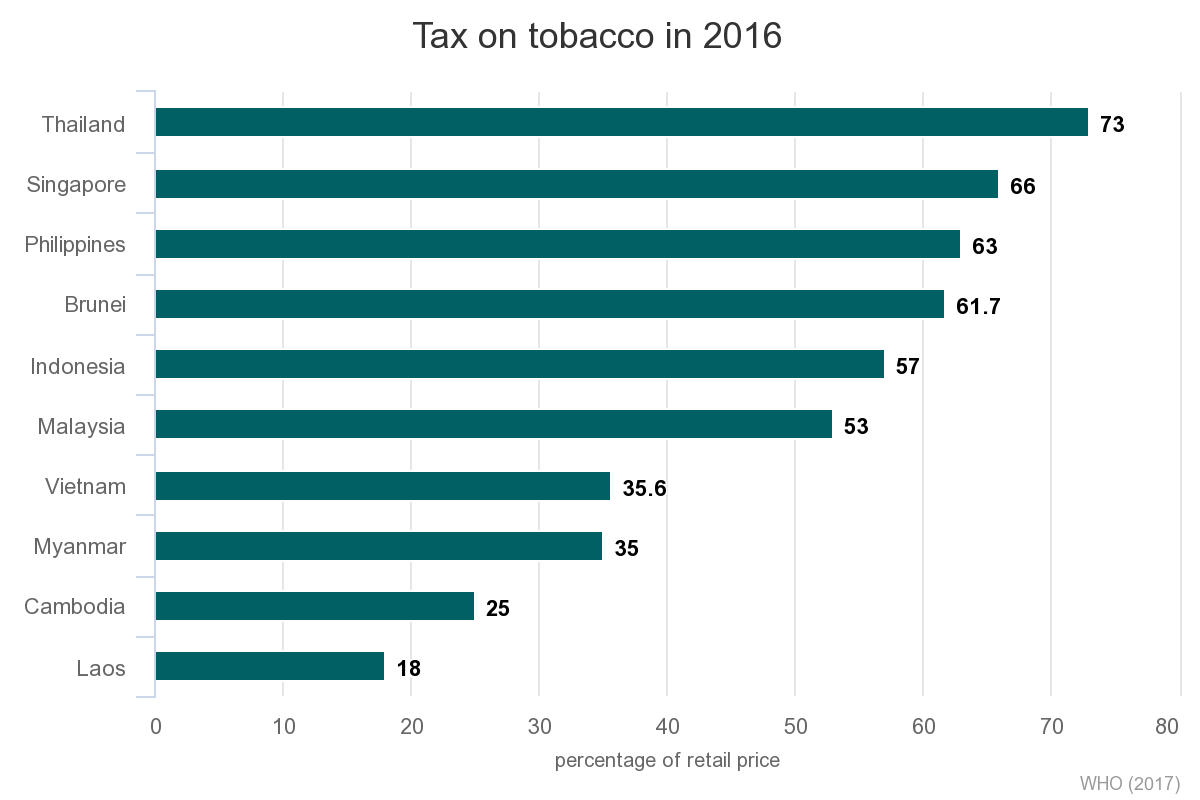 Vietnam’s tobacco prices are the second lowest among 20 western Pacific countries for which data is available, he said.

The Ministry of Finance has proposed two options for raising the tax.

The second option is to increase the SCT every year until it reaches 85 percent in 2021.

Health officials favor the first option, but said the fixed tax should be higher at VND2,000-5,000.

Lam said a tax of VND5,000 would reduce the number of male smokers by 6.3 percent and the number of people dying of tobacco use would fall by 900,000.

Pham Thi Hoang Anh, country director of Healthbridge Vietnam, said the government should gradually increase the taxes on tobacco every year. “Thailand increased them every two years between 1992 and 2015, from 55 percent to 86 percent.”

But that was on wholesale prices, which would be equivalent to 115-600 percent on retail prices in Vietnam, she explained.

“No one is harmed when tobacco tax is raised. There are few industries that are growing as strongly as tobacco, which is growing at 9-10 percent a year.”

A tax hike would not kill businesses, but would decrease the number of smokers and increase the government’s revenues, she added.

Last June WHO advised the Vietnamese government to hike the tax on tobacco to deter people from smoking.

Vietnam is among the 15 countries in the world with the lowest tobacco prices, WHO chief Kidong Park said.

To achieve its target of reducing the rate of male smokers from 47 percent to 39 percent by 2020, the government would need to raise the fixed tax rate on tobacco by at least VND2,000 per pack, he said, referring to the finance ministry proposal.

Vietnam has among the world’s highest numbers of smokers. An estimated 15.6 million Vietnamese spend VND31 trillion ($1.36 billion) on cigarettes each year.

Smoking is a major cause of lung cancer and cardiovascular diseases in the country, and costs it VND23 trillion ($1 billion) in treatment and labor loss annually, according to the Ministry of Health.