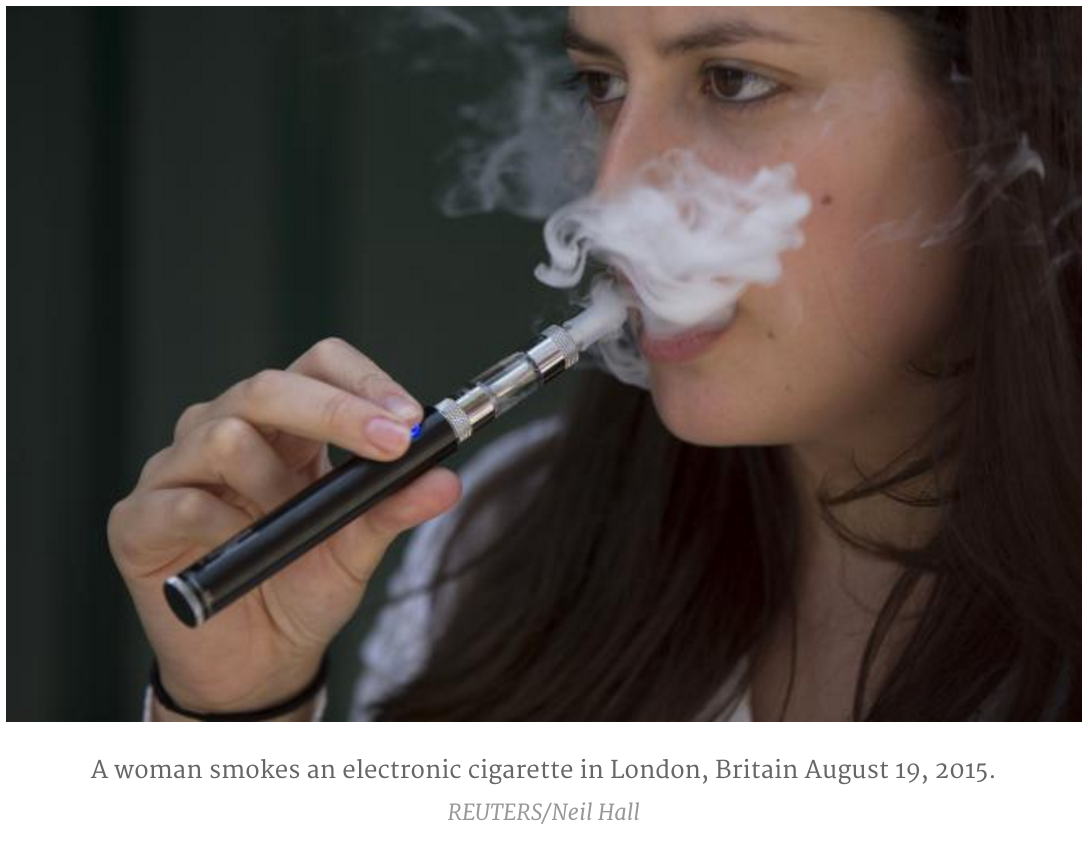 (Reuters Health) – Adolescents who reported using e-cigarettes were about 30 percent more likely to report respiratory symptoms than those who never used e-cigarettes, in a study from China.

The increased risk of breathing problems – like a cough or phlegm – varied depending on whether or not the adolescents also smoked traditional cigarettes.

“E-cigarettes are certainly not harmless and serious health problems of long-term use will probably emerge with time,” Ho added in an email to Reuters Health.

E-cigarettes deliver nicotine through a vapor, which contains propylene glycol and flavoring chemicals known to be bothersome to the respiratory system, the researchers write in JAMA Pediatrics.

While past research found some short-term respiratory effects in adults after e-cigarette use, the researchers say no study had looked for these effects in adolescents.

The new findings are drawn from data collected between 2012 and 2013 from over 45,000 schoolchildren in Hong Kong with an average age of about 15.

Students who smoked e-cigarettes were 30 percent more likely to report breathing problems, compared to those who didn’t use the devices.

Students who reported using e-cigarettes and also smoking traditional cigarettes at some point in their lives were at a 40 percent increased risk of breathing problems, compared to those who didn’t use the devices.

While the study can’t prove the devices caused breathing problems among children, the researchers say the findings support the World Health Organization’s recommendation to regulate e-cigarette use among children.

“Other studies have also shown that adolescent e-cigarette users are more likely to initiate cigarette smoking than non-users,” Ho said. “One in two smokers will be killed by tobacco; two in three if started from a young age.”

Parents, he said, can prevent e-cigarette and traditional cigarette use among their children by not using the devices or tobacco, not exposing their children to secondhand smoke and setting strict smoke-free rules at home.

“E-cigarette use is a controversial topic,” Ho said. “While supporters are optimistic about the potential for harm reduction in the minority of established cigarette smokers, (for) which convincing evidence is lacking, this does not seem to justify the potential harm of re-normalizing cigarette smoking, delaying smoking cessation, and escalating to real cigarette smoking, especially among the majority non-smoking young people.”