Canadian smoking rates lower than ever, but the pace for those quitting has slowed

Although Canadian smoking rates have declined dramatically over the past 50 years, anti-smoking advocates say more federal government support is needed to further the cause.

In 1965, 50 per cent of Canadians smoked, according to a review by Health and Welfare Canada. In 2014, a Statistics Canada report shows that number dropped to approximately 18 per cent — the lowest it has ever been.

But the rate of decline has been slowing. In the past 10 years, smoking rates have declined about 3.7 percentage points, compared to the average decline of 6.4 percentage points in each decade since 1965.

The senior policy analyst of the Canadian Cancer Society, Rob Cunningham, said the fight against tobacco is far from over.

“We have made tremendous progress. At the same time we have a lot of work that remains to be done,” said Cunningham. “It’s still the leading preventable cause of disease and death, killing 30,000 Canadians each year. It causes 30 per cent of cancer death and what we need is a comprehensive strategy, including taxation, legislation and programs to further that progress.” 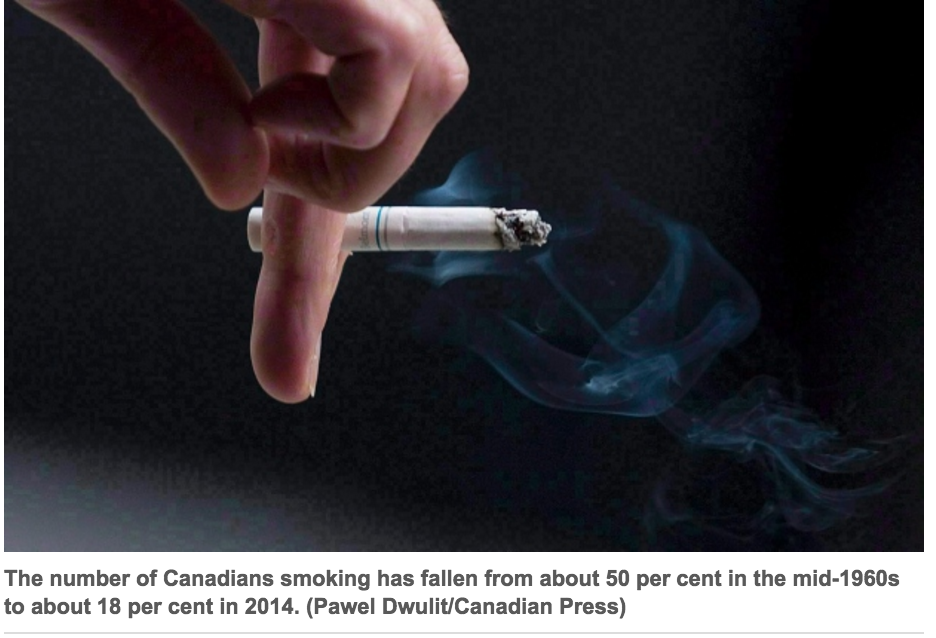 In 2012, the federal government cut $15 million from its national tobacco control strategy, a move widely decried by anti-smoking advocates.

The national tobacco control strategy, which was renewed in 2012, will expire in March 2017.

Cunningham said he hopes the government will update both the strategy and the 1997 Tobacco Act.

“It’s important that Health Canada strategy be enhanced and better funded — and also that the federal tobacco act be modernized,” he said. “It’s almost 20 years old, and at the time it was passed, it didn’t deal with many of the issues we face today.” 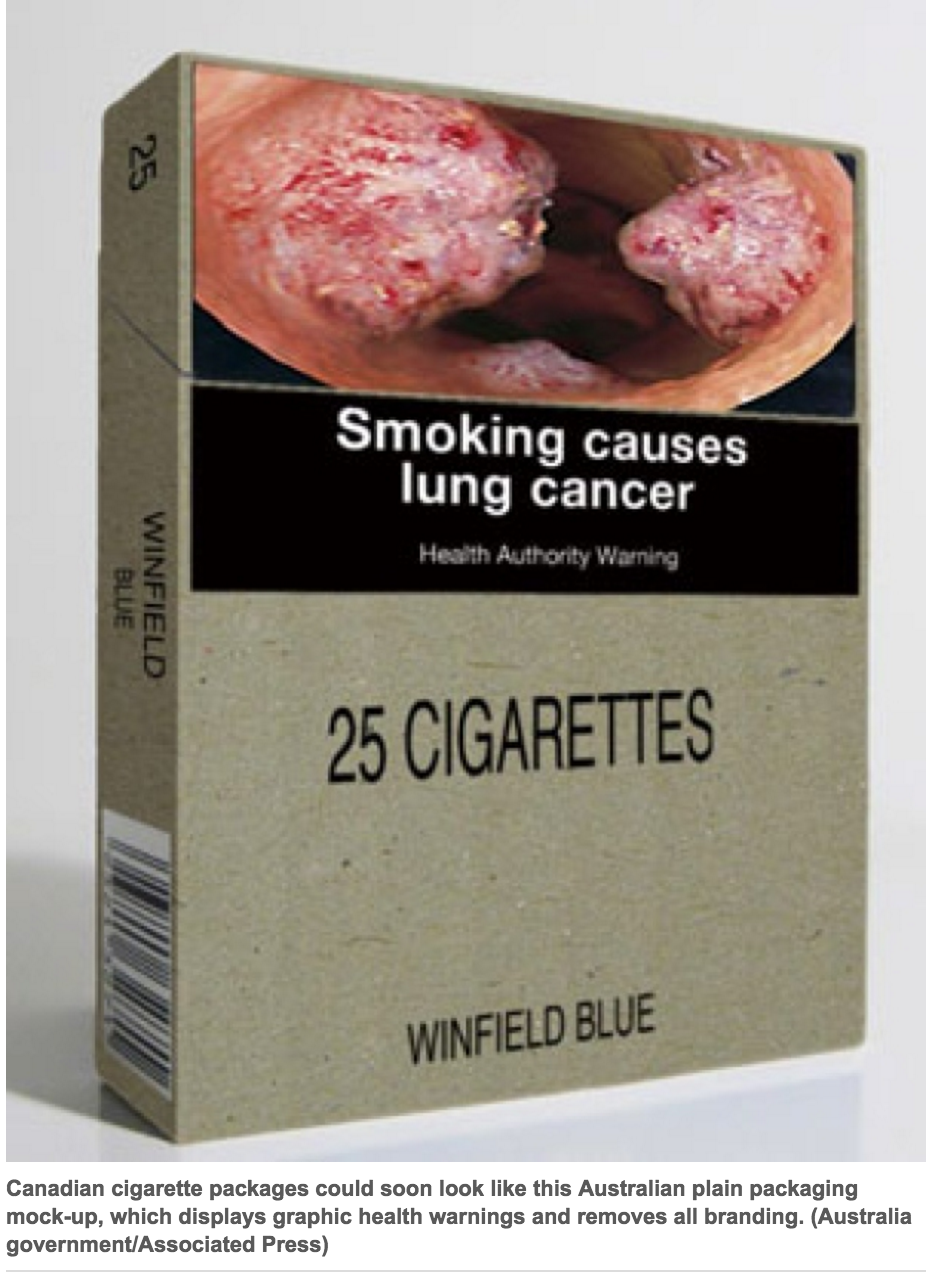 But the recently elected Liberal government has mandated a new tool in the fight against tobacco — plain packaging laws for cigarettes.

Such laws, first implemented in Australia in 2012, remove all branding from cigarette packages and also create a universal size and colour for the packaging.

The latest available statistics show Australia’s adult smoking rate has declined from 15.9 per cent in 2010 to 12.3 per cent in 2013, according to the Australian Institute of Health and Welfare

In an online statement about National Non-Smoking Week, Health Minister Jane Philpott said the government is planning to bring in these laws to Canada.

“As part of our platform, and my mandate, the government of Canada will introduce new plain-packaging requirements for tobacco products. These requirements could include prohibiting brand colours, logos, and graphics on tobacco packages,” the statement said.

Canadian anti-smoking advocates said the mandate is a positive step.

“The federal government is moving forward on plain packaging, which is extremely important,” said Cunningham. “The packaging itself is advertising and it’s well established that advertising increases consumption.”

“We’re delighted that we’re back at the stage where we have a receptive government that’s not only willing to listen to us with plain packaging, but is also committed to implementing plain and standardized packaging in its current mandate,” Tilson said.

Though current smoking rates are lower than ever, Tilson said they could stand to fall even further. But she added that governments will have to do more to make that happen.

“There’s a lot of talk around the world now of end game — and what most people mean by that is getting rates of tobacco down to about 5 per cent,” she said. “We know it’s doable. But governments need to do a lot more for that to happen and just continuing with the incremental approach that we’ve seen in a lot of places is not going to work.”

Provinces creating their own anti-smoking restrictions 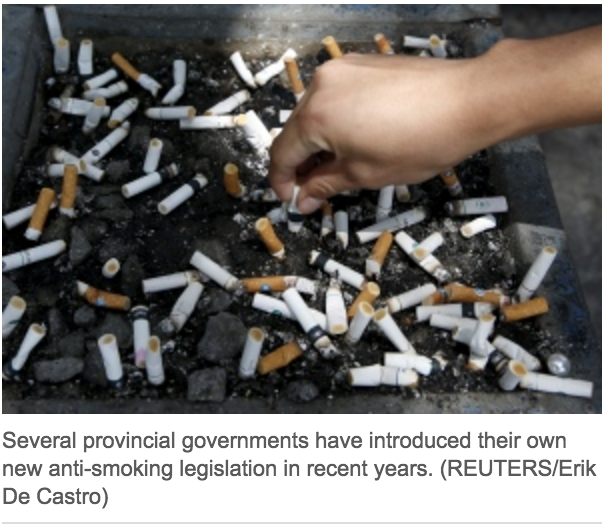 have instituted their own new anti-smoking initiatives in recent years.

On Nov. 26, Quebec passed Bill 44, which puts more restrictions on cigarette smoking, including preventing it on restaurant and bar patios.