Manila—15 March 2012:  Around 2,000 tobacco and cancer victims, bikers and health enthusiasts, tobacco control advocates, health officials, parents and students, and members of the media marched and gathered against a global tobacco exposition in Manila, the Protobex/Intertabac Asia 2012 which runs from March 15 to 17 at the Philippine International Convention Center (PICC).

Carrying placards and banners rejecting the tobacco event in the Philippines and wearing shirts bearing, “No deal with the tobacco industry’ and ‘smoking kills’, the protesters called on the government to strictly monitor the Protobex and Intertabac gathering and ensure that these will not promote tobacco products to the general public, in violation of the World Health Organization Framework Convention on Tobacco Control (FCTC).

The Task Force got information that the twin tobacco events do not have the required permit from the Pasay local government unit.

“If this is true, this clearly shows the industry’s consistent disregard of the authorities in this country as they continue to undermine the local tobacco control laws on tobacco advertising, promotion and sponsorship that protect the young from getting hooked to deadly smoking addiction,” said Dr. Maricar Limpin, Executive Director of FCAP.

SEATCA wrote in its paper, Undermining Tobacco Control Policies in ASEAN, the tobacco companies claim it support the WHO-FCTC but in reality, it is opposed to various FCTC articles and persistently attempts to undermine its implementation.

The regional tobacco control alliance recommended to the Philippine government the implementation of the treaty key obligations without delay, apply the most stringent measures to protect public health by increasing the prices of cigarettes through higher tobacco taxes, requiring picture health warnings on cigarette packs, declare smoke-free public and work places, and implementation of the comprehensive ban on all forms of tobacco promotions including pack display.

The country has an estimated 17 million smokers and sees an average of 10 tobacco-related deaths every hour from diseases such as cancer, heart disease, stroke and emphysema.

The Philippines already has the highest female smoking prevalence rate in the ASEAN region, even as the tobacco industry plans to further promote smoking among the youth and women during the ProTobEx and Inter-tabac.

“This is a national public health disaster, with new tactics and strategies targeting our women and youth. The Protobex/Intertabac 2012 expo itself, are looking to expand product choices to include more flavored and smoke-less cigarettes, attractive packaging, shrouded in a ‘harmless’ marketing and promotion event that should not be tolerated by our country,” said Dr. Rachel del Rosario, Philippine Cancer Society Executive Director.

One of the health advocates highly concerned about the holding of the tobacco expo is Engr. Emer Rojas, a laryngeal cancer victim who lost his voice as a result of smoking.  He heads the NVAP and dedicates his time informing the Filipinos of the dangers of smoking.

The rally in front of the PICC started with the unveiling of the mural showing the tobacco victims to illustrate the severity of the impact of cigarette smoking on the lives of Filipinos that are otherwise prevented if the tobacco control laws are in place and effectively implemented.

“The mural of smoking victims is a symbol of our solidarity with those who have suffered. This is also a positive message that as long as we keep the tobacco industry out, then we will have healthier children and a healthier Philippines,” Rojas explained.

SEATCA director Bungon Rithiphakdee said around 2.4 million per year die of tobacco-related deaths in Asia or 6,575 deaths per day. “Despite this grim fact, the tobacco industry is pushing to increase its market and profits in the region, spelling more diseases and deaths, particularly for our poor and underprivileged,” Rithiphakdee added.

The tobacco industry is said to be looking at the Philippines as an important tobacco market. SEATCA said the tobacco industry has been marginalized in the developed countries and is aggressively working on penetrating the Asian market.

The tobacco control groups lauded the Pasay City local government unit for giving them the permit to hold this protest action and siding with public health amidst this huge display of deadly tobacco products in the Philippine tobacco expo. (ENDS)

There are about 125 million smokers in the ASEAN region from whom the tobacco industry reaps its profits and it is seeking more smokers among Asia’s young.  Countries in the region [all are Parties to the WHO Framework Convention on Tobacco Control (FCTC) except Indonesia] are replete with experiences of how tobacco companies maneuvered to find ways to deter, dilute and delay tobacco control measures.   In some cases, the industry sought to participate in the development of national and sub-national tobacco control policy, in some instances even proposing to draft the legislation for the government.

Although the industry claims it supports the WHO-FCTC, in reality it is opposed to various FCTC articles and persistently attempts to undermine its implementation. For example, the industry thwarts efforts to introduce graphic health warnings on packs which is recommended under WHO-FCTC Article 11, as well as strongly opposes comprehensive advertising and promotion bans as required under Article 13 of the treaty.  While many countries are tightening up tobacco control legislation they are still vulnerable to interference of tobacco companies in derailing legislation:

·       The Philippine government tried to legislate use of pictorial warnings on packs to educate smokers, but the tobacco companies worked to influence legislative committees in congress.

Fortune Tobacco Corporation, PMFTC, Inc., La Suerte Cigar and Cigarette Factory, Mighty Corporation and JT International (Philippines), Inc., all tobacco manufacturers in the Philippines, brought the Department of Health to courts via five cases in Marikina, Batangas, Paranaque, Malabon and Pasig to attack the authority of the government in ordering the use of picture-based health warnings on cigarette packs.  The Regional Trial Court of Marikina Branch 271 issued a preliminary injunction effectively blocking the implementation of the AO while the case is pending.

·       In Malaysia, a ban on “kiddie packs” was deferred, after tobacco companies claimed it would affect livelihood of tobacco farmers.  They have also circumvented pack warning laws by adding more innovative and attractive pack designs.

·       In Cambodia, with industry influence, a law on tobacco graphic health warnings was watered down to text only warnings by the time it was approved.  BAT Cambodia has urged the government to consult them while formulating tobacco control laws.

·       Loopholes in laws banning tobacco advertising bans have also been created and exploited by the industry. In the Philippines, tobacco companies have created their own retail stores splashed in their products’ colors, insisting that provisions limiting their promotions to “in-store” ads allows for such stores that, if allowed to stand, are in fact, and in effect, nothing less than billboards directed at pedestrians.

·       Indonesia, the region’s largest cash cow where 46 percent of ASEAN’s smokers reside, up until today, remains the only non-party to the WHO FCTC in the ASEAN due to strong lobby from the tobacco industry.

The global tobacco treaty, WHO FCTC, has set specific standards on protecting its objectives from being thwarted by the tobacco industry. Article 5.3 of the FCTC is based on the premise that the tobacco industry is the problem, and NOT a stakeholder in public health programs.  Allowing tobacco corporations to influence tobacco control policy violates both the spirit and letter of the FCTC. 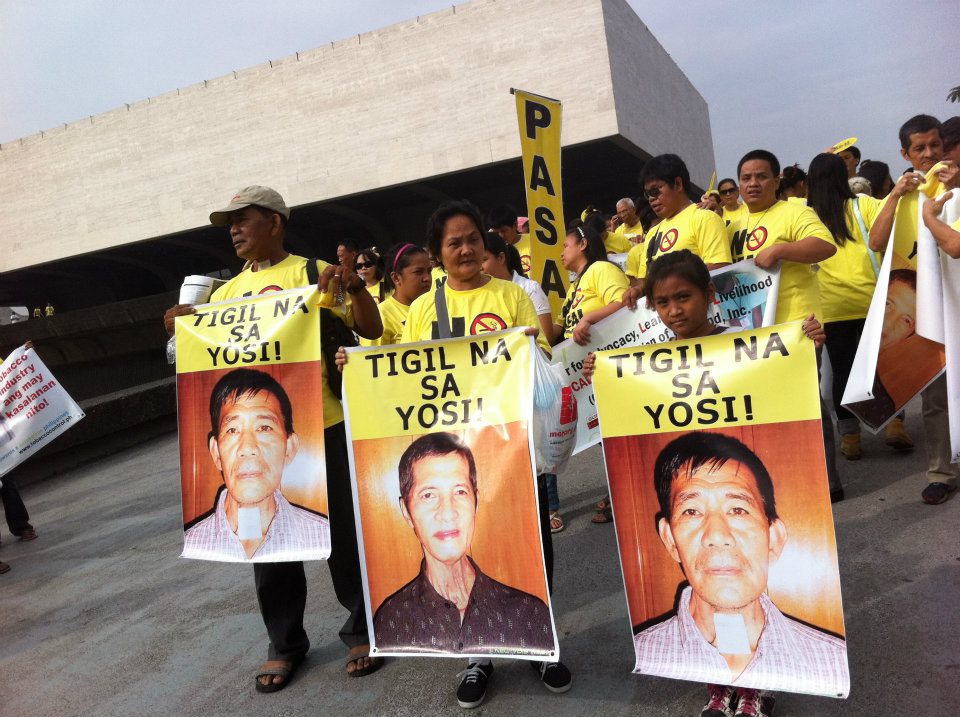 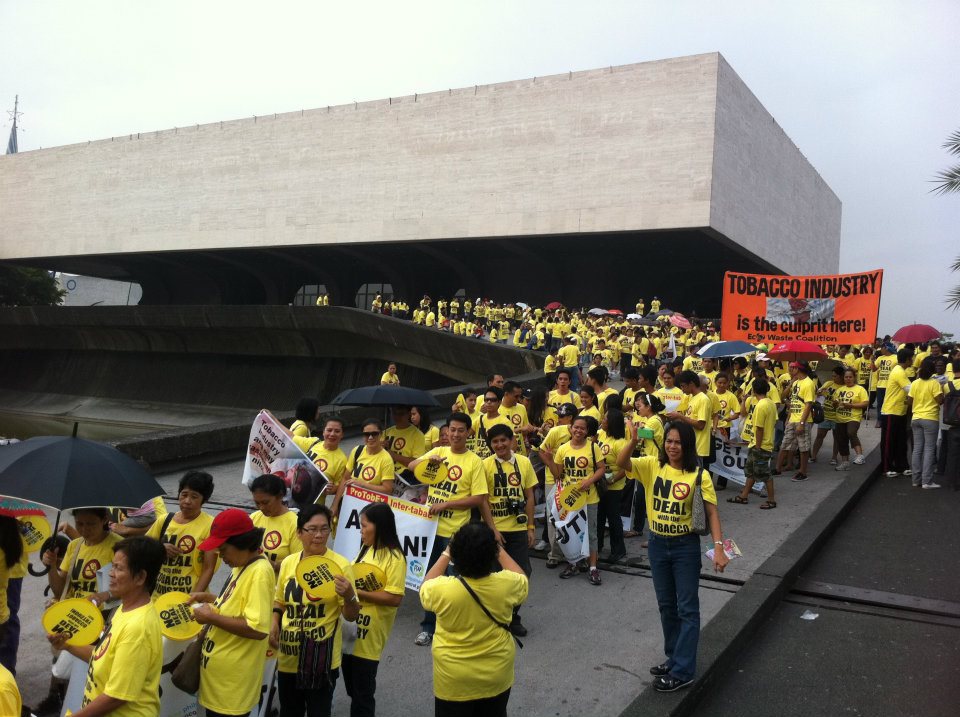 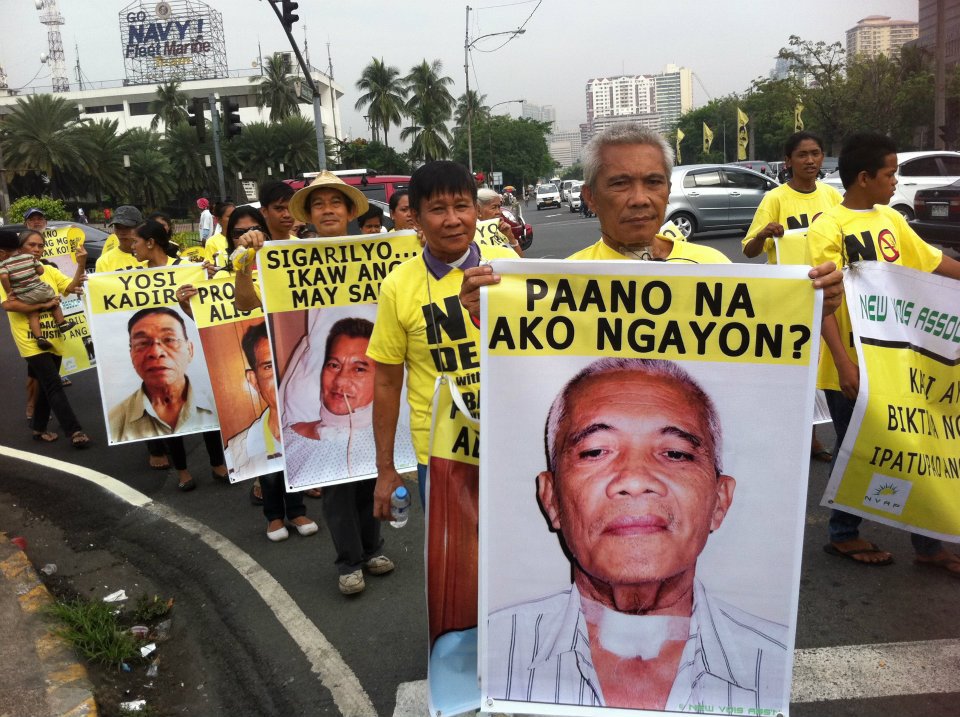 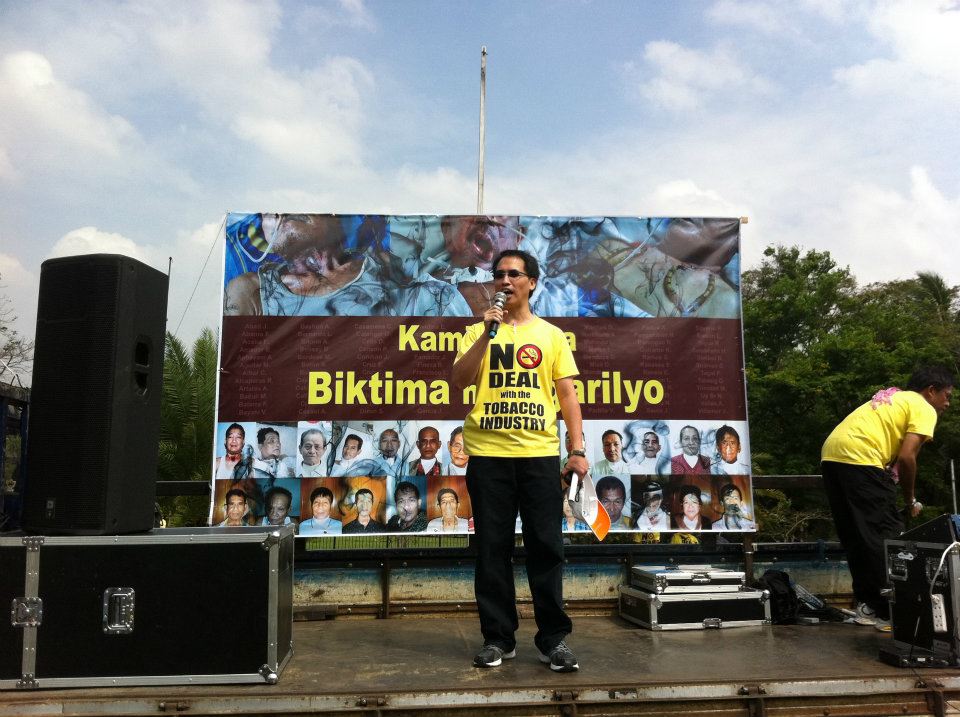