Cigarette boxes will look similar, all packets will have to be the same olive green colour, with the same font, size, case and text appearance.

The move follows a ruling from the European Court of Justice earlier this month which approved sweeping new rules in a bid to slash the number of smokers across the EU by 2.4 million.

While some have reservations about whether it will achievie its aims, Dr Nick Hopkinson, spokesperson for the British Lung Foundation, says evidence shows plain packaging does work to cut smoking rates. 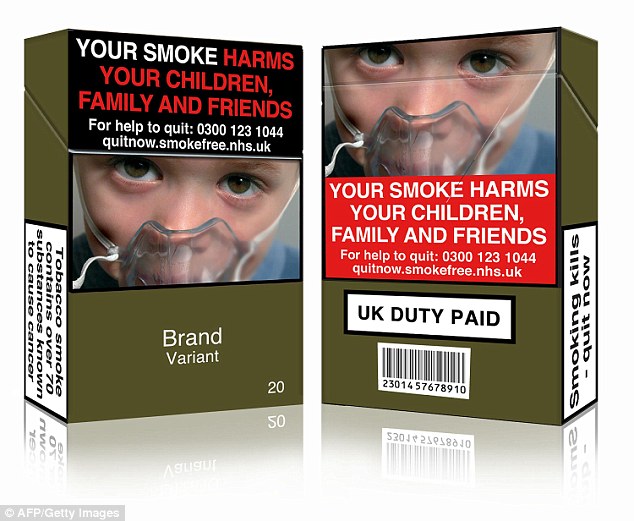 New cigarette packaging laws are coming into force today, which means all boxes will have to be the same olive green colour, with the same font, colour, size, case and text appearance. Dr Nick Hopkinson, spokesperson for the British Lung Foundation, says evidence shows plain packaging works to cut smoking

From now on, you won’t see cigarette packs with imperial purple borders, gold lettering and enticing scenes from exotic locations.

Instead, all tobacco products will be sold in dull green packets with the brand name in regulation font, without a hint of a swirl or an embossed coat of arms.

The UK has become the second country in the world and the first in Europe to require cigarettes to be sold in plain standardised packaging – although there is a grace period of one year to allow manufacturers and retailers to use up current stock.

I think it is an important step forward for public health.

As a consultant chest physician based at the Royal Brompton Hospital in London and spokesperson for the British Lung Foundation, I see at first-hand what happens when someone starts smoking young, beguiled by glitzy packs and slogans suggesting cigarette smoking is glamorous and fun.

Every year, around 200,000 young people in the UK aged between 11 and 15 start smoking for the first time and many will go on to smoke for decades putting themselves at risk of lung cancer and emphysema.

It is this group who should benefit the most from the implementation of the Standardised Packaging Tobacco Products regulation. 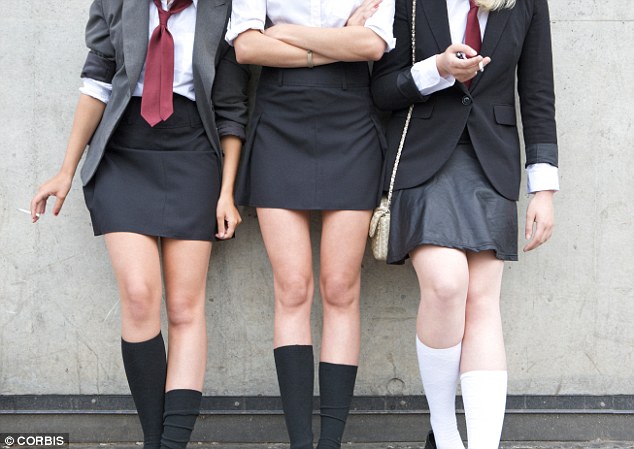 Every year, around 200,000 young people in the UK aged between 11 and 15 start smoking. It is this group who will benefit most from the new rules – which make smoking less attractive – Dr Hopkinson said (file photo)

At this age, their lungs are still growing so they are especially vulnerable to the toxic effects of cigarette smoke.

We know that standardised packaging works. In Australia, smoking rates are now at a record low level.

Overall smoking rate has fallen by 2.2 per cent since they brought in new rules in 2012.

There have been other measures which have helped to drive down the popularity of smoking, including hiking prices and making sure that health warnings now cover the majority of the packet, but we can show that plain packaging is responsible for about a quarter of this improvement.

This suggests that tens of thousands of people have not started smoking in Australia who would have done so otherwise. 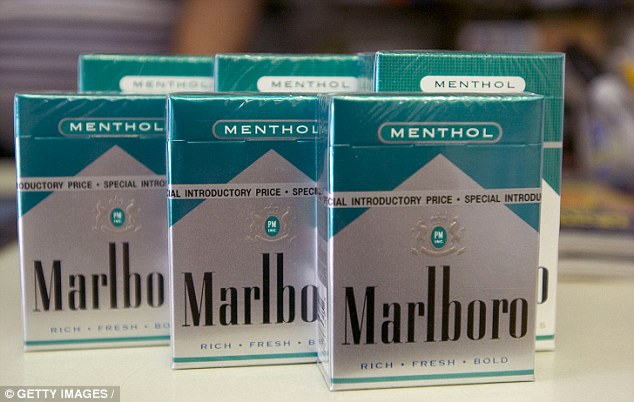 In the UK, this move comes hard on the heels of other moves to make smoking a less attractive proposition.

Shops can no longer put cigarettes packets on display and cigarettes cannot have words associated with them including ‘lite’ and ‘natural’ which implies some kind of benefit.

Soon, flavoured cigarettes like menthol, will also be banned and this will be another turn off for younger smokers who may start with a ‘pleasant tasting’ brand before moving on.

This change, which is being introduced as part of the EU Tobacco Products Directive, will be phased in more gradually. It can’t come soon enough for me.