Cigarette manufacturer British American Tobacco (BAT) is caught up in yet another bribery scam in Uganda, days after the firm was reported to have bribed Kenya’s former Trade minister Moses Wetang’ula. 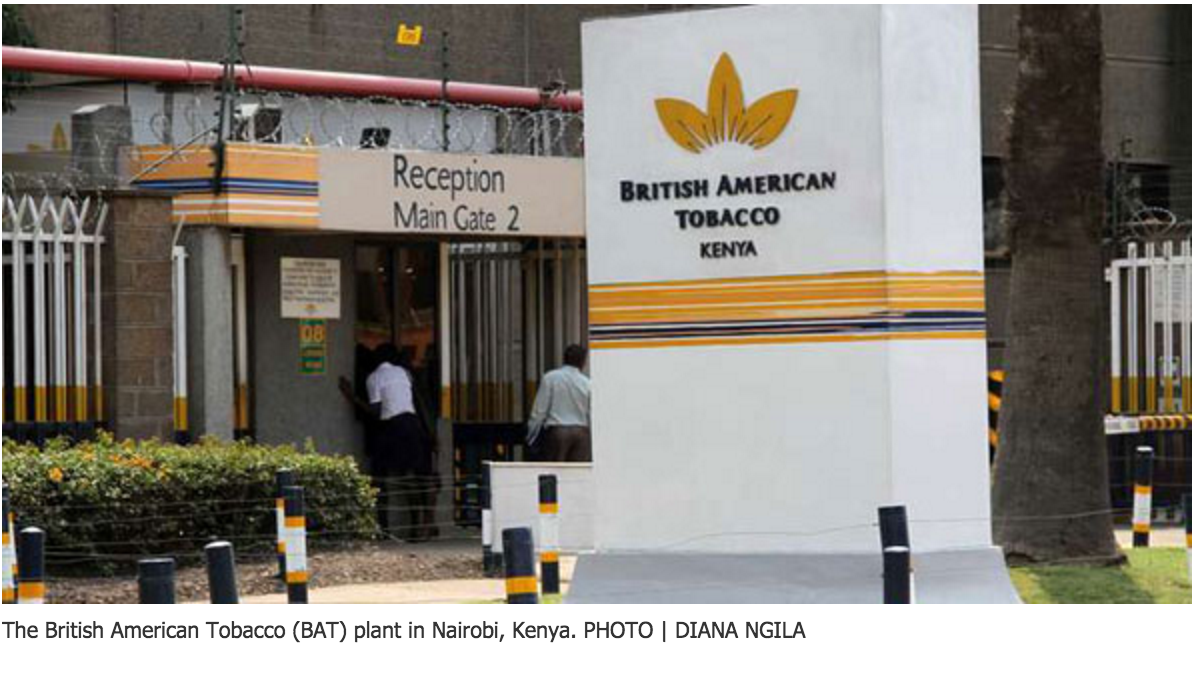 But the London-based tobacco firm has denied any wrongdoing, saying it is not the subject of any investigation by the UK’s Serious Fraud Office.

“As far as we know the SFO has not set up any inquiry but if they do, we will cooperate fully and are confident there has been no breach of the UK Bribery Act,” a spokesman at BAT Plc said in response to the Business Daily’s queries.

Solomon Muyita, an ex-employee of British American Tobacco Uganda (Batu), has claimed that the tobacco firm bribed a local environmental official to misreport the impact from a fire at one of its warehouses in Uganda.

The bribery scams at BAT units in Kenya and Uganda were unearthed by BBC’s Panorama programme.

Mr Paul Hopkins, who worked for BAT Kenya for 13 years, leaked hundreds of secret documents to a British Broadcasting Corporation (BBC) editorial team implicating the multinational in the bribery of government officials in Kenya and other African countries.

Muyita, 38, makes the claims in a case challenging his dismissal from Batu in 2013 where he was corporate and regulatory affairs co-ordinator, the Financial Times newspaper reported yesterday. He now works as a communications officer in Uganda’s Judiciary.

“The cigarette group bribed an official to secure a report stating there was no harmful impact from the fire,” FT reported.

Mr Muyita further claimed that the British company paid off victims in Uganda who allegedly suffered chemical poisoning in a separate incident.

The fresh allegations come barely a week after Julie Adell-Owino, a former BAT Kenya lobbyist, was alleged to have organised payment of bribes to senior government officials, including Mr Wetang’ula, for reasons that were not explained.

The BBC said Ms Adell-Owino used a pseudonym (Amanda) and a non-BAT email address to coordinate the payments of the bribes with other employees of the multinational.

Ms Adell-Owino last week resigned from EABL where she had taken a new job, indicating that the brewer did not want to be associated with the corporate upheaval at BAT.

Among those who were allegedly bribed in Uganda are MP Kasirivu-Atwooki who is said to have received $20,000 (about Sh2 million) as an inducement to doctor a parliamentary report, the BBC claims.

The broadcaster says Mr Atwooki took the money to undermine BAT’s rival, whom they did not name.