Public smoking in China’s capital, Beijing, is now banned after the introduction of a new law.

China has over 300 million smokers and more than a million Chinese die from smoking-related illnesses every year.

Smoking bans already existed in China, but have largely failed to crack down on the habit.

These tougher regulations, enforced by thousands of inspectors, ban lighting up in restaurants, offices and on public transport in Beijing.

On the first day of the ban, a hotpot restaurant in Beijing became the first venue to receive an official warning. Inspectors found cigarette butts inside the restaurant, which had also failed to promote a smoking complaint hotline.

Smoking in China often seems like a national pastime. The country consumes a third of the world’s cigarettes. More than half of men smoke. It’s seen by many as a masculine trait – women, in contrast, rarely smoke.

A common greeting among men is to offer a cigarette – the more expensive, the better. A carton of cigarettes also remains a popular gift.

Anti-tobacco campaigners say many smokers are simply unaware of the health risks of their habit. They accuse the authorities of being addicted to the tax revenues generated by cigarette sales and therefore not warning smokers about the dangers.

But now there are signs the government has changed its mind. In the past, China’s leaders such as Chairman Mao and his successor Deng Xiaoping were rarely seen without a cigarette in hand. But the current President Xi Jinping has bucked the trend: he’s quit. And he’s also banned officials from smoking in public in order to set an example. 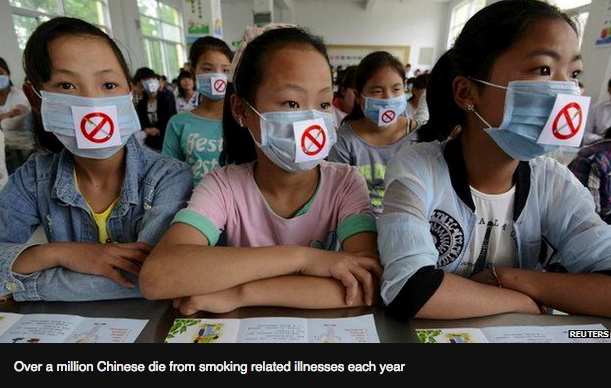 Ministry of Health guidelines published in 2011 banned smoking in all public spaces nationwide such as hotels and restaurants.

The rules were vague, however, and often flouted by Chinese smokers who are accustomed to lighting up at will.

The new rules were agreed by lawmakers in November 2014 but only came into effect on 1 June.

Under the legislation lawbreakers in Beijing will be fined 200 yuan (21; $32) and businesses that turn a blind eye could be fined up to 10,000 yuan. 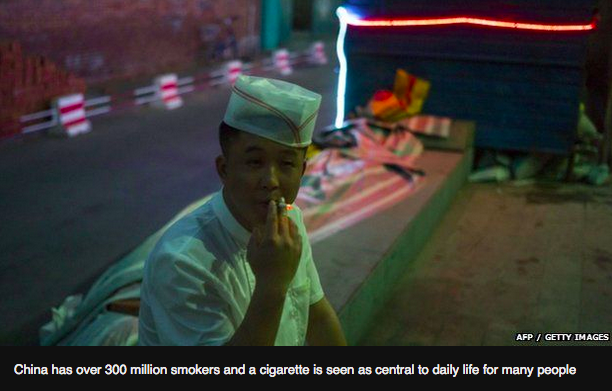 Repeat offenders will be named and shamed on a government website, according to the Reuters news agency.

The new law also cracks down on tobacco advertising across the city. 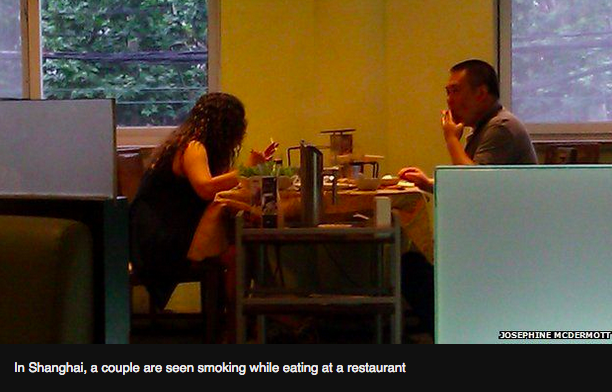 The World Health Organization has welcomed the new tougher regulations.

“When implemented, this new law will permanently bring clean air to all of Beijing’s indoor public places – in doing so, protecting Beijing’s more than 20 million residents from the deadly effects of exposure to toxic second-hand smoke,” said its representative in China, Dr Bernhard Schwartlander.

However, others believe that the sheer popularity of the habit will make the regulations difficult to enforce.

Yang Gonghuan, former vice-director of China’s centre for disease control told the AFP news agency: “It is unrealistic to absolutely abolish ‘indoor smoking’ since too many people smoke.”