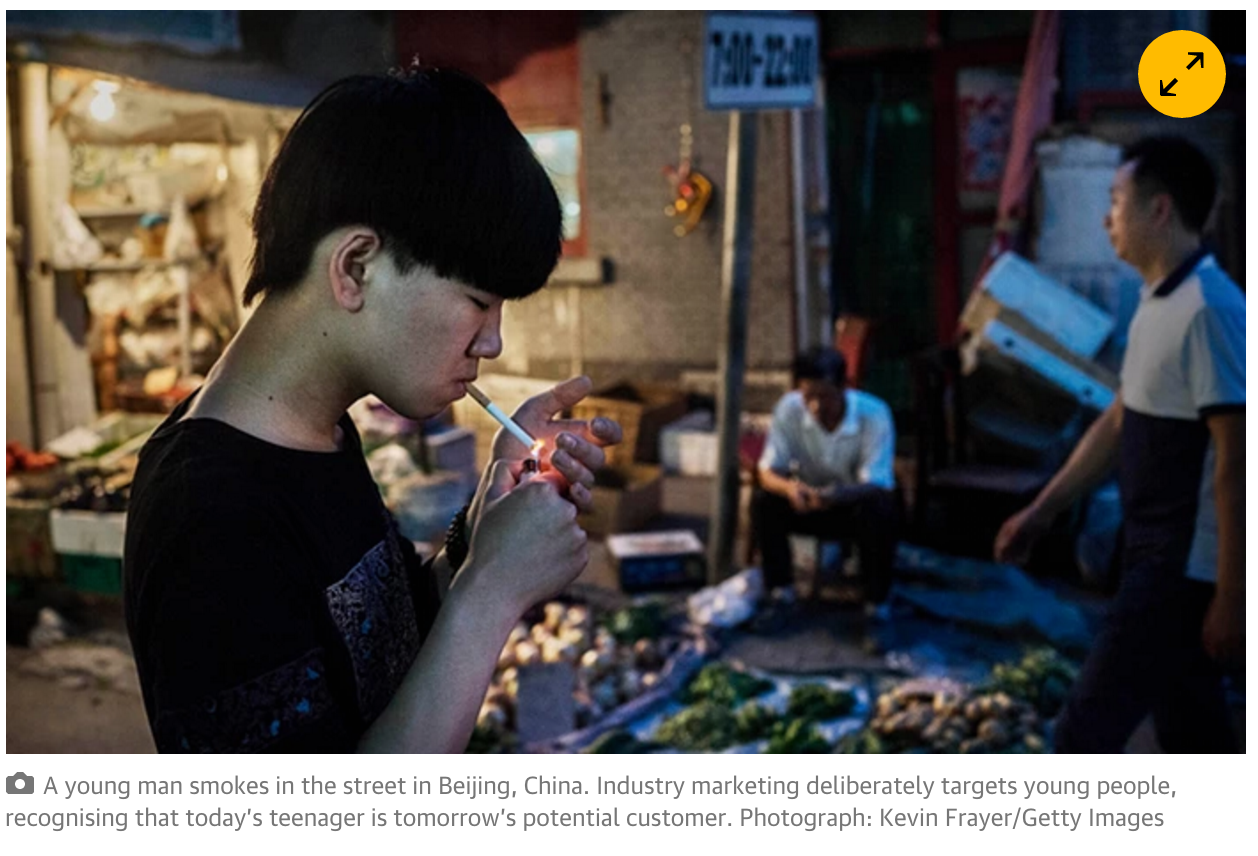 Tobacco is the only consumer product that kills when used exactly as the manufacturer intends. It does so at an alarming rate – one in two long-term users will eventually be killed by their habit.

It is the tobacco industry’s insidious marketing of its product that fuels this increase in tobacco use. Growing numbers of deaths from tobacco will follow, stifling economic development, with the poorest countries hardest hit.

Evidence shows that tobacco marketing drives the uptake of smoking, especially among young people. While the tobacco industry continues to argue that it only markets to persuade adult smokers to switch brands, overwhelming evidence links the industry’s use of marketing to spiralling rates of tobacco use. Before the Soviet Union opened up to “big tobacco”, very few women smoked. Within 10 years of the major tobacco companies flooding the Russian market with marketing,female smoking rates in Russia had doubled and the age of smoking uptake had fallen.

If this epidemic is to be halted, comprehensive bans on tobacco marketing are essential. One hundred and eighty countries are now legally obliged to implement such bans. They are parties to the World Health Organisation’s Framework Convention on Tobacco Control (FCTC). This global treaty, which came into force 10 years ago, sets out evidence-based tobacco control measures which parties must implement.

Yet the latest evidence shows that tobacco industry marketing remains a significant global problem, particularly for people in the poorest countries who are the most exposed to it. Our study, published this week, examined tobacco marketing across 462 communities in 16 countries. It compared levels of marketing in high-, middle- and low-income countries while accounting for differences in access to television, radio and the internet and in the respondents’ gender, age, education, smoking status and whether they have close friends who smoke.

This high level of marketing in poorer countries is consistent with the tobacco industry’s targeting of these countries. They are key to the industry’s future. In the west, the tobacco industry’s profits continue to increase despite the decline in smoking rates , but it is unclear how long this pricing power will hold out in the face of growing regulations. The requirement for tobacco to be sold in plain packs, due to come into force in the UK next year, is a particular threat.

Of all the world regions, Africa is probably most critical to the long-term future of the tobacco industry. The tobacco epidemic is at its earliest stage in Africa, meaning the industry still has millions of potential customers to recruit. Marketing will drive this recruitment, and industry marketing deliberately targets children, recognising that today’s teenager is tomorrow’s potential regular customer.

It is depressing that 10 years after the framework convention came into force, tobacco marketing remains ubiquitous. Evidence shows that the FCTC has led to significant progress in other areas of tobacco control but that comprehensive bans on marketing are one of the treaty’s least adopted measures. A concerted effort is needed to implement and enforce marketing restrictions before millions more die needlessly. Holding the tobacco industry to account is an essential first step.