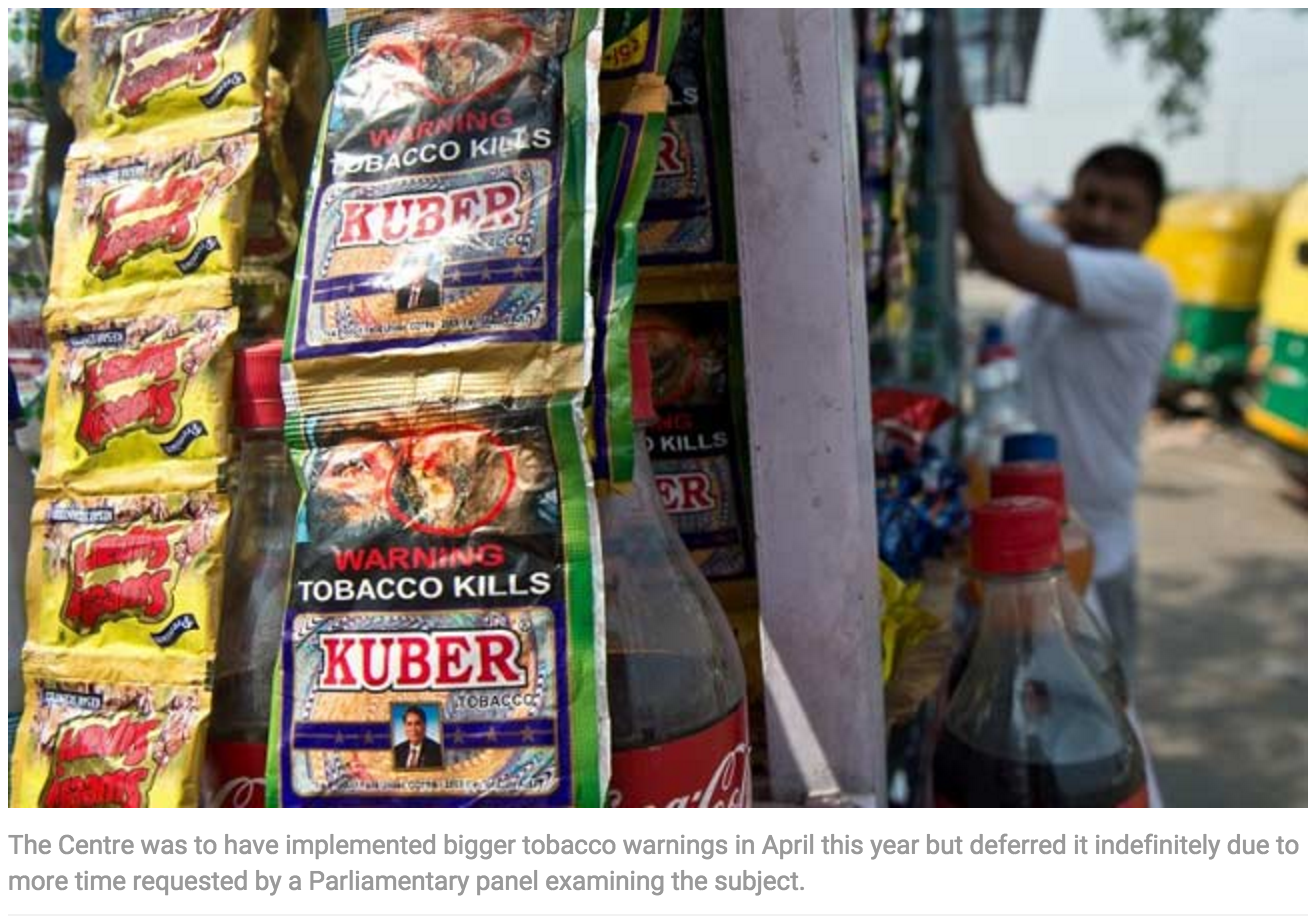 JAIPUR:  Graphic warnings will have to cover at least 85 per cent of the packaging on both sides of tobacco products, the Rajasthan High Court ruled today.

The new rule will have to be implemented from April 1 next year, the Court told the Centre. Currently pictorial warnings cover only 40 per cent of one side of tobacco products such as cigarettes.

“We are not inclined to hear you , will hear only about the implementation of the order,” observed the Rajasthan High court today in response to a plea moved by a group claiming to be “private tobacco vendors”.

The group had unsuccessfully tried to convince the court to delay an order on bigger pictorial warnings claiming they needed time to “diversify their business”.

“It is high time big tobacco companies and their fronts look beyond increasing profits and think of the one million Indians who die from tobacco use every year,” said Jaipur based anti-tobacco campaigner Rahul Joshi who had filed the petition in court.

Mr Joshi, who lost a relative to tobacco use, admitted that his campaign wasn’t over.

“They may even try and go to the Supreme court or other courts, this is the only industry which kills its consumers,” he said.

The Centre was to have implemented bigger tobacco warnings in April this year but deferred it indefinitely  due to more time requested by a Parliamentary panel examining the subject.

The head of the Panel, BJP lawmaker Dilip Gandhi had sparked a controversy when he suggested that there was no Indian study linking tobacco use to cancer.

The Centre had a month later said it would now go ahead with bigger warnings from April next year.