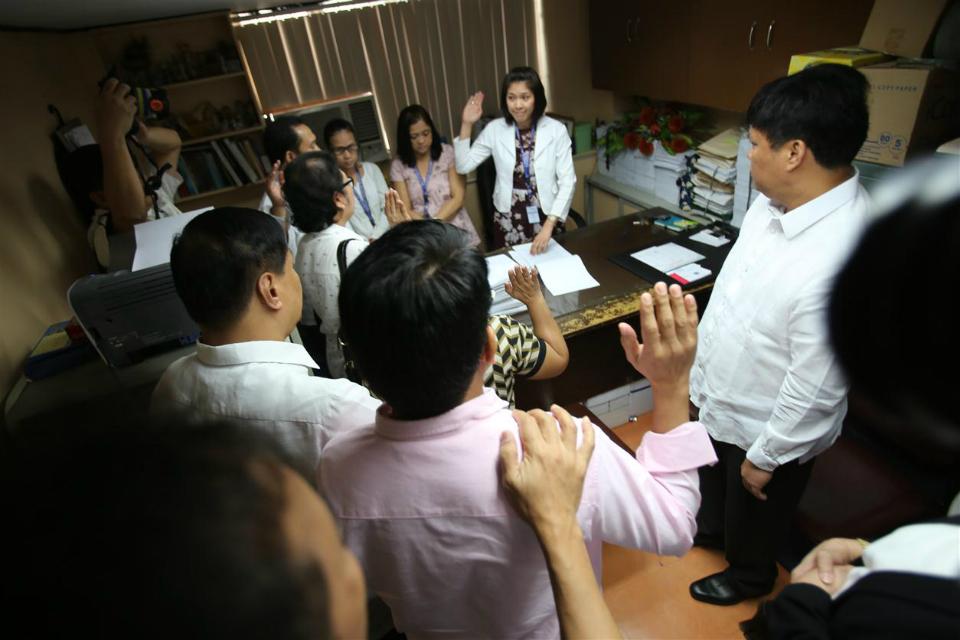 The complaints of unlawful possession of articles subject to excise tax without payment of tax and of possessing false, counterfeit, restored or altered stamps were received by Senior Assistant State Prosecutor Susan Dacanay, chairperson of the DOJ’s Run After Tax Evaders (RATE) Task Force.

Mighty Corporation’s legal counsel Sigfrid Fortun told GMA News Online the company considers the case as a way for the cigarette maker to clear its name with regards to the allegations.

“The company welcomes the filing by the BIR of the complaint, as it provides us an opportunity to clear our names and show we violated no tax laws,” he said in a text message.

“We will continue to cooperate with government in its continuing effort at tax collection,” he added.The complaints will undergo preliminary investigation to determine if Mighty Corporation officials should be charged in court over unlawful act of using fake stamps on cigarette packs and evading payment of the tobacco excise tax.

But Finance Secretary Carlos Dominguez III found the amount too small, saying the Bulacan-based cigarette manufacturer must pay 10 times over its assessed liability.

“There’s no settlement. How can we settle? We don’t know the total amount due yet,” Dominguez said, noting only three of the company’s warehouses have been raided so far.

Henares noted the previous administration was not able to file any complaint against Mighty Corp. as the evidence presented to the government was not admissible in court.

“In the presence of Bureau of Customs personnel, Philippine National Police officers, Mighty Corporation representatives and barangay officials, internal revenue stamps affixed on the cigarette packs were tested using the Taggant reader, a BIR-registered equipment used to test the authenticity of stamps affixed on cigarette packs,” the BIR said in a separate statement given to reporters on Wednesday.

“The tests conducted showed that the stamps are fake or not authentic. The master cases containing the said cigarettes with fake stamps were marked ‘tested fake’ and confiscated,” the bureau said.

Revenue officers then made an inventory the results of which showed Mighty Corporation stored 66,281 master cases containing 33,140,500 packs of cigarettes.

“The stamps are fake since they did not contain one of the multi-layered security features of a valid internal revenue stamp,” the BIR said.

Also, the tax stamps were not affixed at the production plant of Mighty Corporation in Barangay Tikay, Malolos, Bulacan as required by law, the BIR said, noting that Mighty Corporation was not able to present official delivery receipts covering shipments to the SSIP warehouses.

“Such failure to present the official delivery receipts showed that the cigarette packs in the SSIP warehouses did not come from the manufacturing plant in Barangay Tikay where such stamps should have been affixed,” the BIR said.

The four warehouses in SSIP are also not registered with the BIR as certified by the Excise Large Taxpayer Regulatory Division, it noted.

“Thus, Mighty Corporation cannot legally remove these packs of cigarettes from their only plant in Tikay, Bulacan for delivery to the said unregistered warehouses,” the BIR added. — VDS, GMA News