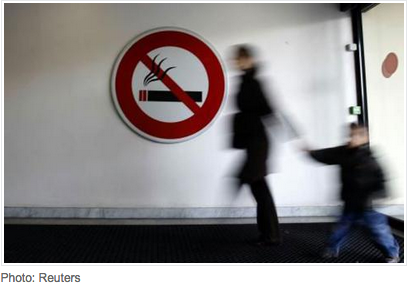 The government is stepping up to clamp down on illegal tobacco products as majority of smokers in Brunei buy their cigarettes from the black market, a Ministry of Health official said.

“Legal sources of selling cigarettes are no longer there, but our survey found there are still people smoking. We are aware the majority of these are from illegal tobacco products,” she said.

In 2014, the Ministry of Health (MoH) found 18 per cent of adults were tobacco users with 12.4 per cent smoking on a daily basis.

Dr Hjh Norhayati pointed out the latest figures have increased slightly from 2011 and 2001 with 15.2 per cent and 17.5 per cent of smokers respectively.

It was previously reported that there was a 400 per cent increase in cigarette smuggling in 2011 driven by a sharp hike in tobacco tax and ban on duty-free cigarettes enforced in the previous year.

“It’s not only MoH. Other sectors – who are also members of the committee – are working equally as hard with us, especially our colleagues from Royal Customs and Excise Department, in trying to mitigate or reduce tobacco supply,” she said.

In the latest crackdown on illegal tobacco products, the Magistrates’ Court last month imposed over $300,000 in fines after four customs offenders pleaded guilty to possession of more than 177 cartons of untaxed cigarettes.

According to the Royal Customs and Excise Department, there has been a rising number of cigarette smuggling with 58 cases recorded in April.

“It’s really challenging, because there are so many aspects to curbing tobacco use such as the behavioural aspect, the cultural aspect and social norms that we have to deal with. It’s a call for us to have an appreciation for all the factors that we need to address,” said Dr Hjh Norhayati.

Among the initiatives to reduce smoking in Brunei is the Tobacco Control Order 2005, which was drafted in line with the World Health Organisation’s Framework Convention on Tobacco Control.

Recent anti-smoking efforts introduced to the public include the provision of smoking cessation clinics at all health centres nationwide with professional counselling services to aid smokers intending to overcome their tobacco habits.

MoH also enforced long-term initiatives such as bans on tobacco advertising, smoking in public places and certain vehicles as well as sales control on tobacco products.