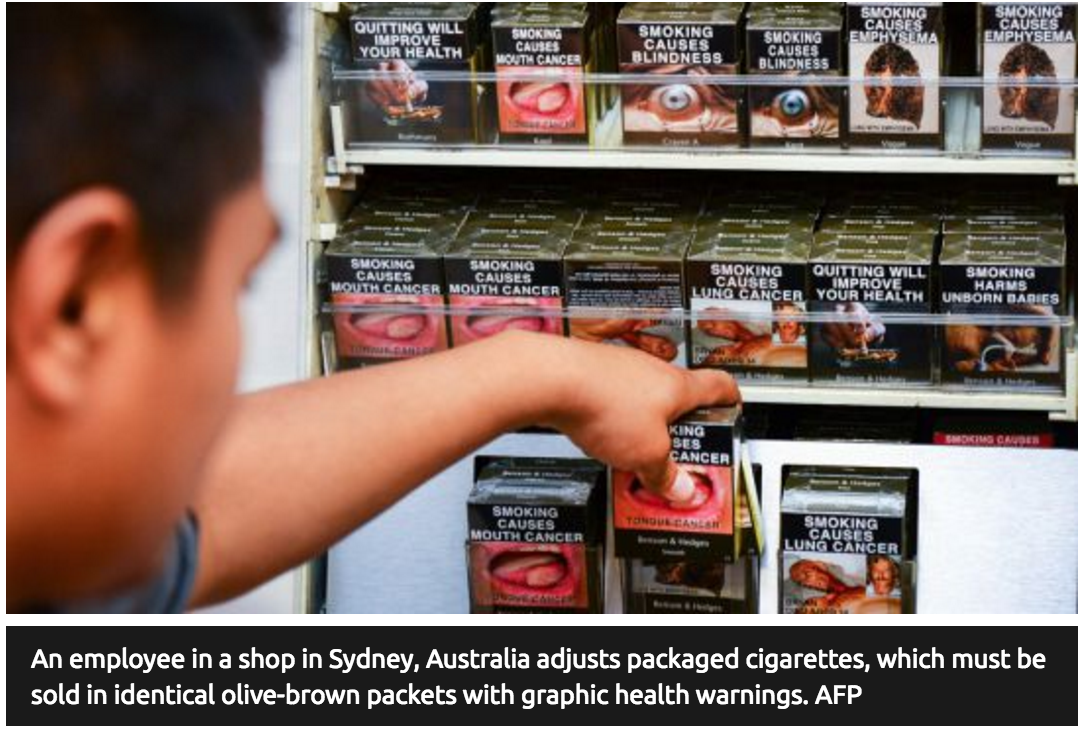 The government in July will begin to issue fines to tobacco companies, distributors and retailers that don’t display a graphic warning on cigarette packages.

A group of NGOs held a press conference yesterday to disseminate information on the fines in an effort to warn the industry. Tobacco companies that fail to abide by the law beginning July 23 will face a 4 million riel (about $1,000) fine, distributors and wholesalers will face a 2 million riel fine and retailers will face a 10,000 riel fine.

The graphic warnings will need to cover 50 per cent of the cigarette packets, with a written message in Khmer covering another 5 per cent.

“People are willing to quit smoking when they see the warnings,” said Dr Mom Kong, director of the Cambodia Movement for Health. “It also prevents children from picking up smoking; children are less attracted [to the cigarettes].”

Currently, about 30 per cent of the packets are covered with a text message only.

Dr Yel Daravuth, a technical officer at WHO Cambodia, said graphic images have shown to be effective in other countries, such as Thailand, which has seen a roughly 20 per cent increase in the number of smokers interested in quitting over the last few years. “They are also effective for people who can’t read,” he said, noting Cambodia’s comparatively low literacy rates.