Cambodian youth came together today to be equipped as frontliners in the fight against tobacco use. More than 100 young Cambodians from 15 universities and 5 youth organizations took part in a workshop to arm themselves with knowledge and skills to battle the influence and scourge of tobacco companies.

The workshop, spearheaded by the Cambodia Movement for Health, the WHO Cambodia and the Southeast Asia Tobacco Control Alliance (SEATCA), sought to train the youth to be effective tobacco-control advocates from the battlefronts of media, government offices, to the legislative and executive halls where health policies are crafted.

“We aim to turn the youth from being the most vulnerable target market of tobacco companies to being the most empowered and most vocal for turning back the tobacco industry,” SEATCA Director Bungon Ritthiphakdee said. “This workshop allows young Cambodians to defend themselves and others from one of the biggest killers in the world.”

Cambodia has some of the cheapest tobacco products in the region and in the world. The tobacco industry tries to keep the price low precisely to make it affordable to youth with little disposable income. Among other objectives, the coming workshop will thus educate the participants on the virtues of raising tobacco taxes to ultimately raise the prices of cigarettes and other tobacco products.

“Tobacco taxes can save Cambodian youth, the worlds youth, from addiction and harms of tobacco. Raising these taxes, which raises cigarette prices, is like raising a wall between the youth and the tobacco industry,” said SEATCA Initiative on Tobacco Tax (SITT) project director Dr. Ulysses Dorotheo. “The higher that wall, the safer Cambodia’s youth and people will be,” he adds.

It is knowledge and messages like that, SEATCA says, that will equip the Cambodian youth to confront the industry that’s coming at them with so many campaigns. Tobacco industry interference to tobacco control policy aims to weaken tobacco control law, or not to have laws at all. All sectors must work together with the youth of Cambodia to ensure the WHO FCTC is strongly implemented.

Youth, especially in Cambodia, have shown that nothing is impossible, if you have the numbers. “If the youth are aware of how they are being targeted and victimized, they will not only be able to defend themselves, they will fight back,” said Dr. Mom Kong, Executive director of the Cambodia Movement for Health.

“We organized this Youth workshop on Tobacco Taxation, for this urgent mission of empowering the youth to fight for their own future. And as Dr. Margaret Chan, WHO Director General said, ‘The tobacco epidemic is entirely man-made’—Let us stop this tobacco ‘epidemic now” adds Ms. Rithiphakdee.

Cambodia’s tobacco tax, at 20- to 25-percent of retail prices, is still among the lowest in the ASEAN region, and is in fact the second lowest in the ASEAN. As a result, local cigarette brands are the cheapest tobacco products in Southeast Asia. Foreign tobacco brands are cheaper in Cambodia than any other ASEAN country, other than in the Philippines and Vietnam.

The National Adult Tobacco Survey says that in 2011, there were already close to 2 million smokers in Cambodia. 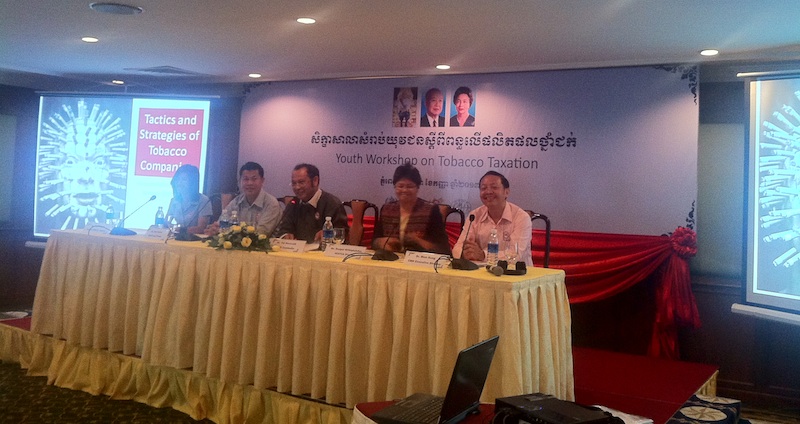 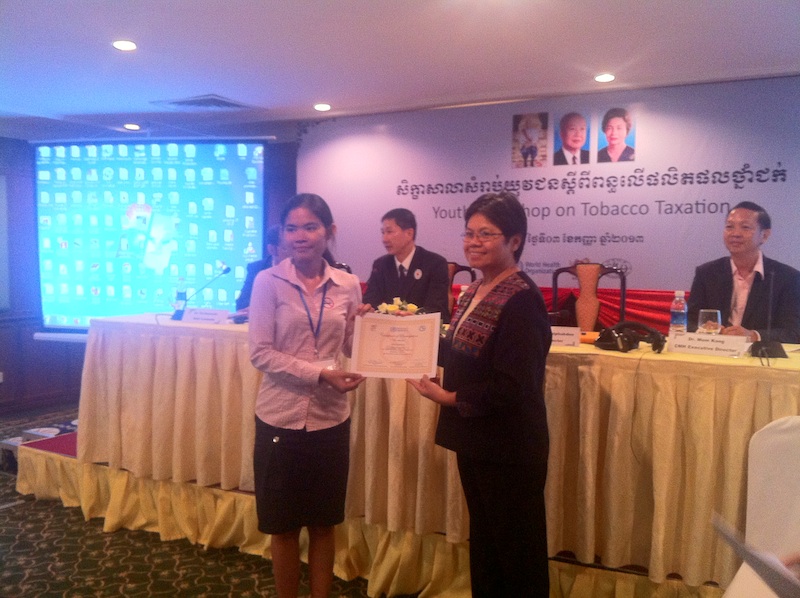 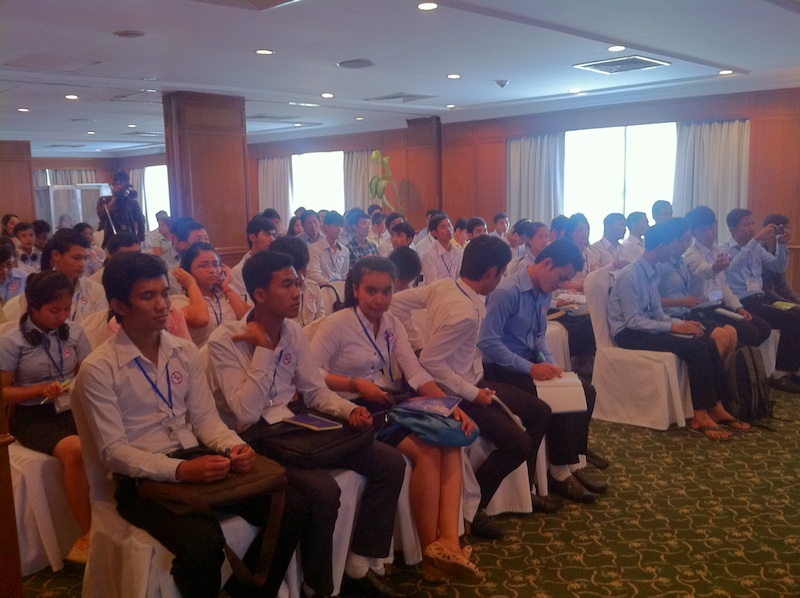 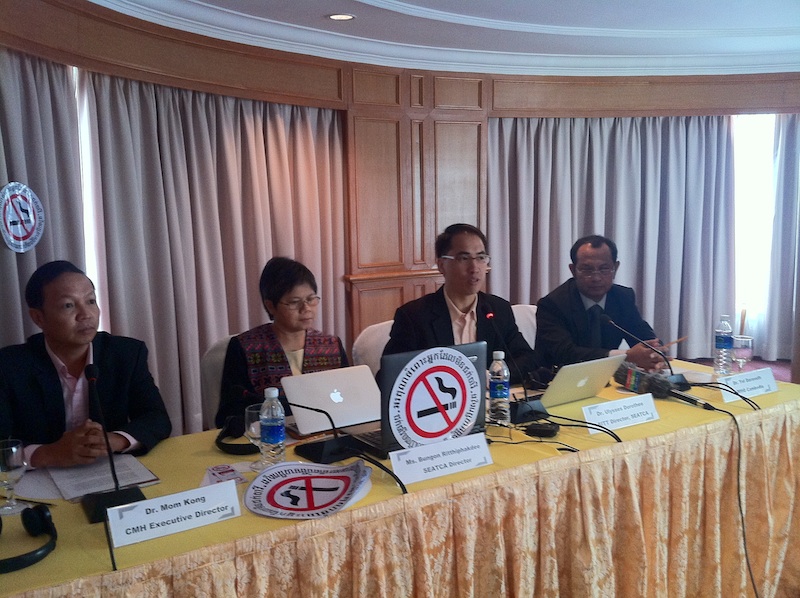