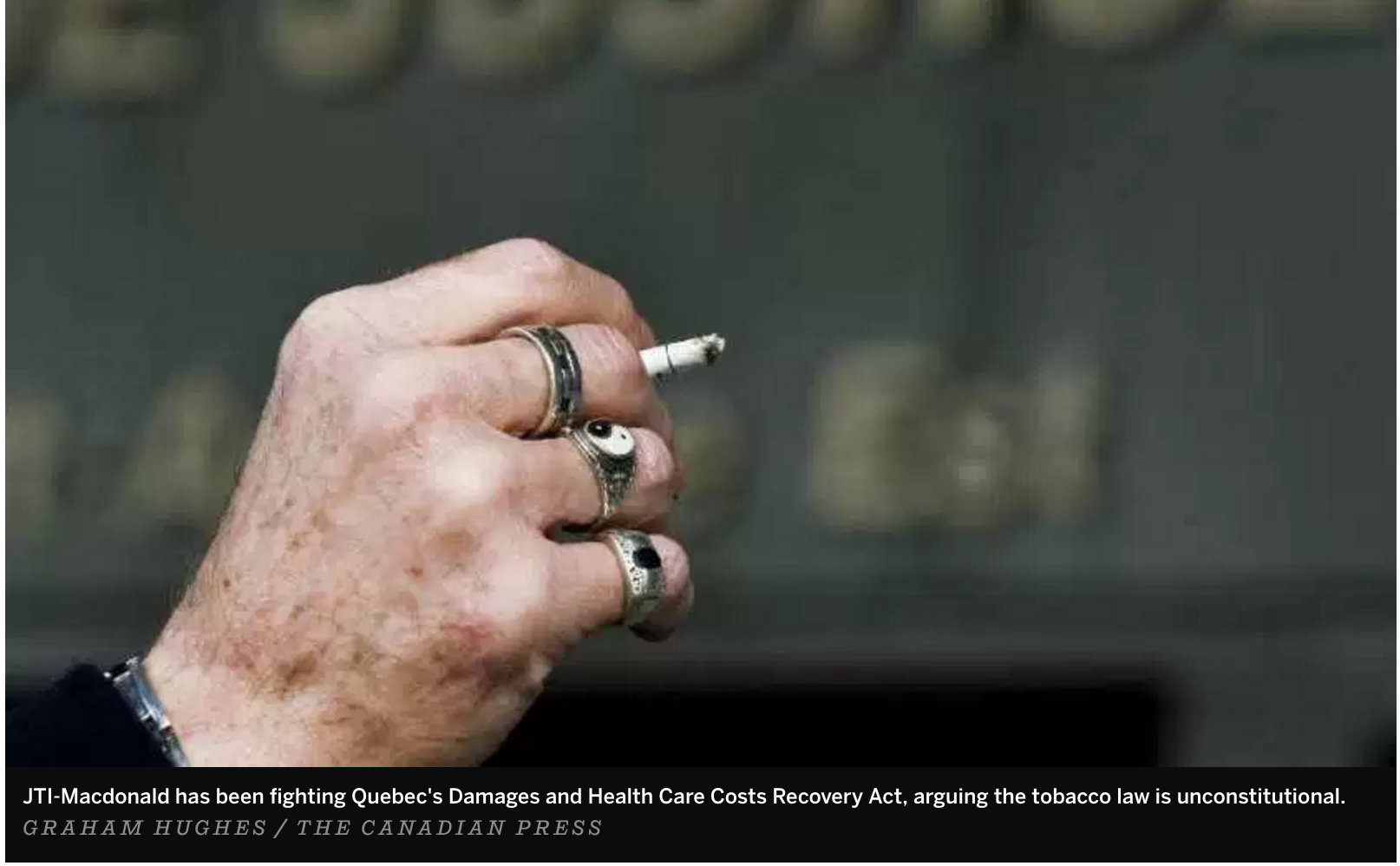 A Quebec law that was adopted to facilitate the recovery of the costs of medical treatment to smokers has stood up to a cigarette manufacturer’s attempts to invalidate it.

On Thursday, the Supreme Court of Canada refused to hear an appeal by JTI-MacDonald, which was the company’s last recourse to invalidate the law. As is usual in such cases, the top court did not provide grounds for its refusal.

Quebec Superior Court declared the law constitutional in 2014, and its decision was upheld by the Quebec Court of Appeal in 2015.

JTI-MacDonald claims the law infringes the protection that is conferred by Section 23 of the Quebec charter of human rights and freedoms, which provides for the right to a full and equal, public and fair hearing by an independent and impartial tribunal.

The company argues the law has the effect of placing tobacco product manufacturers at a substantial disadvantage compared to government and private litigants because of the “cumulative effect” of the special rules foreseen in the law.

The manufacturers claim they are “handcuffed” and not in a situation to fully defend themselves.

The justices of the Court of Appeal didn’t agree with the manufacturers’ arguments.

However, Justice Geneviève Marcotte, speaking in her name and of those of her colleagues on the bench, called the law “particularly severe” towards cigarette manufacturers and said it “significantly reduces” the government’s burden of proof. The judge also talks in the ruling about “hefty” means in terms of civil responsibility.

Despite the finding, Marcotte declared it’s not for the Court of Appeal to question the choices made by the legislator nor the opportunity for a law.

In June 2012, with the help of the law, Quebec filed a $60-million claim for damages and interest against JTI-MacDonald and other tobacco manufacturers.

Other provinces in Canada have adopted similar laws to recover health care costs.