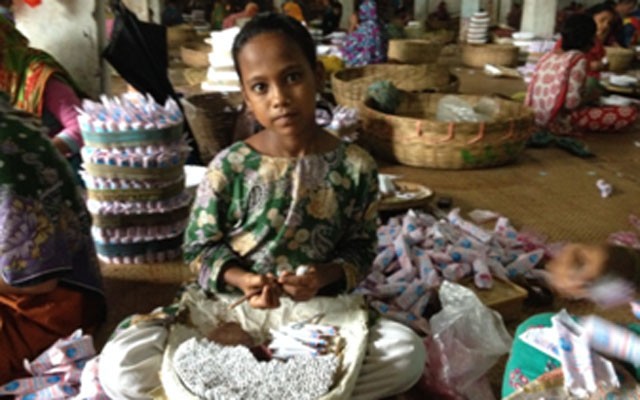 A study on Bangladesh’s bidi industry has revealed the harsh reality of child labour.

Children between 7 and 14 years of age dominate the workforce because they can be paid less than adults.

Their minimum six-hour shift begins in the morning when many others of their age go to school. 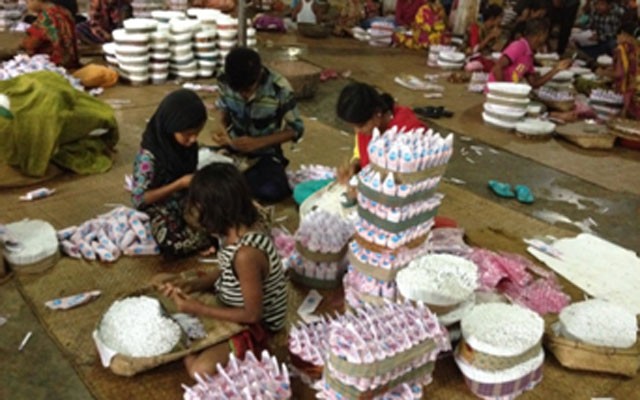 More than 60 percent of them make less than Tk 50 a day. They have to work because their families depend on their income.

Bidi is a type of cigarette, a cottage-industry product.

“Eight of the 10 children in the bidi factories say they feel sick during their work. They suffer from vomiting, respiratory problems, headache, cough, fever, and pains,” said Sushanta Kumar Singha, a journalist, who conducted this study.

The study, with the support of Johns Hopkins University’s tobacco control grant, was carried out in eight factories in four districts – Kushtia, Barisal, Tangail and Rangpur — where the bidi industry is mostly located.

Singha told bdnews24.com that his team’s aim was to explore the child labour situation in bidi factories and recommend ways to regulate the sector by preventing child labour.

An earlier study indicated that around 65,000 people work in the 117 bidi factories in Bangladesh, though industry lobbyists claim they employ 400,000 poor people in their factories.

They make the claim every year just before budgets to block tobacco tax increase. They know low taxes and cheap tobacco encourage young people to take to smoking and make smokers less likely to quit.

Prof Sohel Reza Choudhury, an epidemiologist at the National Heart Foundation Hospital, told bdnews24.com that those factories do not offer any masks or protective gear to the children when they work.

“They are always vulnerable to diseases as their work environment is very filthy and full of different types of dust,” he said.

A factory manager told the researchers that owners were “interested in employing children as they can be paid less than the adults. Three hundred out of 500 of our workers are children”.

Singha said every worker wanted to quit the job when asked, but they had no option but to stay.

“We recommend necessary policy measures and enforcement of the existing laws to prevent child labour and create alternative jobs,” he said.

“Special social safety net programs can be introduced in those areas”.