China bucks world trends with the number of new smokers outnumbering those who quit, amid calls for more resources to help those wanting to break the addiction 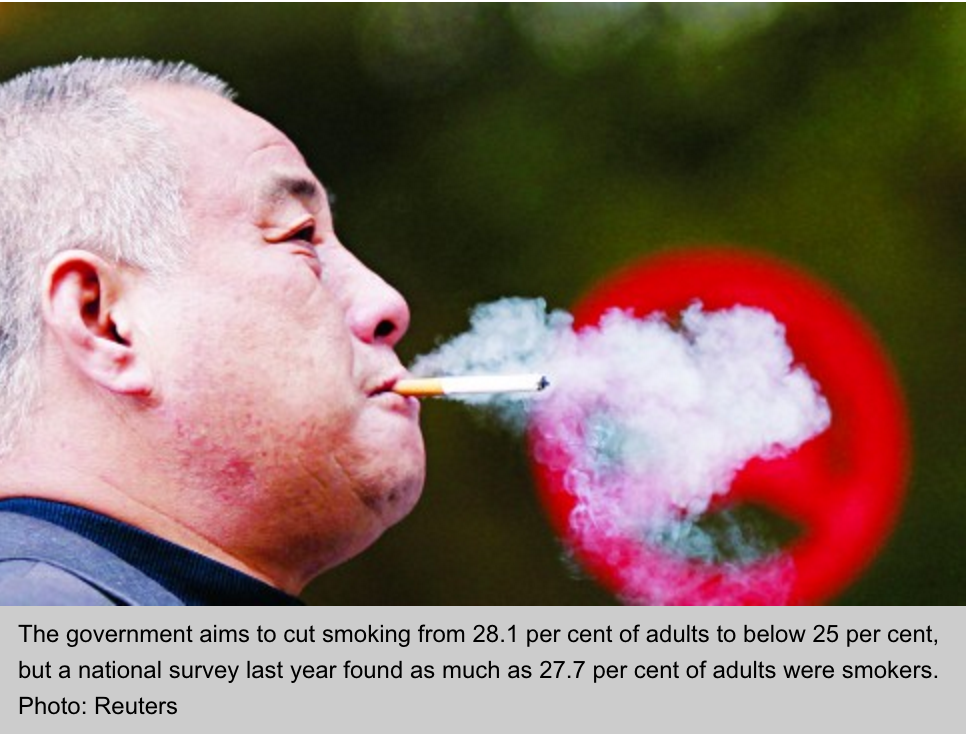 More people started smoking than gave up in China in the last five years, pointing to a lack of services for those who want to quit, according to a tobacco control advocacy group.

Releasing its “A Civil Society Perspective: Tobacco Control in China 2015” report on Tuesday, the ThinkTank Research Centre for Health Development said that of the nearly 40 per cent of smokers who said they wanted to quit, only 14.4 per cent succeeded. The number of people who quit smoking in that time “increased by 13.3 million” fewer than the number of people who started lighting up.

The report reviewed China’s efforts in the decade since the World Health Organisation’s Framework Convention on Tobacco Control came into effect in the country.

Under the China Tobacco Control Plan 2012-2015, the government aimed to cut smoking from 28.1 per cent of adults to below 25 per cent, but a national survey last year found as much as 27.7 per cent of adults were smokers, on par with levels five years ago. That amounted to 15 million more smokers, given the increase in population.

“This figure should be a call for leaders, legislators, decision makers, that more – much, much more – needs to be done,” said Bernhard Schwartlander, the WHO’s representative in China.

Only three to five per cent of heavy smokers quit on their own. Health authorities set up quit clinics in 31 provinces and cities in 2014, but by last year only six had seen more than 200 patients. “The public fails to recognise smoking as an addictive disease. We need to recognise the importance of clinics to help people quit,” Wu Yiqun, from the centre, said.

INFOGRAPHIC: Lives up in smoke 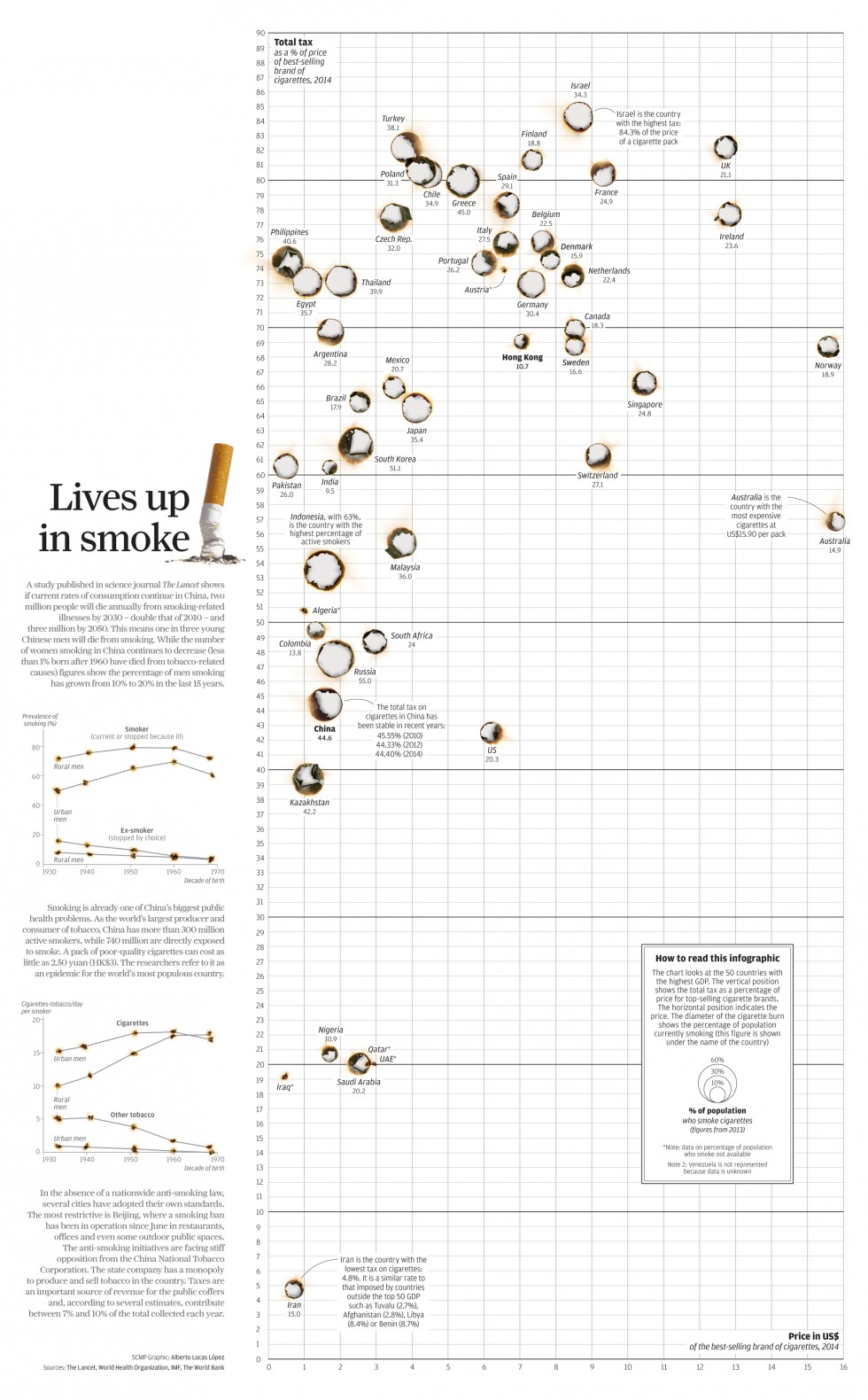 The report said the tobacco industry also lobbied against graphic warnings on cigarette packaging, fearing that its highly profitable high-end cigarettes would be downgraded from luxury gifts to fast-moving consumer goods.

“Indulging the tobacco industry’s refusal to print graphic warnings on the package has cost the public the most economic, direct and effective way of education on the harm of tobacco to health,” the report said.

The report also criticised the authorities’ reluctance to use taxes to deter smokers, one of the most effective tobacco control measures identified by the WHO.

The WHO says tax hikes must be sufficient to make tobacco expensive enough for most smokers to think about quitting.

The State Council increased the tax on tobacco from 5 per cent to 11 per cent last year but cigarettes on the mainland are still some of the cheapest in the world.