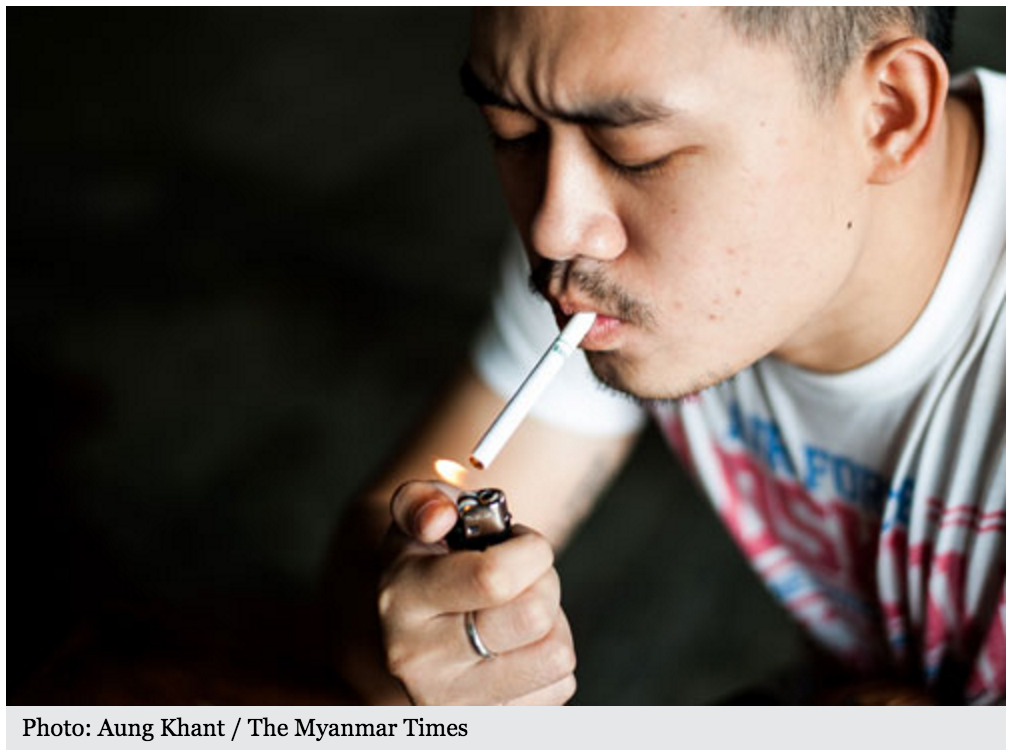 Starting September 1, health warnings and graphic pictures illustrating the dangers of tobacco will appear on all brands of cigarette and other tobacco products available in Myanmar, the government said yesterday.

The move was announced during a ceremony at the Ministry of Health.

“Consumption of cigarettes and other forms of tobacco is high in Myanmar, and is considered a public health problem. According to studies carried out in 2014, the overall percentage of smokers was 26.1 percent, including 43.8pc of men and 8.4pc of women. Of those, nearly 80pc are daily smokers,” said Union Minister for Health Dr Than Aung.

Among students, about 7pc smoke, while about 17pc consume tobacco in other forms, he said.

In August, 2014, the Myanmar Cigarette and Tobacco Products Consumption Controlling Central Committee took several decisions on packaging and branding tobacco products: Health warnings in pictures and text shall be printed on packets of tobacco products using 75pc of surface area, public opinion would be consulted on 10 pictures of health warnings, and advertising that would mislead the public about some kinds of tobacco products said to be “low-risk”, such as “low tar”, “light”, “ultra-light” or “mild”, would be banned.

In a survey conducted in September, 2014, in Pyinmana, Lewe and Tatkon townships in Nay Pyi Taw Council area, more than 80 percent of people approved the use of pictures of oral cavity cancer for use as warnings of the dangers of tobacco on cigarette packets, the minister said. Other pictures would also be used.

The Myanmar Times contacted several Myanmar-based cigarette producers but did not receive a response by deadline.

Dr Than Tun Sein, a former director of the Department of Medical Research, welcomed the government’s announcement but said health authorities need to do far more to raise awareness about the dangers of all tobacco products.

“Many people can buy black market Chinese cigarettes easily and cheaply,” he said. “We can see the Ministry of Health is trying to reduce consumption of tobacco products but they still need to take further steps.”