Medics want the Government to consider big hikes in cigarette prices and a new “fat tax” to prevent 30,000 cancer deaths a year.

Experts on the Independent Cancer Taskforce also said all patients should get their cancer test results within four weeks in a drive to safe more lives through early diagnosis.

In their new report, the taskforce set out a six-point plan to help an extra 30,000 patients every year survive cancer for ten years or more by 2020.

Doctors predict one in two people will develop cancer at some point in their lives at a time when Britain’s ageing population are putting “unprecedented pressure” on the NHS, according to the taskforce. 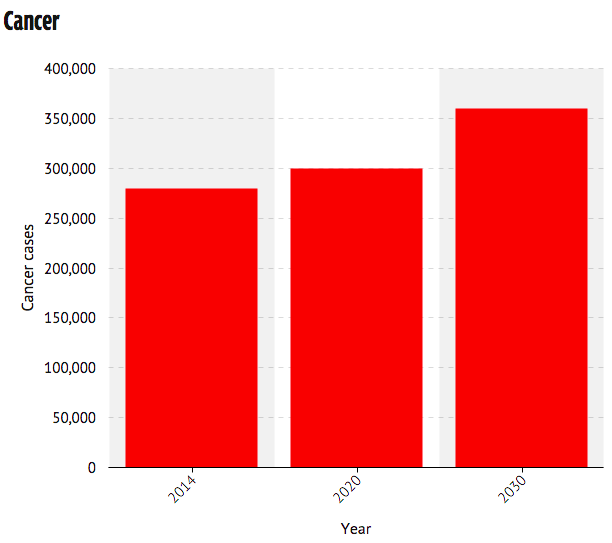 Its six-point plan includes a call for the Government to bring in a new “tobacco strategy” within the next year.

The medics also want to see a national action plan on obesity which could pave the way for new taxes on fatty foods, fizzy drinks and sugary products.

In an effort to diagnose cancer victims more quickly, the taskforce wants patients – who should be seen by a specialist within 14 days of being referred by their doctor – to get their results within four weeks.

Other key recommendations include the replacement of old radiotherapy machines and plugging gaps among the ranks of NHS cancer specialists. 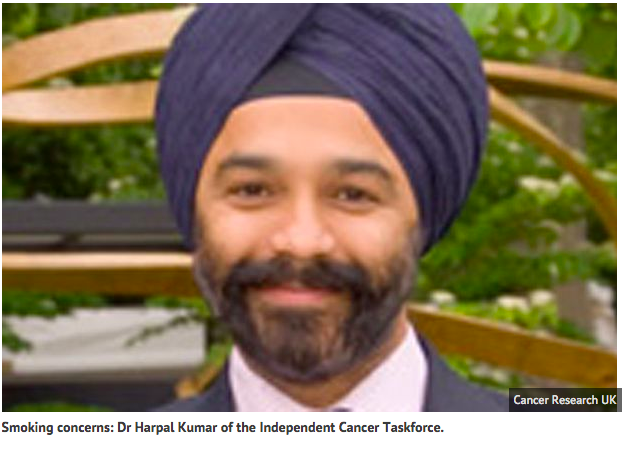 The taskforce has recommended that a National Cancer Team should oversee the delivery of its plan.

Harpal Kumar, chair of the Independent Cancer Taskforce, said: “We have an opportunity to save many thousands of lives from cancer every year.

“We’re better informed than ever about how best to prevent, diagnose and treat the disease, and how to deliver better patient experience and quality of life. What’s needed now is action.”

Labour’s Shadow Health Minister Andrew Gwynne welcomed the report, but warned patients were waiting too long to get cancer tests.

Mr Gwynne said: “When it comes to cancer, speed is everything and patients are being badly let down by the Tories.” 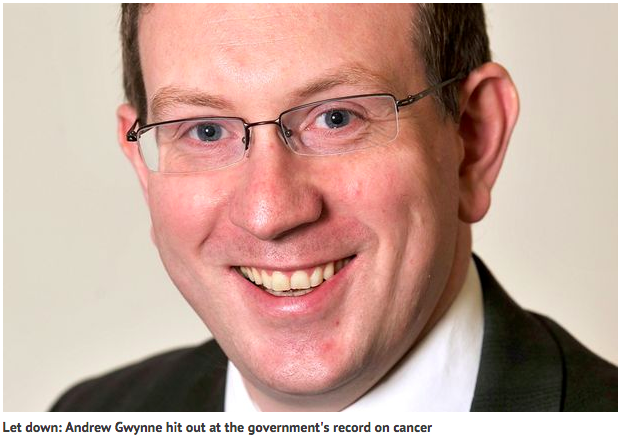 NHS England chief executive Simon Stevens said: “One in two of us will get cancer at some point in our lives, and the good news is that survival rates are their highest ever.

“But two fifths of cancers are preventable, and half of patients are currently diagnosed when their cancers are advanced.

“That’s why the NHS will be backing this groundbreaking route map for prevention, earlier diagnosis, modern treatments and compassionate care, which the Taskforce estimates could save 30,000 lives a year.”

Duncan Selbie, chief executive of Public Health England, said: “Four in ten cancers are preventable and without concerted action on risk factors like smoking, alcohol and diet, cancer will spread even greater misery to those affected.

“The Cancer Taskforce rightly state that we need a radical upgrade in prevention and public health.”