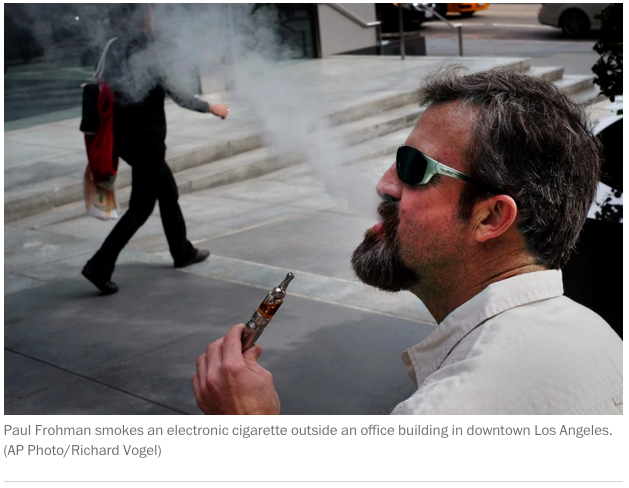 Seems the tobacco wars will never end on the Hill.

This week, Democrats accused Republicans of tucking a special interest giveaway to the tobacco industry in an agriculture appropriations bill. The White House scolded them that spending bills should be free of ideological provisions. Public health groups warned theyre putting children at risk.

But Republicans stood fast Wednesday to vote down a Democratic amendment to strip out language exempting tobacco products, like e-cigarettes, which are already on the market, from a retroactive review by the federal government.

The FDA, given authority to regulate a host of new tobacco items like e-cigs, cigars and hookahs, wanted to review any of those products that came on the market since February 2007.

Republicans rejected that, saying the review dateshould begin from whenever theFDA finalizes its rule on regulating the new tobacco products. Otherwise, they said, itwould be unfair to force products that have been on the market for at most eight years to go through anonerous review process and risk being pulled off the market. And, some argued, e-cigarettes are healthier than regular ones anyway.

But Rep. Nita Lowey (D-N.Y.) said that meant letting untested items, many fruit-flavored to attract young smokers, remain on the market without knowing their impact on public health.

The Centers for Disease Control in April 2015 released a study that e-cigaretteuse among middle schoolers tripled from about 120,000 students in 2013 to 450,000 students in 2014. CDC Director Tom Frieden warned that nicotine is dangerous for kids at any age.

The tobacco industry, 45 years after Congress required the surgeon generals warning be put on tobacco products, still has a powerfulhold on Capitol Hill. It spent $22 million lobbying in 2014 and contributed $2.8 million to candidates, according to Opensecrets.org. Of that, $2.2 million went to Republicans.