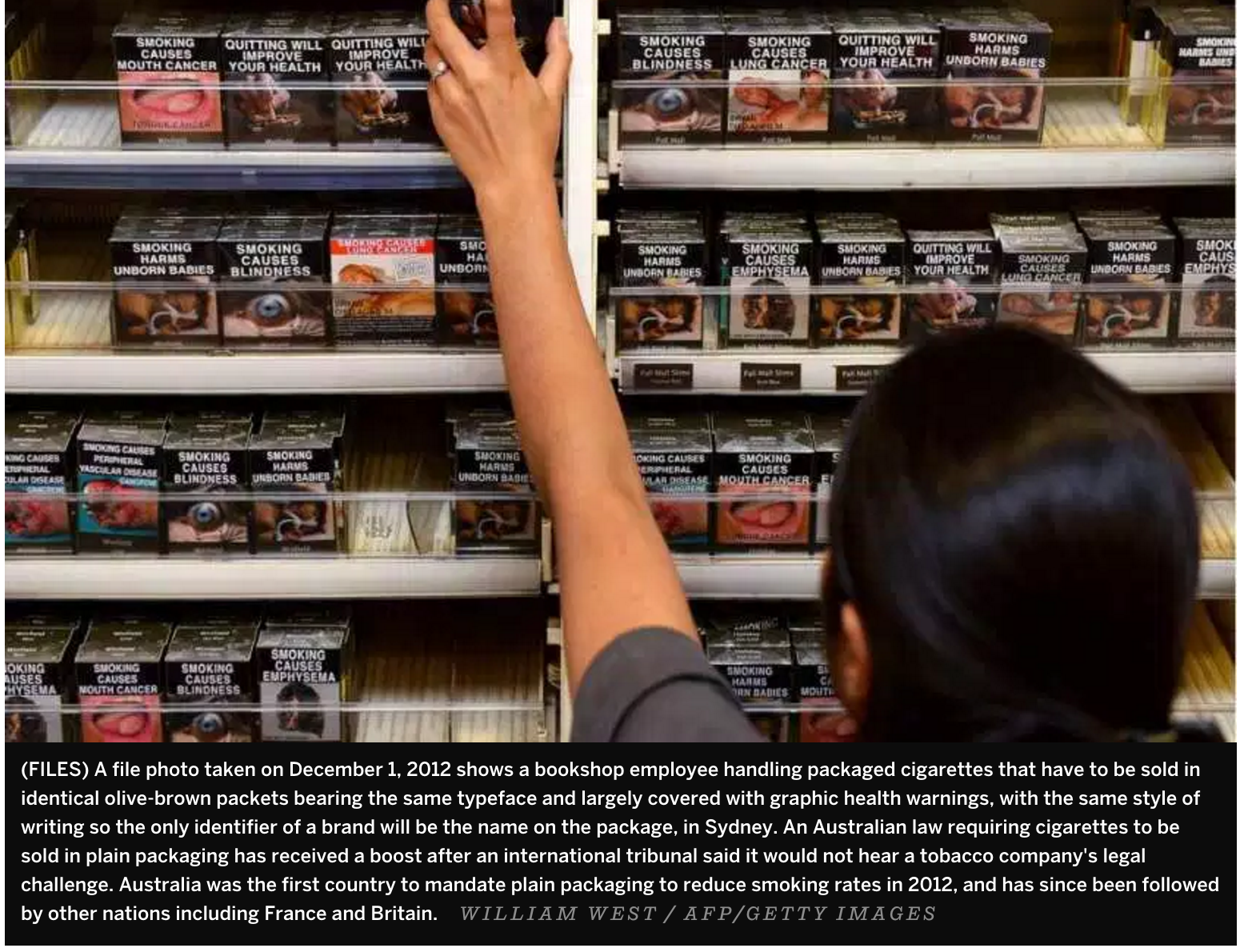 Smoking is on the wane in Canada. Still, it remains the leading preventable cause of premature death in this country.

The federal government’s plan to impose plain packaging on cigarettes is a welcome addition to the long list of measures already taken to make smoking unattractive, inconvenient, expensive and socially unacceptable.

And the plan, coupled with Quebec’s latest anti-smoking legislation — adopted unanimously by the National Assembly in November — promises to make this province a leader in the fight against tobacco use.

Under the federal initiative, tobacco companies will be forced to remove their logos and colours from cigarette packs, leaving only the brand name in uniform lettering along with large, graphic health warnings already mandated by the government. Quebec’s law, meanwhile, extends the ban on smoking to places that include bar and restaurant terrasses, and cars containing children, and sets restrictions on the size of cigarette packs so they cannot be made to look like iPods or lipstick, among other measures.

The federal and provincial measures have been applauded by anti-smoking advocates and health groups.

It’s unclear when the new federal rules will kick in, though the sooner, the better, given that smoking is responsible for one-third of cancers in Canada. Any move that stands to help smokers kick the habit — and prevent young people from picking it up — warrants urgent action. Anti-smoking groups say existing cigarette packs serve as colourful “mini-billboards” for tobacco that find their way into schoolyards, and that every day there are young people who take up smoking despite the large health warnings on the packaging. It’s a promising sign that Prime Minister Justin Trudeau has mandated Health Minister Jane Philpott to make the file one of her top priorities.

Anti-smoking efforts are not universally popular. For example, Montreal restaurant and bar owners say Quebec’s smoking ban on terrasses — which includes e-cigarettes, or vaping — will hurt business. And yet, those establishments have remained well patronized since indoor smoking was prohibited in 2005, and it’s reasonable to assume they will adapt to outdoor bans, as well.

Predictably, the loudest complaint has come from the tobacco industry. One representative called the federal plan to impose plain packaging a feel-good measure that will have no effect on reducing the smoking rate. But evidence from Australia, which introduced uniform packaging in 2012, suggests the move has helped cut the propensity to smoke as well as change attitudes to brand image. Some European nations are moving in the same direction.

More than 5 million Canadians smoke. Any policy likely to prompt some of them to stop — and prevent others from starting — is worthwhile.