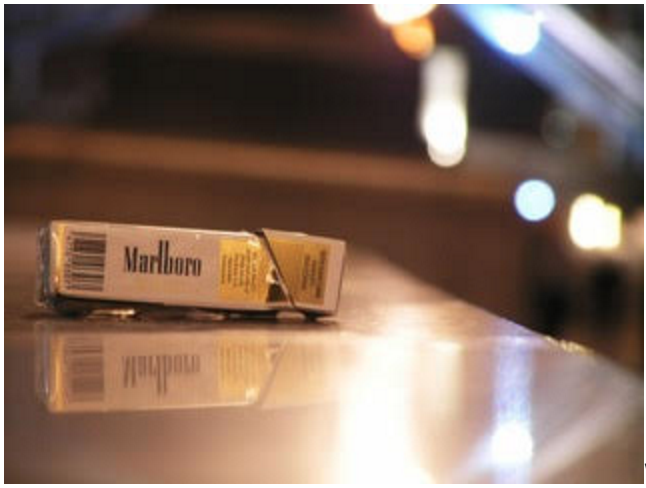 World Health Organization documents “are crystal clear that the tobacco industry is part of the problem”. (Photo: Moody Kell)

Imagine you are a farmer and that your chickens are disappearing. Imagine that you are approached by a fox, who offers help including a hi-tech tracking system so that you can trace the chickens and find out who is stealing them. After all, he says, this is an issue that unites foxes and farmers.

Do you accept this, or do you reflect that foxes are known to have a taste for chicken? Is it wise to put a fox in charge of a hen house?

The article contained a number of extraordinary statements, for example the suggestion that the tobacco industry shares a “common agreement” on the Framework Convention on Tobacco Control’s (FCTC) Anti-Illicit Trade Protocol to eliminate illicit trade in tobacco products. The Protocol “contains many of the measures” that feature in a PMI agreement with the European Union (EU), and “shares our commitment to tackle this problem in every part of the world,” the company said.

Let’s pause for a moment and establish a couple of facts.

Fact 1: The tobacco industry is behind a concerted worldwide effort to prevent countries and organisations joining the Protocol.

Fact 2: PMI’s “commitment” is the result of legal action by the EU in 2004 which detailed the tobacco industry’s involvement in the illicit trade. As a consequence, PMI has since paid about $1.25 billion to the EU. This is not an act of charity, it’s a legal settlement.

It’s easy to understand why the tobacco industry hopes to muddy the waters. Its 2004 agreement with the EU is ending and it’s desperate for a renewal. It seeks to argue that the PMI-EU agreement is in accordance with the EU’s treaty obligations as a party to the FCTC.

But the two really aren’t the same and – let’s be clear about this – the EU risks a breach of its treaty obligations if it renews.

Such a settlement also has detrimental international implications. It is well known that the tobacco industry uses it as an example and argument to promote other agreements around the world. Since the EU settlement, more than 100 parties to the Convention have engaged in voluntary agreements with the industry, seriously compromising the entering into force of the Protocol.

There is another important issue – the tracking-and-tracing systems required by the Protocol and by regulations including the EU’s Tobacco Products Directive.

The current PMI-EU anti-illicit trade agreement uses a system invented by PMI called Codentify, which is the tobacco industry’s supply chain control system. While PMI claims that Codentify can track and trace tobacco products, and in turn reduce illicit trade and counterfeiting, the technology is more accurately described as merely a code generator system, which offers no effective tracking and tracing services of contraband tobacco products.

There are other major problems with Codentify. It’s essentially a “black box” that is protected by a tobacco industry patent. We don’t know what’s inside, but we do know that it’s managed and controlled by the tobacco industry.

This industry solution does not meet the requirements of Article 8.12 of the Protocol and it should be rejected.

So too should a multitude of measures proposed by the tobacco industry. The 180 Parties that have ratified the FCTC did so in order to end tobacco usage and should be alert to the industry’s often-underhand behaviour.

Invitations from tobacco industry front organisations should be refused and so-called memorandums of understanding with the industry should be rejected. These are simply designed to ensure that countries do not become parties to the Protocol.

The tobacco industry likes to portray itself as a responsible party, on a par with governments or non-governmental organisations in tobacco-control policy. It suggests that we’re all in it together, but we’re not all in it together.

Farmers and foxes have different interests.