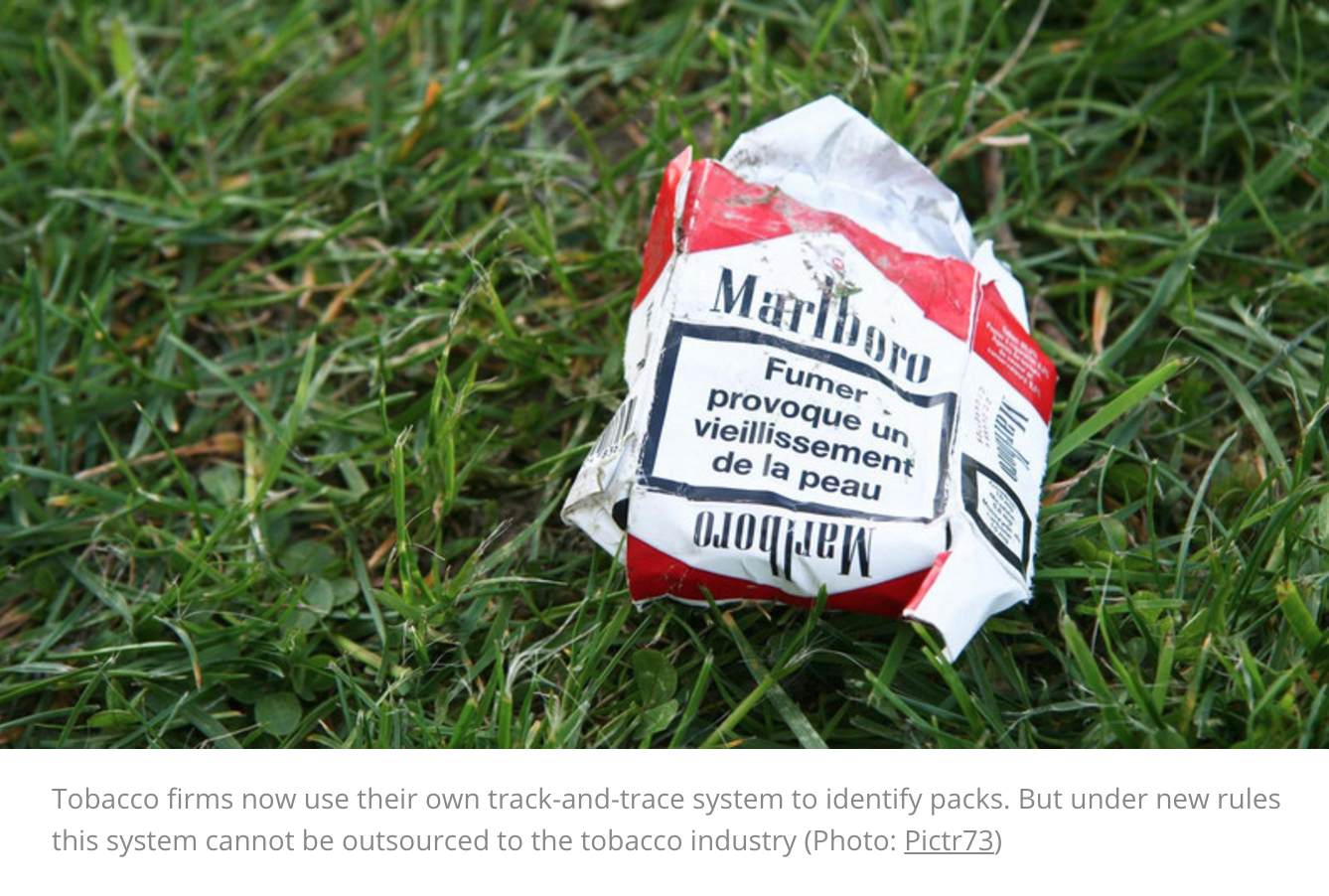 A lot has happened since 9 July 2004, when the European Commission signed what it called a landmark agreement with tobacco multinational Philip Morris International (PMI) to become partners in the fight against cigarette smuggling and counterfeiting.

That’s why Florence Berteletti, director of Brussels-based anti-tobacco lobby group Smoke Free Partnership, is against a renewal of the agreement after its expiry date this year.

“We were not opposed to the agreement at the time, but the world has changed enormously,” Berteletti told this website.

“The agreement is an instrument of the past.”

The deal, between the EU, member states and PMI, included payments by the firm to the EU and member states of around €1 billion over a period of 12 years, and close cooperation between PMI and the EU’s anti-fraud agency Olaf. Since then, similar deals have been made with other major tobacco firms.

The commission is expected to publish an assessment of the PMI-EU deal in the coming weeks and decide whether it wants to renew the PMI agreement.

But if the EU renews the agreement with the same provisions, it could conflict with other legal texts that have been written since 2004.

In 2012, the European Union, along with many of its member states, concluded negotiations on a World Health Organisation (WHO) treaty called the Protocol to Eliminate Illicit Trade in Tobacco Products.

Last Tuesday (9 February), the Council of the EU, which represents member states, approved the protocol on behalf of the EU.

The text will come into force once 40 parties to the protocol have ratified it – so far 15 have done so.

The European Parliament committee on budgetary control said in October 2015 in a non-binding text that once the protocol and new EU Tobacco Products Directive are in force, the tobacco agreements “will be useless”.

In fact, the WHO says on its website that the agreements are “in conflict” with the treaty to which the protocol is a supplement, the Framework Convention on Tobacco Control.

Berteletti, of the anti-tobacco NGO, said that the directive and the protocol are “the instruments of the future”, not the tobacco agreements.

She added that it also would be a breach of the protocol if tobacco companies are allowed to continue to use their own track-and-trace system, as they are under the current agreements.

As part of the 2004 agreement, PMI put in place a system to keep track of its products, called Codentify, which generates a code of 12 letters and numbers. The code can be entered in a database to find out where the cigarette pack is from.

PMI says on its website that Codentify is “secure, including various measures to make it impossible for counterfeiters to replicate or steal a valid code”.

But the authors of a report requested by the commission are not so sure about that.

“Codentify by itself is not a secure marking solution,” said the report, titled Analysis and Feasibility Assessment Regarding EU systems for Tracking and Tracing of Tobacco Products and for Security Features.

The authors said Codentify provided no safeguards that stop valid codes being copied by criminals and used on illicit packs because the system relied on an assumption that counterfeiters were “unable or unwilling to re-engineer valid codes or acquire large numbers of valid codes so that these can be used for printing on counterfeited products”.

The report suggested that the assumption “may be weak”.

The WHO on its website is also critical of Codentify, which it says “is not a tracking and tracing system, but is a code generator system installed at the production line that creates unique codes on packs”.

“Any track and trace solution should be based on verification and should be monitored by an independent auditor appointed by the authorities,” said Iro Antoniadou, spokesperson for PMI, in a written response.

“Codentify can be controlled and run independently by state authorities, however, we are not bound to any one system.

“Just like any commercial entity we look for the most effective and cost-efficient solution and the best way of ensuring this is through a range of independently approved, open-standard systems competing in a free market.”

The European Commission is currently working on a detailed legal text about track-and-trace rules for tobacco products, as part of its Tobacco Products Directive.

The rules state that EU countries should “ensure that all unit packets of tobacco products are marked with a unique identifier” that will allow determination of features such as date and place of manufacturing, machine used, and intended and actual shipment route.

However, while the directive went into force in 2014, the European Commission has not started drafting the legal text with the criteria yet, and said it would be done by 30 June 2017 at the latest.

The drafting of the track-and-trace criteria and the final assessment of the PMI deal “are two separate issues”, according to a commission spokesperson.

Nevertheless, if following the assessment the EU does want to renew the deal, the new legal situation under the directive, as well as the WHO treaty, mean it cannot be a carbon copy of the original.

The assessment and decision whether to negotiate for a new deal is expected “within weeks”, EU commissioner Kristalina Georgieva said in the last week of January.