CIGARETTE plain packaging has achieved its aim of forcing people to stub out their smoking habit says a government review of the controversial measure.

The drab dirty green packets plastered with health warnings were responsible for 0.55 of the 2.2 per cent drop in the number of smokers from 19.4 per cent of the population to 17.2 per cent, says the post-implementation review.

“The 2012 packaging changes resulted in a “statistically significant decline in smoking prevalence [among Australians aged 14 years and over] of 0.55 percentage points over the post-implementation period, relative to what the prevalence would have been without the packaging changes” the review says.

Steep rises in tobacco taxes and other factors also contributed to the marked drop in the smoking rate.

The Heart Foundation and public health groups have applauded the success of the measure but the tobacco industry claims sales of illegal tobacco have increased since the packs were introduced.

“The report undeniably shows that the legislation is working and has been the catalyst for tens of thousands of adults quitting and saved the lives of many thousands of Australians,” said Mr Swanson.

“The legislation was always designed for long-term impact and if these results are merely the start of the journey, a smoke-free Australia could one day be a reality,” he said. 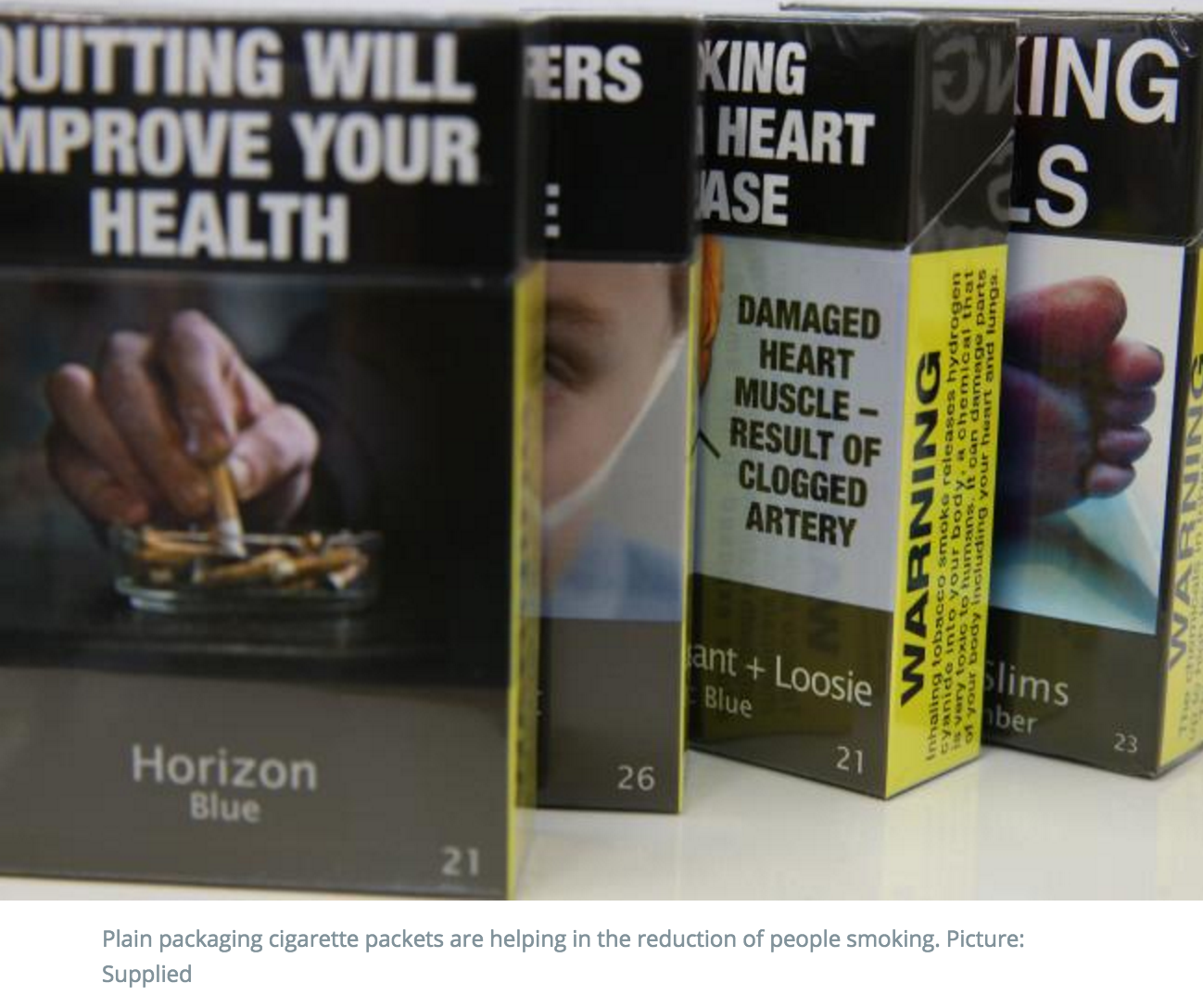 “Smoking among adults is on the way out, and national surveys show that smoking in 12-17s is at an all-time low at 5 per cent, with just 81,000 regular adolescent smokers around the country,” he said.

“Of course there are other factors in the big drop in smoking — plain packaging is part of a comprehensive approach,” he said. 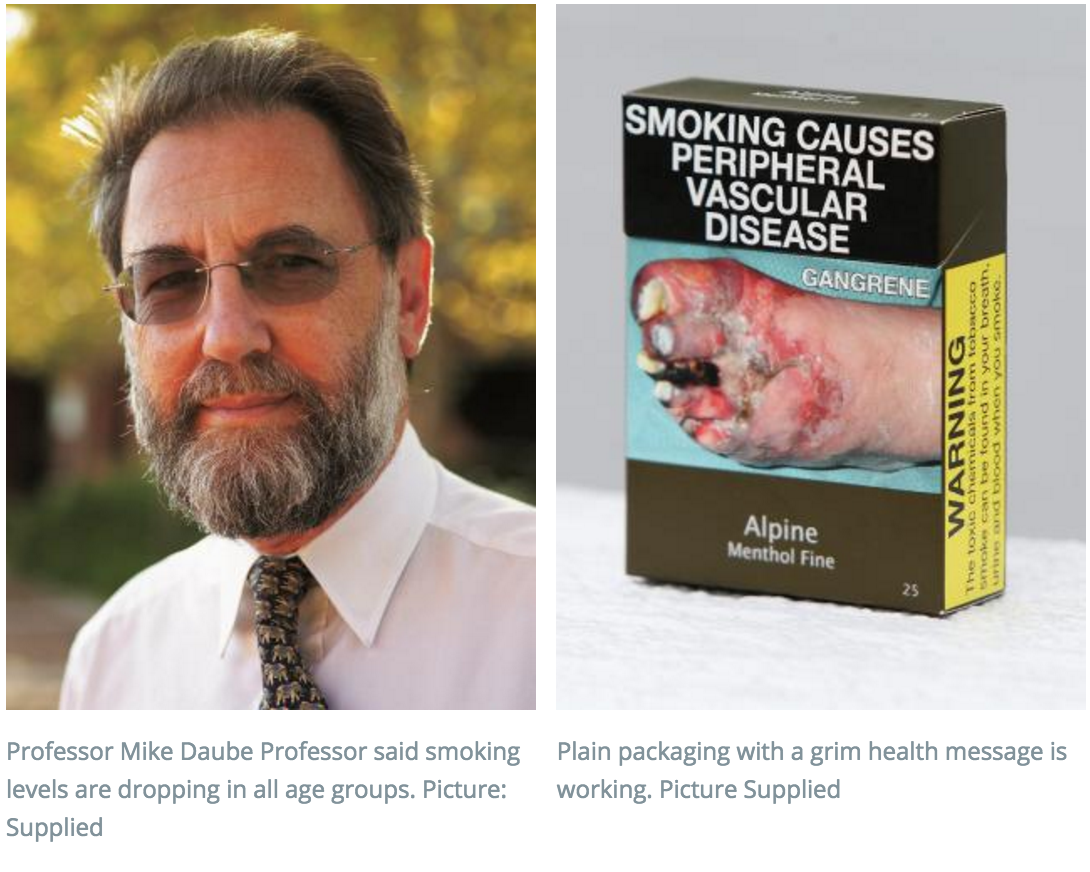 British and American Tobacco said evidence from the industry showed tobacco sales increased in the first full year following the introduction of plain packaging for the first time in over a decade.

Phillip Morris Limited Managing Director Nikitas Theophilopoulos said it was no coincidence that the Department of Health’s Post-Implementation Review has concluded that plain packaging is achieving its aim.

“Given that Australia’s plain packaging policy is being challenged in the World Trade Organisation, it is not surprising that a Department of Health review of its own regulations would find that the measure has been a success,” he said.

Opposition Health spokeswoman Catherine King said as feared by tobacco companies, “Australia’s lead is now creating an unstoppable momentum with France joining Britain and Ireland in voting to introduce plain packaging, and dozens of other countries set to follow”.

“Each year smoking kills 15,000 people in Australia. The economic and social cost of smoking is estimated at $31.5 billion a year,” she said.

Labor’s plain packaging policy, together with its plan to continue raising tobacco excise by 12.5 per cent a year for a further four years, will help to further drive down smoking, and save thousands more lives, she said.

Health savings that would flow from the drop in cigarette smoking were estimated at around $273 million for every 0.7 per cent drop in the smoking rate, the review says.

The transitional costs of implementing the measure is estimated at around $73 million spread across tobacco companies, wholesalers and retailers the report says.

The report says the full benefits of the plain packaging policy will be felt over the longer term.