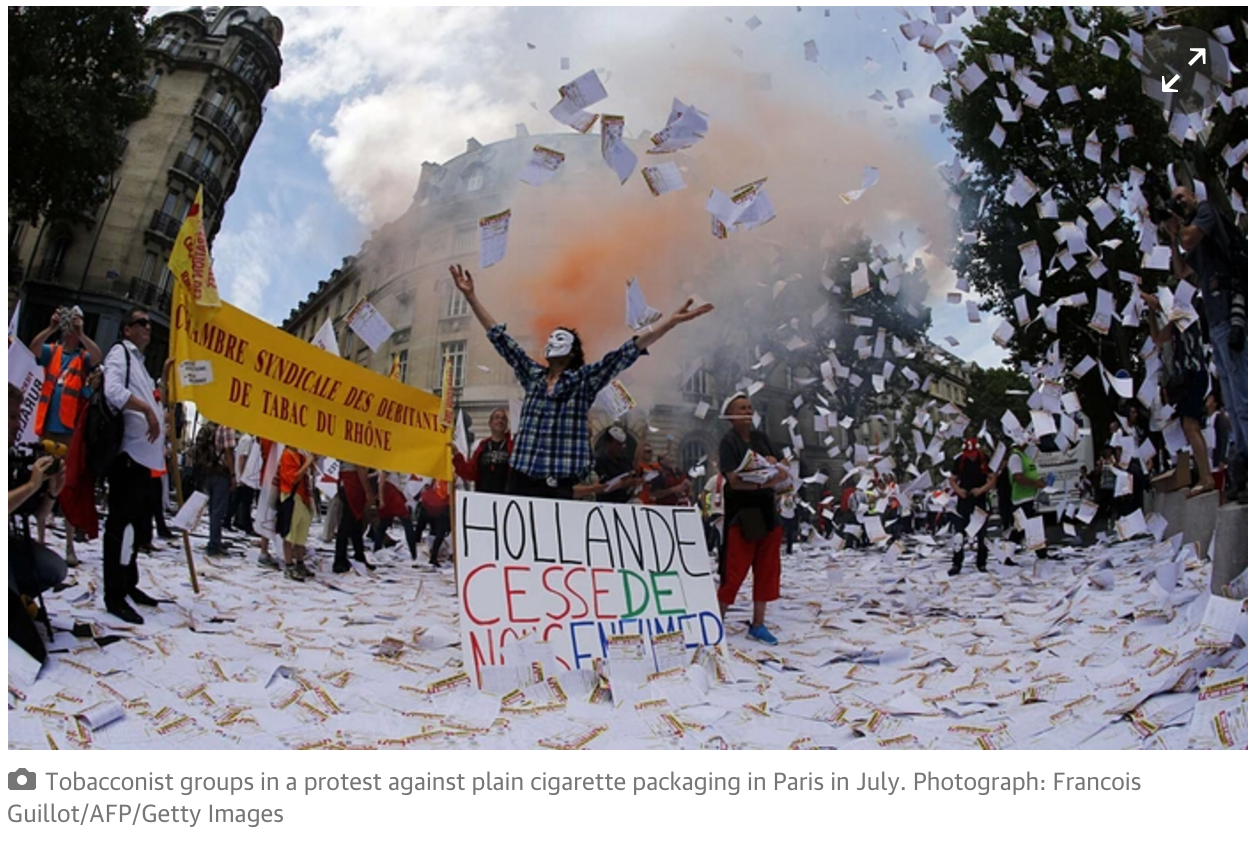 Cigarettes will be sold in logo-free packaging from May 2016, despite objections from the conservative opposition and tobacconists

Cigarettes in France will be sold in plain packaging under a law that was finally passed in parliament on Thursday despite objections from the conservative opposition.

Starting in May 2016, the brand name will appear but in a small, uniform typeface and packets will be shorn of logos.

With backing from the ruling Socialists and the Greens, the text finally came into law after mainly conservative senators added amendments to the draft that was first voted in April, which would allow the brand name to appear in small letters.

The senate had initially demanded that the neutral packaging clause be removed from the draft legislation.

Around a quarter of French adults indulge in the hazardous habit, according to the World Health Organisation, and one third of teenagers also smoke.

And only last month, Paris authorities doubledfines for dropping cigarette butts to 68 euros (£50/$75) in a city where some 350 tonnes of them are collected annually.

Last year, health minister Marisol Touraine estimated some 13 million people still light up in France and that smoking accounts for around 78,000 deaths, the leading cause of premature death in the country.

All cigarettes will from May next year have to be sold in neutral packaging of uniform size and colour in a move that is notably similar to legislation adopted in Australia three years ago.

The United Kingdom and Ireland have since followed suit.