he Government will take one of the world’s largest tobacco firms to court unless it stops illegally targeting UK consumers with tobacco adverts, a Minister has said.

Yesterday the Department of Health sent a formal order to Phillip Morris, which makes Marlboro cigarettes, telling it to remove poster adverts for “healthier” tobacco products from shops around the UK.

Speaking to the Daily Telegraph, the public health minister, Steve Brine, warned that the department was prepared to take legal action against Phillip Morris in order to protect UK consumers from being targeted by the adverts.

Unlawful advertisement of tobacco can result a financial penalty or custodial sentence of up to six months.

Phillip Morris denies the adverts are illegal and claims it wants to help smokers by providing them with better tobacco alternatives.

It comes after an investigation by this newspaper found that the maker of Marlboro cigarettes was supplying newsagents across Britain with window posters promoting new iQOS tobacco heaters.

Phillip Morris has spent £3bn developing iQOS, which it is now marketing as as a healthier alternative to cigarettes. iQOS is an electronic “heat not burn” system which heats tobacco sticks up to 350°C, around half the temperature of cigarettes, to generate a nicotine-containing vapor.

Public Health England has warned more research is needed to establish its health implications, which are thought to be less serious than cigarettes but worse than e-cigarettes, which heat liquid instead of tobacco.

The iQOS posters are in breach of a strict long-standing ban on advertising tobacco and tobacco-related products, the Department for Health and the National Trading Standards Institute have confirmed.

Public Health Minister, Steve Brine, said: “We have been explicit that the promotion of tobacco products is unlawful – as my letter to Phillip Morris International makes abundantly clear. 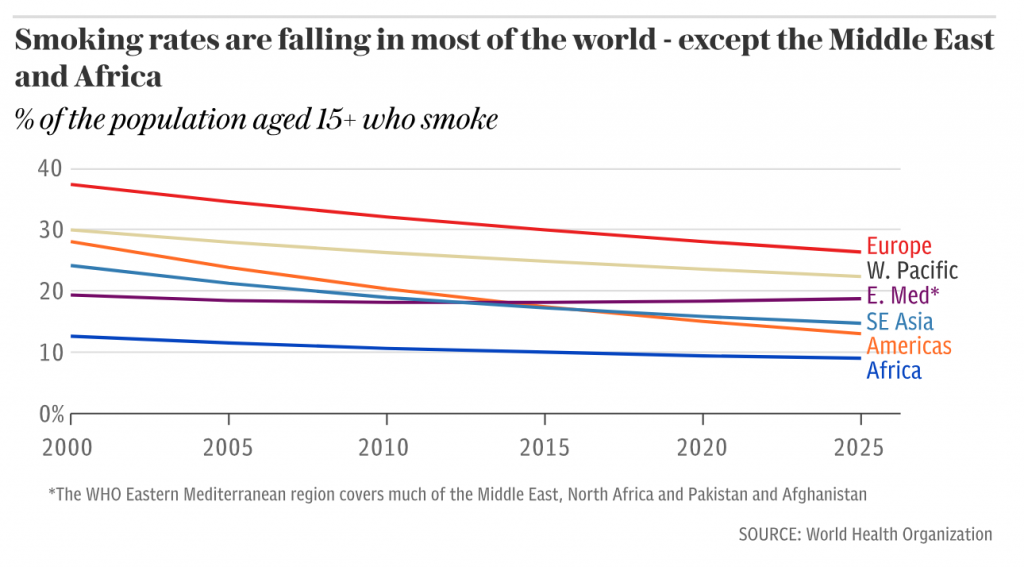 “Smoking kills 78,000 people every year and I am personally committed to doing all I can to protect people from the harms of tobacco. We expect PMI to stop this unlawful advertisement of tobacco products and we will not rule out legal action if they continue.”

Previously Peter Nixon, UK managing director at Phillip Morris, has defended the adverts claiming they are lawful because tobacco advertising laws were designed for cigarettes, not new-style tobacco heaters which are lower risk, and designed to help people quit cigarettes.

He said: “We have already replied to the Department’s letter asking for an urgent meeting to clarify the concerns. We believe that all of our activities are within the law. Our business is committed to helping smokers switch from cigarettes to better alternatives as fast as possible.”

She said: “The legislation is very clear that advertising which has the effect of promoting tobacco products is illegal. That includes iQOS, just as it includes pipes used for smoking tobacco. It’s a barefaced cheek for Philip Morris to argue otherwise.”

Following this newspaper’s investigation Trading Standards arms in Hackney, Lambeth and Glasgow are investigating posters for iQOS products found in newsagents, some of which have now been removed.