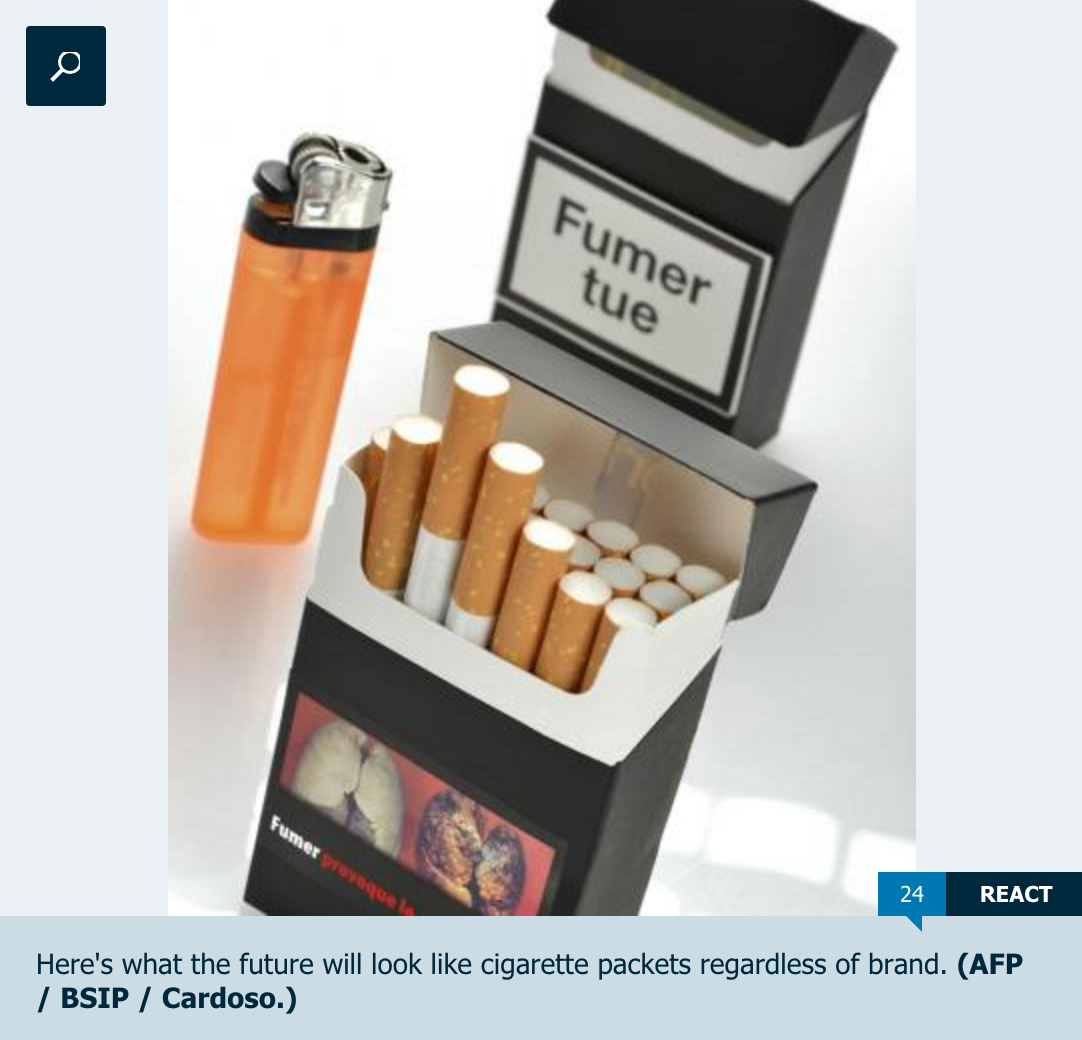 The Constitutional Council has given its green light to the launch of the neutral pack of cigarettes, a key measure of the health bill championed by Minister Marisol Touraine.

It was the last obstacle before the arrival in France of cigarettes said neutral package, without color or logo, but decorated duplex pictures shock dark plain background. This Thursday, the Constitutional Council validated the key measure of the  Health law voted in mid-December.

After the green light of the Wise, neutral package will appear at tobacconists from 20 May. Nemesis of the tobacco lobby, the measure primarily intended to deter young people from smoking was the subject of an appeal to MPs and senators Republicans on behalf of the violation of property rights.Manufacturers, meanwhile, threatened to take the government to court. The appeal also points counterfeit risks. An argument hammered by tobacconists convinced that the neutral package will be a godsend for the market black.Supporters of the measure have found a solution. They push the government to launch a package of both neutral and unfalsifiable, matching Touraine law with the creation of a secure marking system. Who will finance traceability? “This traceability must be ready no later than 1 st July “said Frédéric Barbier, PS deputy of the Doubs and co-author with Bruno Le Roux of an amendment on the subject, adopted against the advice of the government. With indelible markings, cigarettes will be followed to the trace of the plant to the point of sale. “This will facilitate the work of investigators and the fight against trafficking,” welcomes the Confederation of tobacconists. The illegal trafficking cost € 250 million per year in tobacco shops and the state are losing € 3 billion in tax revenue. Peculiarity of this traceability, it will be independent of the tobacco companies who have developed their own technology. “The controllers can not be controlled,” says Frédéric Barbier. Especially that “tobacco manufacturers feed parallel markets by flooding neighboring countries cartridges that are then passed in France more or less legally. “If the opinion of the Constitutional Council is positive, the government will have to act quickly. Before May 20, he will have to promulgate the law, decrees and publish the launch tenders for tracing packets. Questions remain unanswered. After May 20, the current packages will they be banned? According to the firm Marisol Touraine, a period of six months will be allowed to liquidate stocks. And who will pay the cost of traceability estimated at € 80 million per year or € 0.02 per pack?” The law provides for it to be supported by the manufacturers,” says Frédéric Barbier. But nothing will prohibit them from passing it on smokers