March 19, 2015, Abu Dhabi  – HealthJustice Philippines and the Southeast Asia Tobacco Control Alliance (SEATCA) lauded the Department of Health and Department of Finance for bagging the Bloomberg Philanthropies Award for Global Tobacco Control during last night’s ceremonies at the 16th World Conference on Tobacco or Health held in Abu Dhabi. The award was given to DOH and DOF for the implementation of the sin tax law in 2013.

Irene Reyes, managing director of HealthJustice said, “We congratulate the Philippine government for winning the award. The sin tax law (RA 10351) is a life-saving measure that is recognized worldwide. We are glad that the country has become a global role model for increasing tobacco taxes.”

The Bloomberg Philanthropies Awards for Global Tobacco Control aim to recognize governments and non-government organizations demonstrating excellent progress in implementing effective tobacco control measures as contained in the World Health Organization (WHO) Framework Convention on Tobacco Control (FCTC). The WHO recognizes six of the most effective tobacco control measures under the MPOWER package which includes Monitoring the epidemic and prevention policies, Protecting people against secondhand smoke, Offering help to people who want to quit, Warning about the dangers of tobacco, Enforcing bans on advertising, promotions and sponsorships and Raising taxes and prices.

Dr. Ulysses Dorotheo, FCTC program director of SEATCA added, “This award to the Philippines recognizes the government’s compliance with its obligations under the FCTC and is both a pat on the back for protecting public health by increasing tobacco taxes but also a challenge to sustain the gains of the sin tax law.”

In 2013, the government was able to exceed targets for incremental revenue collectionwhich allowed for the Department of Health to allocate funds for different health programs, including the expansion of Philhealth coverage for 14.7 million poor and near-poor Filipino families.

“Although the law is still at its initial stage, we are already seeing its gains in both revenues and health outcomes. We hope that the Philippine government will sustain its strong implementation of the law. At the end of the day, the true measurement of the sin tax law’s effectiveness is not really the number of awards received, but the lives that are saved from smoking harms,” Reyes added. 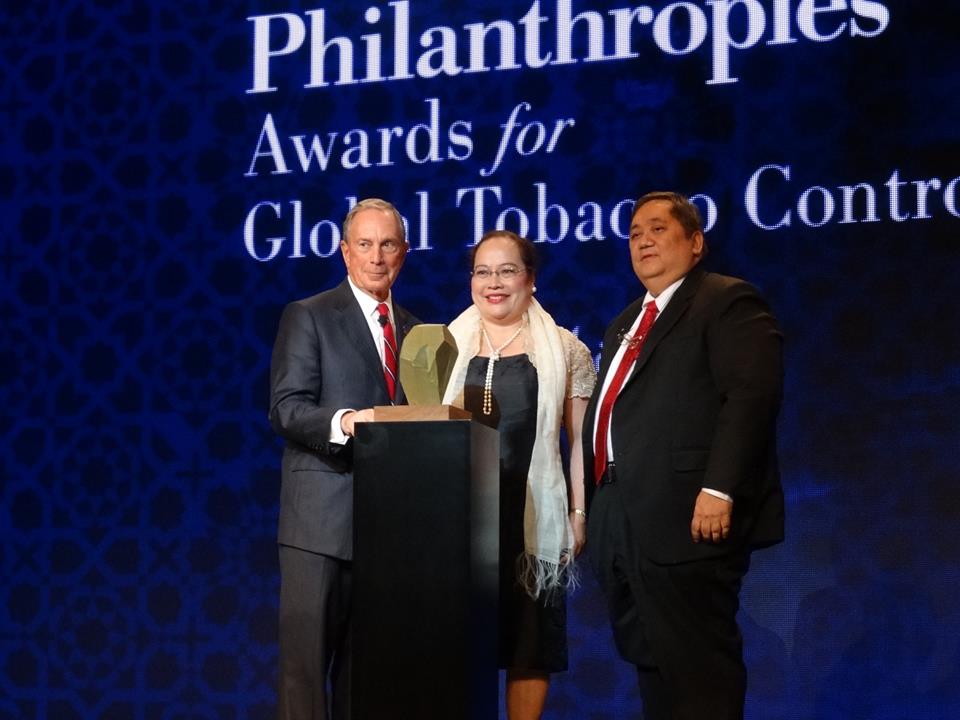 HealthJustice is a public health think tank that aims to bridge the gap between health and law to empower Filipinos to make healthy choices. The founding members of HealthJustice include doctors, lawyers, and economists who have been recognized for their services in both the private and public sector. Armed with the wealth of experience in promoting policy change in the fields of health, environment, and human rights, HealthJustice serves as a vehicle for Filipinos to be free from health risks through appropriate health policies.