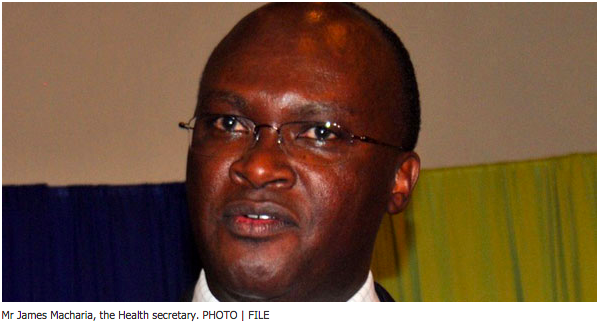 Health secretary James Macharia has termed the introduction of a levy on cigarette manufacturers to regulate the tobacco industry as justified.

Mr Macharia says in court documents that the fee is reasonable and does not constitute violation of rights to property since the government has the right to impose restrictive measures to guard consumers’ rights.

Cigarette manufacturer British American Tobacco (BAT) Kenya filed a petition arguing that the annual fee, amounting to two per cent of the total value of manufactured or imported tobacco products, is unconstitutional.

“The solatium (annual levy) is to compensate for the enormous costs of tobacco-related health problems and to limit tobacco consumption. The industry has to pay a compensatory contribution to the Tobacco Control Fund,” says Mr Macharia.

The CS adds that the fund is similar to the Tourism Levy Fund, adding that the money collected will be used to offset the huge medical bills that the government incurs in treating tobacco-related health issues.

Mr Macharia further defends the move saying the new rules to be introduced through the Tobacco Control Regulations 2014 fall under the technical barrier to trade, which provides for protection of human life, health and environmental degradations and do not constitute an unnecessary barrier to trade.

The minister says that an estimated 2.5 million Kenyans smoke, with over half of them starting the habit before they were 20 years.

Under the new regulations, manufacturers will also have to publish graphic images on cigarette packets to discourage smoking. BAT holds that this is unconstitutional.

The minister however says that using pictorial warnings will help tobacco users to easily visualise the severity of the associated diseases, adding that larger warnings will be easily understood by children.