Three-quarters of Hongkongers support restrictions on logos, colours and brand images on cigarette and other tobacco product packs in a bid to further reduce smoking

We’ve all chosen products purely based on packaging – a bag of chips at the supermarket, a novel at the bookstore, a photo of a dish on a menu. Even when dealing with people, we tend to let first impressions guide our future interactions with them.

The power of packaging to directly influence one’s perception of something or someone is so strong that it’s no surprise the World Health Organisation advocates plain packaging for tobacco products, which kill almost six million people every year.

Momentum for plain packaging has steadily gained in the past few years, starting with Australia’s implemention in December 2012, and now the measure looks to be gaining traction worldwide.

“We’re beginning to see the globalisation of plain packaging,” says Benn McGrady, a legal adviser to the WHO’s Framework Convention on Tobacco Control.

Plain packaging of tobacco products restricts or prohibits the use of logos, colours, brand images and promotional information on packaging other than brand and product names displayed in a standard colour and font style.

Earlier this month on May 20, France and Britain each began implementation of plain packaging. Ireland is also preparing to introduce the measure this year; Hungary and Norway are in the process of developing laws to implement plain packaging; Singapore is undertaking a public consultation with a view to introducing plain packaging; and several other countries, including New Zealand, South Africa and Turkey, have either expressed an intent to implement the measure or are in the policy development process. 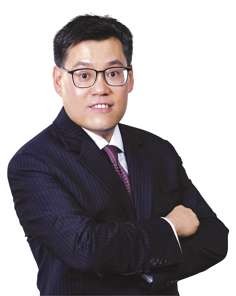 When will Hong Kong be next? Antonio Kwong, chairman of the Council on Smoking and Health (Cosh), says Cosh has been advocating the government to implement plain packaging since 2012.

Time for Hong Kong to introduce plain packaging for cigarettes [2]

The WHO is stepping up its drive for plain packaging by making it the theme of this year’s World No Tobacco Day, held annually on May 31 since 1988. WHO has launched a new 86-page guide to plain packaging of tobacco products, which gives governments the latest evidence and guidance on implementing the measure. 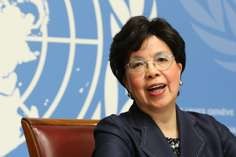 “Plain packaging reduces the attractiveness of tobacco products. It kills the glamour, which is appropriate for a product that kills people,” says WHO director-general Dr Margaret Chan. “It restricts tobacco advertising and promotion. It limits misleading packaging and labelling. And it increases the effectiveness of health warnings.”

McGrady says there’s a “strong evidence base” supporting the implementation of plain packaging, including more than 80 peer-reviewed empirical studies, three systematic reviews of the evidence, and an official post-implementation review from Australia.

“As a whole, this body of evidence points in one direction, which says plain packaging is an effective public health intervention,” says McGrady.

Smoking prevalence has been steadily declining in Australia for years, and even if plain packaging hadn’t been introduced the rate was projected to be 17.77 per cent among those aged 14 and older in 2015. However research shows that between December 2012 and September 2015, there was an additional 0.55 percentage point fall in smoking prevalence attributable to the packaging changes – meaning a 17.21 per cent prevalence – McGrady says. 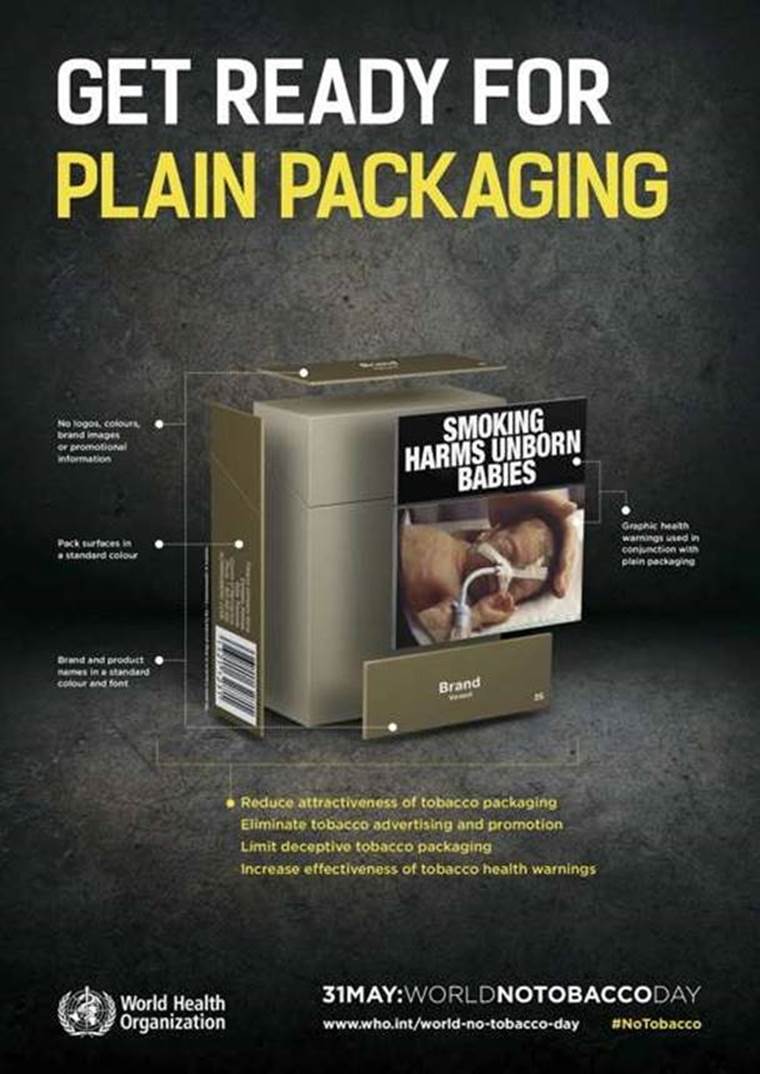 This equates to more than 108,000 fewer smokers in Australia as a consequence of plain packaging – a “very big” number, says McGrady. “Plain packaging has decreased tobacco use in Australia beyond trend; it has increased the speed of the downward trajectory.”

Plain packaging reduces the attractiveness of tobacco products. It kills the glamour, which is appropriate for a product that kills people

Tobacco packs act as a prominent form of tobacco advertising and promotion, not only at the point of sale, but also after, says the WHO report. Tobacco products are “badge products”, meaning they have a high degree of social visibility and that consumers identify with the brand image cultivated on product packaging.

“As internal tobacco industry documents recognise, packaging plays an increasingly important role in promoting tobacco products as other restrictions on tobacco advertising and promotion are tightened,” the report says.

In the evidence gathered in the report, studies show that packaging – in particular colour – affects consumers’ perceptions of risk. Early evidence of this can be found in internal tobacco industry documents released to the public through litigation, the report says.