Veteran anti-smoking advocate Prakit Vathesatogkit was recently elected secretary-general of the International Network of Health Promotion Foundations. He talks to APIRADEE TREERUTKUARKUL about his work and challenges in advancing health promotion activities around the world.

What is the INHPF’s mission? 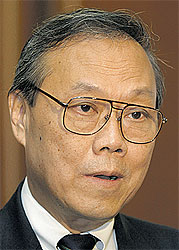 Prakit: Finance is the biggest battle

It comprises a network of international organisations involved in funding health promotion activities. Interest in this concept is growing after countries and regions recognised the benefits of having sustainable funding for health promotion.

What are your main tasks as the INHPF secretary-general? How are you planning to put your anti-smoking experience over the past 20 years into practice?

The position is a two-year term and has a major role in monitoring other countries to establish their own health foundations. My first task is to find two new full members to join the network every year. There are some countries that have an established health promotion foundation but are not members of the network.

Why is it important for the global community to have a health promotion foundation like in Thailand?

The Thai Health Promotion Foundation is a good model for other countries, particularly low- and middle-income nations, to design suitable prevention and promotion programmes. Thailand helped Mongolia and Shanghai to develop their health foundations.

At first, it was difficult to establish a health promotion organisation independent from the bureaucratic system because new legislation was needed. However, finance is the biggest challenge. It took nearly seven years to set up the Thai Health Promotion Foundation.

We need to understand that the work and responsibilities of a health promotion foundation are totally different from a ministry of health. We do not provide healthcare services.

But there is a large number of people engaged in high-risk activities, like smoking, drinking and drink-driving. It is necessary for a health promotion agency to work with these people.

The health system is quite passive and takes care of only those who are already ill. Thailand’s expenditure on treatment increases every year. We cannot solve the root cause of many health problems by investing only in the existing system.

Many developing countries did not pay much attention to health promotion in the past. They thought it was only the work of rich, developed countries.

However, when they saw Thailand could do it, they changed their attitude. Malaysia came in. Then Tonga and South Korea joined. Vietnam and Laos are in the process of creating health promotion legislation.

Does the global economic downturn have any impact on attempts to establish health foundations in developing countries?

The money spent on health promotion is usually only about 1% of the total health budget. The point is how to spend that 1% wisely to curb the growth of health problems. What we are working on can help save money and prevent illness, but it is less of a priority. Risk factors are not tackled in other countries and this is the INHPF’s responsibility.

Although donations from some rich countries are no longer there, there is still money available in many countries. But their tax systems should be amended to run a health promotion programme. The best way is to increase so-called sin taxes. Policy-makers must play a role in collecting tax from tobacco and alcohol for supporting a health promotion system. They shouldn’t wait for donations.