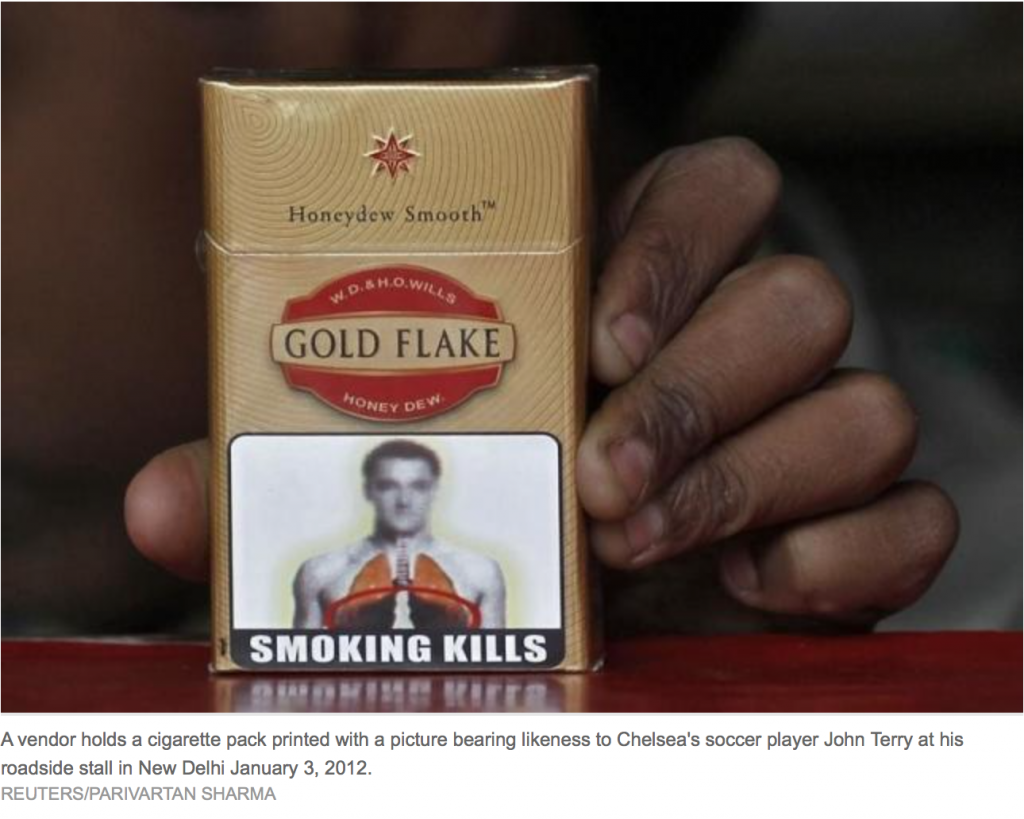 India has decided to delay implementation of bigger health warnings on tobacco packaging by a year until April 2016, as pressure mounts on New Delhi to take urgent steps to reduce tobacco consumption which kills up to 900,000 people a year.

India last year said 85 percent of a cigarette packet’s surface should be covered in health warnings, up from about 20 percent now. But the rules, originally to be enforced from April this year, were deferred after a parliamentary panel said it was reviewing how the industry will be impacted.

Anti-tobacco campaigners question the panel’s decision to delay implementing bigger warnings, pointing out that one member of the committee owns a tobacco company. Two members have said there is no link between tobacco and cancer.

The tobacco industry in India has labeled the packaging rules “drastic” and “impractical”. Thousands of companies manufacture and sell cigarettes in India, with ITC Ltd and Godfrey Phillips among the leading players.

New Delhi was under pressure to act after the high court in the western state of Rajasthan in July asked the federal government to immediately enforce the new rules.

Health ministry officials said the latest directive, issued late on Monday, was to comply with the court ruling, but more time was being sought to allow the industry to change its packaging norms.

“Court order implementation is not feasible considering there are existing stocks in the market with old warnings,” said a health ministry official, who declined to be named because he was not authorized to speak to the media.

India ranks 136th out of 198 countries that use health warnings to deter smokers, according to the Canadian Cancer Society.

Seema Gupta, an official at the Voluntary Health Association of India, said activists were unsure if the new rules will actually be implemented from April.

“This seems to be a face-saving strategy to say something to the court,” she said.