NEW DELHI: Crop diversification programme has been extended to 10 states to 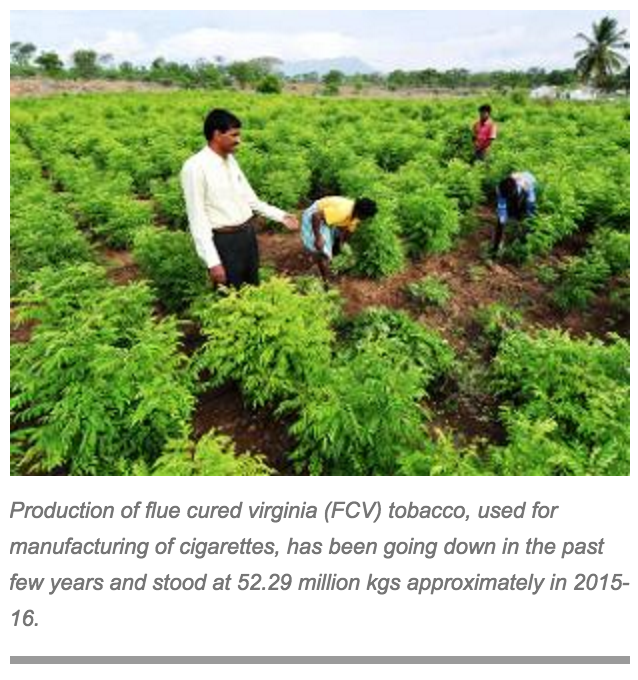 Production of flue cured virginia (FCV) tobacco, used for manufacturing of cigarettes, has been going down in the past few years and stood at 52.29 million kgs approximately in 2015-16.

He said the government has issued regulations under the Food Safety and Standards Act, 2006, which lay down that tobacco or nicotine cannot be used as ingredients in food products.

“As per the information received from the department of agriculture, cooperation andfarmers welfare, the Ministry of Agriculture, crop diversification programme, an ongoing sub-scheme of Rashtriya Krishi Vikas Yojna has been extended to 10 tobacco growing states with effect from 2015-16 to encourage tobacco growing farmers to shift to alternative crops or cropping systems,” Nadda said.

He said allocations of Rs 2,500 lakh and Rs 3,000 lakh as central share have been made during 2015-16 and 2016-17, respectively, to diversify tobacco farming in Andhra Pradesh, Bihar, Gujarat, Karnataka, Maharashtra, Odisha, Tamil Nadu, Telangana, Uttar Pradesh and West Bengal.