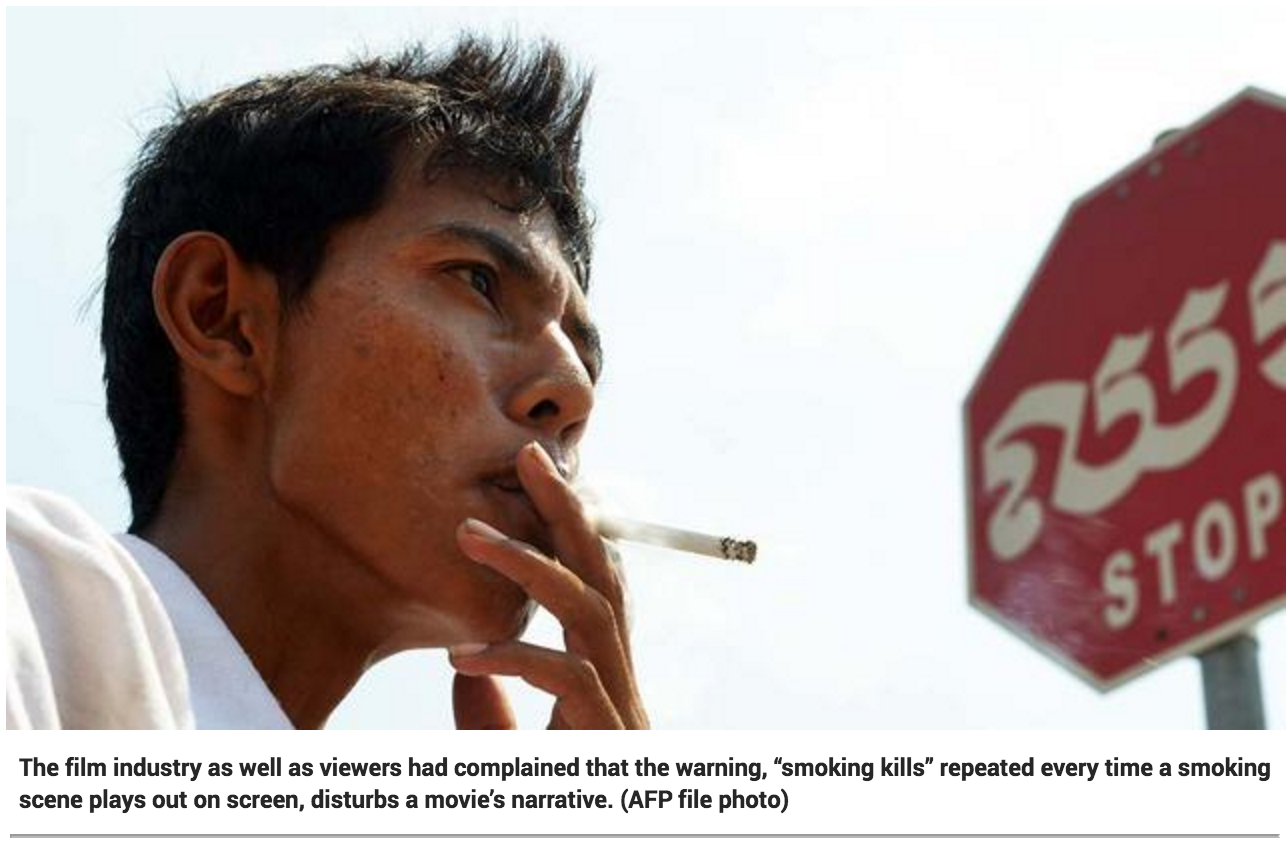 Statutory “smoking kills” warnings on screen every time an actor lights up in a movie may be done away with, if the government accepts recommendations from a committee headed by director Shyam Benegal.

Such static, superimposed messages blight a film’s visual narrative, the committee said, and recommended that a message underlining health hazards of smoking and tobacco consumption is sufficient at the beginning of a film or television telecast.

The Benegal committee was set up to suggest changes to the cinematography act.

“A meaningful static disclaimer in the beginning of the film with standard visual background approved by the ministry of health may be shown for a minimum period along with an audio backing it,” says a report of the eight-member panel to the information and broadcasting ministry.

“This should be made in all Indian languages and made applicable to all media platforms.”

The government imposed a smoking ban, prohibiting films and TV shows from showing actors smoking, in 2005 after a public debate over tobacco control in India. Producers and broadcasters were told to insert a mandatory warning in scenes that demanded smoking visuals for authenticity.

The warnings are part of the government’s fight against smoking in a nicotine-addicted nation, where more than 110 million people smoke. Doctors and anti-smoking lobbies had demanded a blanket ban on scenes displaying smoking and tobacco consumption in films and on TV.

But the film industry as well as viewers had complained that the warning, “smoking kills” repeated every time a smoking scene plays out on screen, disturbs a movie’s narrative.

The Benegal panel suggested the film industry to produce short anti-smoking films with popular actors, which are to be screened in theatres or aired on TV after clearance from the health ministry. These films can replace the spots shown at present.

Another suggestion is to have short films with anti-smoking messages by the very actors shown smoking in a movie, which is running in theatres or broadcast on TV.

To check animal cruelty, the panel said the Animal Welfare Board of India’s nod is a must for films having performing animals. It said there should be “licensed suppliers” qualified in handling animals and taking care of them in accordance with the law.

The latest report was the panel’s second on smoking disclaimers and treatment of animals in films.

In its first set of recommendations in April, it asked the Central Board of Film Certification (CBFC) to limit its mandate to certification when a debate raged over the board’s alleged overzealous attempts to censor scenes.

Also, it suggested a newer category of films, including for those showing adult content.