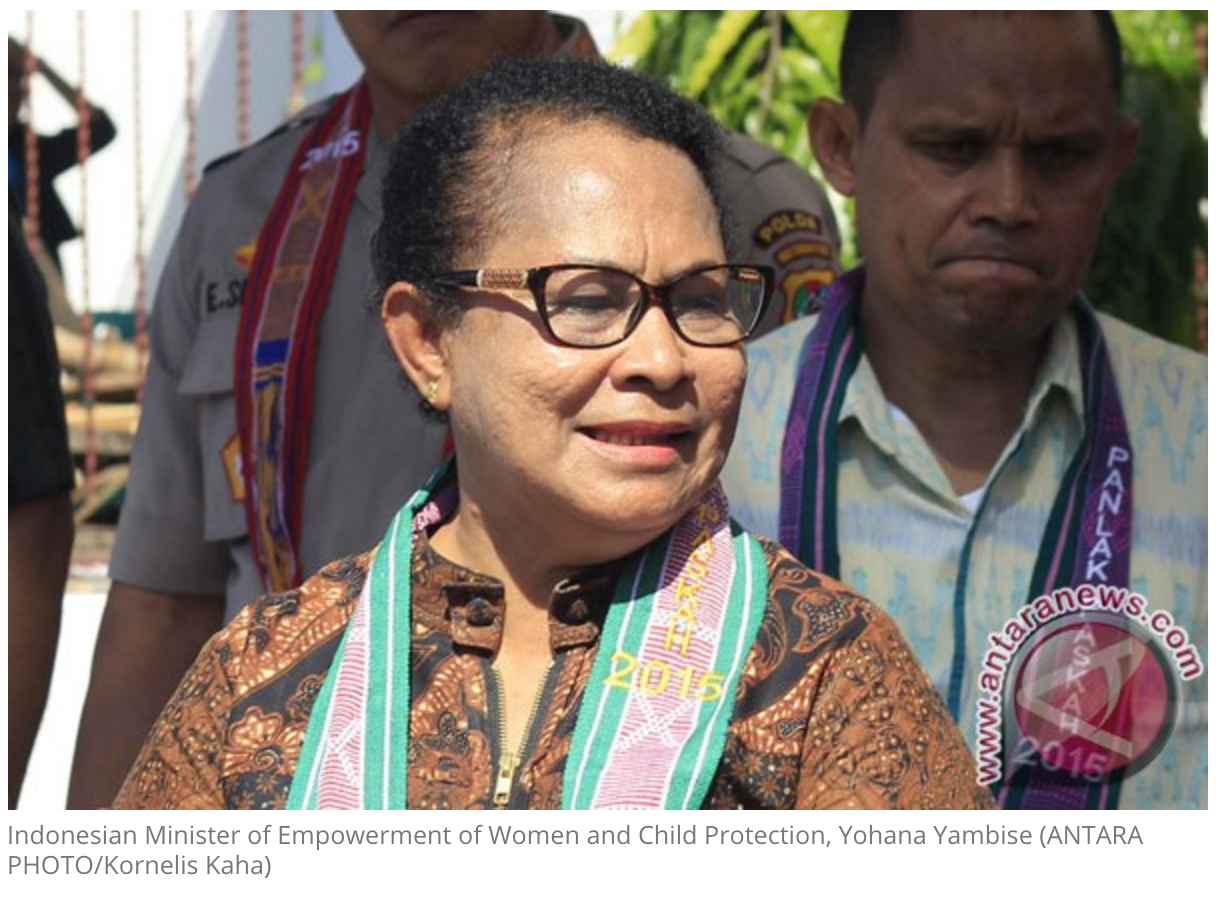 Jakarta (ANTARA News) – Indonesian Minister of Empowerment of Women and Child Protection, Yohana Yambise, has expressed concern about the increasing number of children taking to smoking in the country.

“A total of 54 percent of Indonesian children are now smokers,” she said after a limited cabinet meeting on the Framework Convention on Tobacco Control, led by President Joko Widodo here on Tuesday.

She expressed her determination to wean away children and women from smoking as it could cause lung cancer, miscarriage, cervical cancer and heart problems.

The minister urged for a special rule to save people from the harmful habit of cigarette smoking, especially women and children.

“We already have a Presidential Regulation Number 109 of 2012 that bans children from smoking but shops still sell cigarettes to children. A tighter regulation is needed. In other countries, cigarettes can only be sold at shopping malls,” she stated.

She pleaded that there must be a regulation requiring cigarette buyers to show their IDs to prove they are at least 18 years old or above.

“The regulation must come in the form of a bylaw. Sanctions must be imposed against those selling cigarettes to children,” she added.

President Joko Widodo promised to Minister Yohana that the issue would be discussed further in the next meeting.

“Not everyone can be allowed to buy cigarettes, especially children. Parents must also face some punitive measure if they allow their children to smoke,” she stressed.(*)