BANGKOK (IPS/GIN) – When it comes to smoking, Indonesia remains the last paradise for a puff in Southeast Asia. Those addicted to cigarettes can openly light up in public places without worrying about tough anti-tobacco penalties found in the rest of the region. 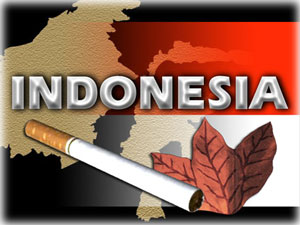 This reality has been shaped by the power of local and multinational tobacco companies on the archipelago of some 224 million people.

At the finals for the recent “Mild Live Wanted 2009” countrywide talent contest, in the former colonial city of Bandung, competing musicians belted out their songs from around 3 p.m till midnight.

For Indonesia’s small, yet vocal, anti-tobacco activists, these concerts—billed to promote local talent—offered more than music to fill their ears. They were the latest in a string of publicity drives of the powerful multinational tobacco company Philip Morris International (PMI) in the country.

“A Mild is a product of PMI,’ said Dina Kania, policy advocacy coordinator of the National Commission for Child Protection, a non-governmental organization that is part of the country’s anti-tobacco movement. “This has always been a PMI promotional event since this annual concert series began in 2007.”

But in other forms of entertainment, the publicity for tobacco companies are more direct, revealed Ms. Kania during a telephone interview from Jakarta. “There was a film for teenagers last year where one of the actresses, who is still in junior high school, was smoking in scenes.”

Such an effort to glamorize smoking goes to extremes, at times. “There are so many scenes of people smoking in Indonesian movies where the camera even zooms in to show the cigarette brand,” added Ms. Kania. “There is no regulation like in other countries.”

It is little wonder why a regional anti-tobacco lobby has described Southeast Asia’s largest country as a “cash cow” for the tobacco industry. “With 63 percent of its men smoking, Indonesia contributes handsomely towards PMI’s profits—making it its fourth largest market in the world,” said the Southeast Asia Tobacco Control Alliance (SEATCA).

“In 2008, PMI owned PT, HM Sampoerna became the market leader capturing 30 percent of the cigarette market share,” adds SEATCA. “The increased market was obtained through aggressive tobacco advertising and promotions not matched anywhere else in Asia.”

The wide latitude tobacco companies that advertise their product on large billboards across the country has earned Indonesia the dubious distinction of sharing the same spotlight as Zimbabwe. “The country is also one of only two that still allows cigarette advertising,” reports The Jakarta Globe, an English-language daily in a recent edition. “The other is Zimbabwe, which like Indonesia is one of the largest tobacco exporters in the world.”

Studies by the World Health Organization and other groups reveal that the country has some 63 million smokers, with a tenth of students in their teens being smokers. Children as young as 10 years are also among these smokers, say some reports.

Indonesia’s smokers currently account for over 40 percent of Southeast Asia’s 125 million smokers. This accounts for a large number of deaths due to smoking related diseases annually—about 200,000, according to SEATCA.

The prospect of more deaths from this “smoking epidemic” has still to move Jakarta, which has not signed the world’s first public health treaty—the WHO Framework Convention on Tobacco Control (FCTC), which has been in force since early 2005.

By contrast, this treaty has been signed by Indonesia’s nine neighbors in the region, which include Brunei, Burma, Cambodia, Laos, Malaysia, Philippines, Singapore, Thailand and Vietnam.

The FCTC requires countries to restrict tobacco advertising, sponsorship and promotion; ensure people are protected from exposure to tobacco smoke; and have new packaging and labeling policies—including graphic warning signs about the dangers from smoking.