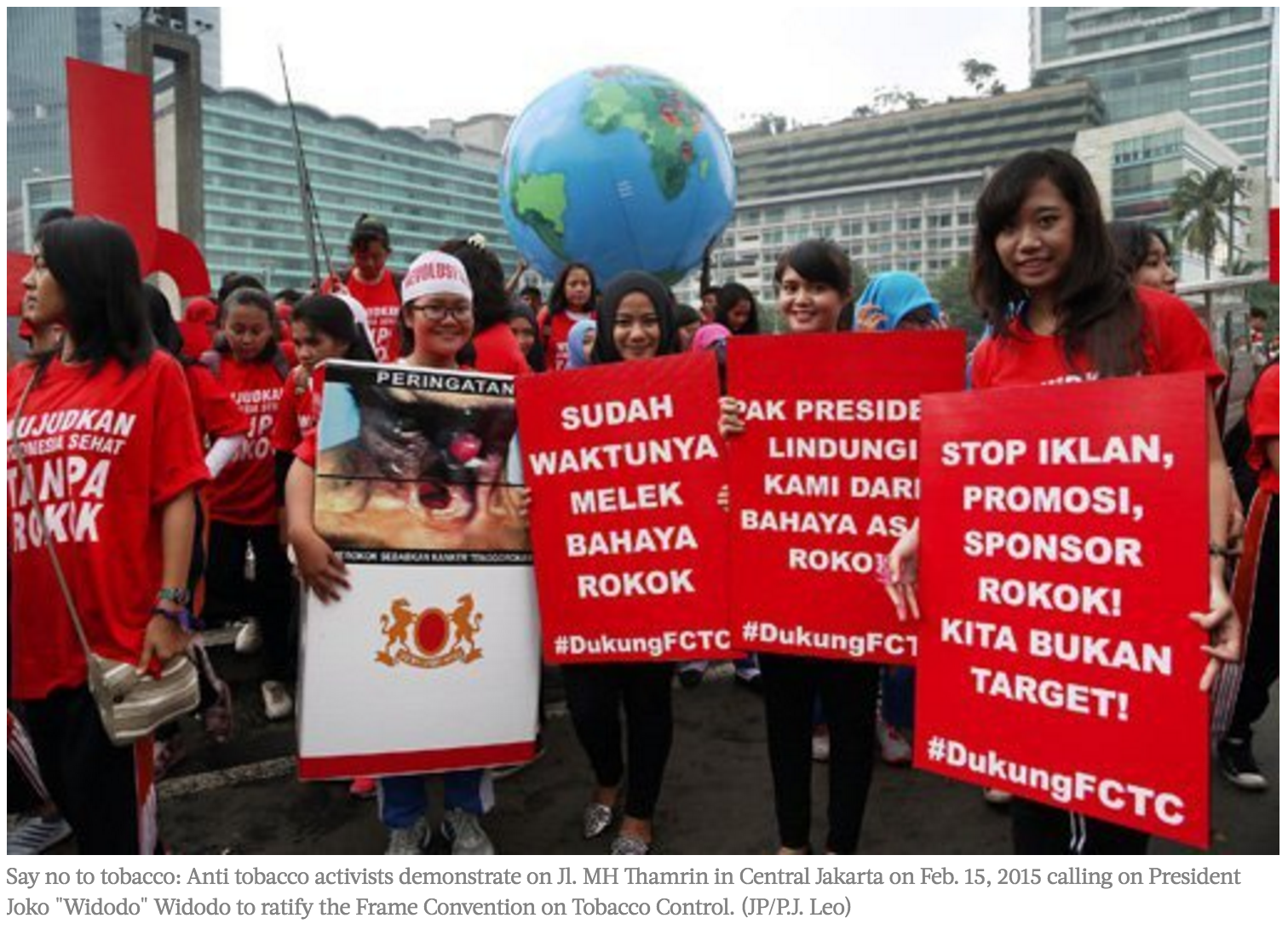 The House of Representatives’ Legislation Body ( Baleg ) has been quietly working to finalize the controversial tobacco bill that was already rejected by Health Ministry last December and dismissed by a consumer organization as the product of the cigarette industry.

“The bill only needs to be finalized, and God willing, it will soon become the House’s initiative,” said Baleg deputy chairman Firman Subagyo in Jakarta on Monday, adding that the bill was expected to be ready for deliberation next month.

If the tobacco bill is approved into law, it will offer protection to tobacco farmers, relating to prices, especially for unique tobacco varieties, said Firman, a Golkar Party politician, who also chairs the working committee tasked with drafting the bill.

He added that the bill would also regulate relations between tobacco farmers and producers of tobacco-related products.

Whether on purpose or not, the deliberation of the tobacco bill was held discreetly in a committee at the Baleg, not by a House commission in the current sitting, which will end on Friday.

Late December, the Health Ministry rejected the bill from the 2016 National Legislation Program ( Prolegnas ). The draft bill had no sense of urgency, the ministry’s director of non-transmitted diseases Lily Sulistyowati said as quoted by tempo on Dec. 15, 2015.

During the government of then president Susilo Bambang Yudhoyono the relevant ministries agreed to halt the draft bill discussion.

Since then, the Indonesian Consumer Foundation ( YLKI ) has called for the removal of the tobacco bill from the 2015-2019 Prolegnas.

The tobacco bill is promoted by Indonesia’s cigarette industry, especially by the major cigarette manufacturers, with the primary purpose of boosting production, which currently amounts to 365 billion cigarettes per year, said YLKI chairman Tulus Abadi.

He said the tobacco bill was created by the cigarette industry to annul tobacco control articles stipulated by Law No.36/2009 on health that included tobacco as an addictive substance and other supporting regulations like Government Regulation No.102/2012 and bylaws in many regions.  ( bbn )