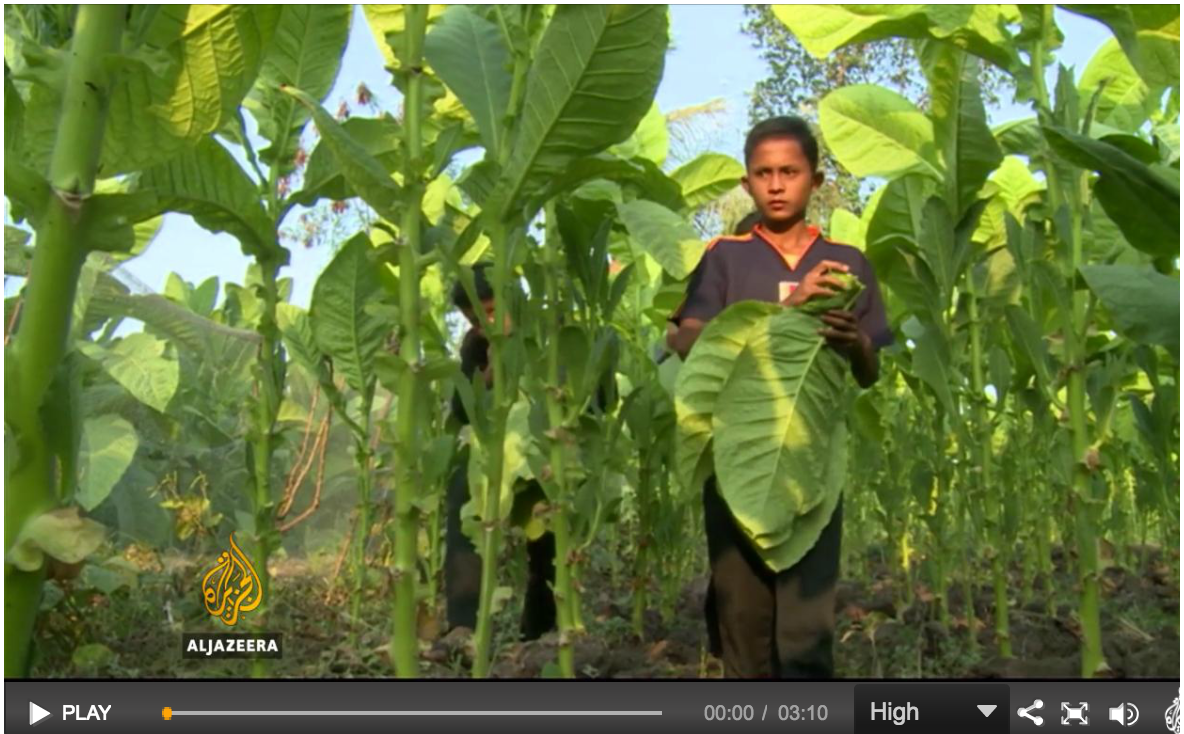 Some of the world’s best known tobacco companies have been accused of turning a blind eye to the exploitation of child labour in Indonesian plantations that serve as their suppliers.

The tobacco industry employs about six million Indonesians. The figure includes many children that face hazardous conditions while working on the fields.

Researchers say tobacco companies insist their cigarettes are legal products without appearing to check whether their suppliers are complying with the law.

Exposure to nicotine means the chemical can enter the worker’s body through skin pores and cause adverse effects.

Al Jazeera’s Step Vaessen, reporting from Indonesia’s East Java province, discovered children as young as 10 working on tobacco plantations despite the country having 15 as the minimum age limit for the job.

Ebing, a child labour worker in the province, told Al Jazeera: “I do feel tired sometimes and my body hurts. My hands are always black because I fold the leaves and turn them around to dry them.”

Prio Adi Nugroho, a reseacher on child labour, said the tobacco firms never investigate operations at the plantations despite knowing that using child labour is common there.

According to the World Health Organization, 36.2 percent of Indonesian boys aged 13 to 15 smoke. 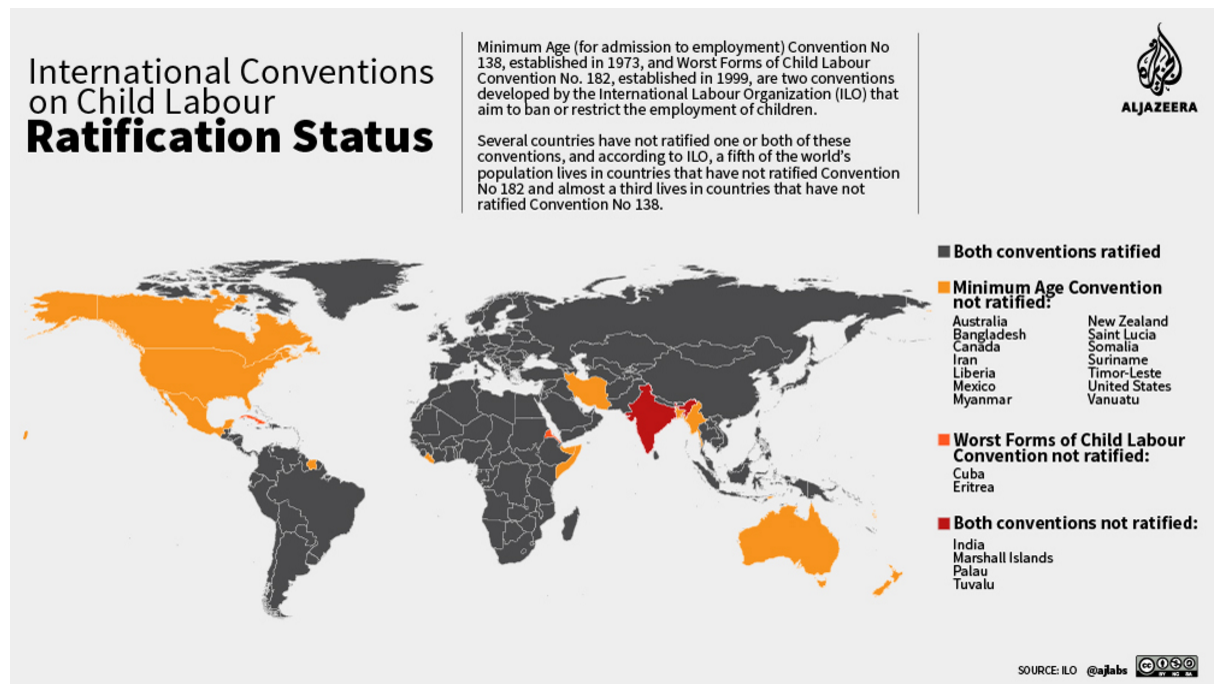