At this critical juncture in history, when Malaysian Parliament is deciding on the fate of future generations of Malaysians, we write to lend full and unwavering support from the international tobacco control community to Malaysia’s Ministry of Health in its visionary effort to strengthen tobacco control through its generational end game (GEG) policy proposal in the Tobacco and Smoking Control Bill 2022. Because prevention is always better than cure, this excellent policy will greatly enhance Malaysia’s efforts to tackle the tobacco problem more effectively and join the many other countries and jurisdictions that are focusing on the tobacco end game.

Countries and jurisdictions that have been successfully reducing their adult smoking prevalence, such as Panama (5.3%), New Zealand (9.4%), Hong Kong (9.5%), Australia (10.3%), Finland (10.6%), Singapore (10.1%), and Canada (13%), have applied stringent tobacco control measures according to the WHO Framework Convention on Tobacco Control (FCTC) to which Malaysia is also a Party. These include tax increases that reduce affordability, advertising and marketing bans, point-of-sale display bans, public smoking bans, large pictorial health warnings, standardised/plain packaging, mass media campaigns, and tobacco cessation. Many of these countries also have specified prevalence end game targets (usually less than 5 percent) by a certain year. The EU Beat Cancer Plan and US Healthy People 2030 plan also specify a tobacco end game target. End game for tobacco has been pursued for more than a decade across the globe supported by both governments and the public health community (see here, here, and here).

Notably, this success has been achieved without the use of e-cigarettes. In fact, Panama, Hong Kong, and Singapore, despite considerable tobacco industry interference, have banned electronic smoking devices, which they consider as a clear risk of reversing the success they have achieved thus far.

Australia allows e-cigarettes only by medical prescription for smokers that have failed other cessation therapies, while Finland, the first country in the world to legislate a tobacco end game, includes all nicotine products (such as e-cigarettes) in its 2030 end game target. In countries where e-cigarettes have been widely available, such as the US, UK, Canada, and New Zealand, e-cigarette use has not accelerated the decline of smoking prevalence, a large proportion (often a majority) of smokers using e-cigarettes are dual users rather than quit smoking, and there are worrying trends of increasing vaping uptake and nicotine addiction, particularly among youth.

Malaysia’s GEG is therefore a sensible policy proposal to insulate youths from lifelong addiction and chronic diseases, which will also reap social and economic benefits in the long term. GEG is consistent with Article 16 (sales to and by minors) of the WHO FCTC, which even encourages Parties to implement measures beyond those required by the Convention (Article 2.1). Malaysia’s GEG will be a gamechanger for tobacco control, not only for Malaysia, but also globally.

Opposers to the GEG policy have predictably been Big Tobacco and its front groups and allies, using a slew of misinformation and unsubstantiated claims about harm reduction and illicit trade. Recent calls to postpone the passage of the Tobacco and Smoking Control Bill are a trademark delay tactic of the tobacco industry.

Tobacco products should never have been legalized in the first place. The fact that cigarettes are still sold legally today is a historical abnormality that should be corrected. In 2021 over 140 organizations around the world called for the phase-out of cigarette sales. This is the bare minimum that governments should do to end the tobacco pandemic that kills more than 28,000 Malaysians and 8 million people globally each year. Malaysia’s GEG is a preventive vaccine that complements this curative approach to the tobacco pandemic.

We reiterate our full support for Malaysia’ visionary approach to protect its future generations from the tobacco scourge. 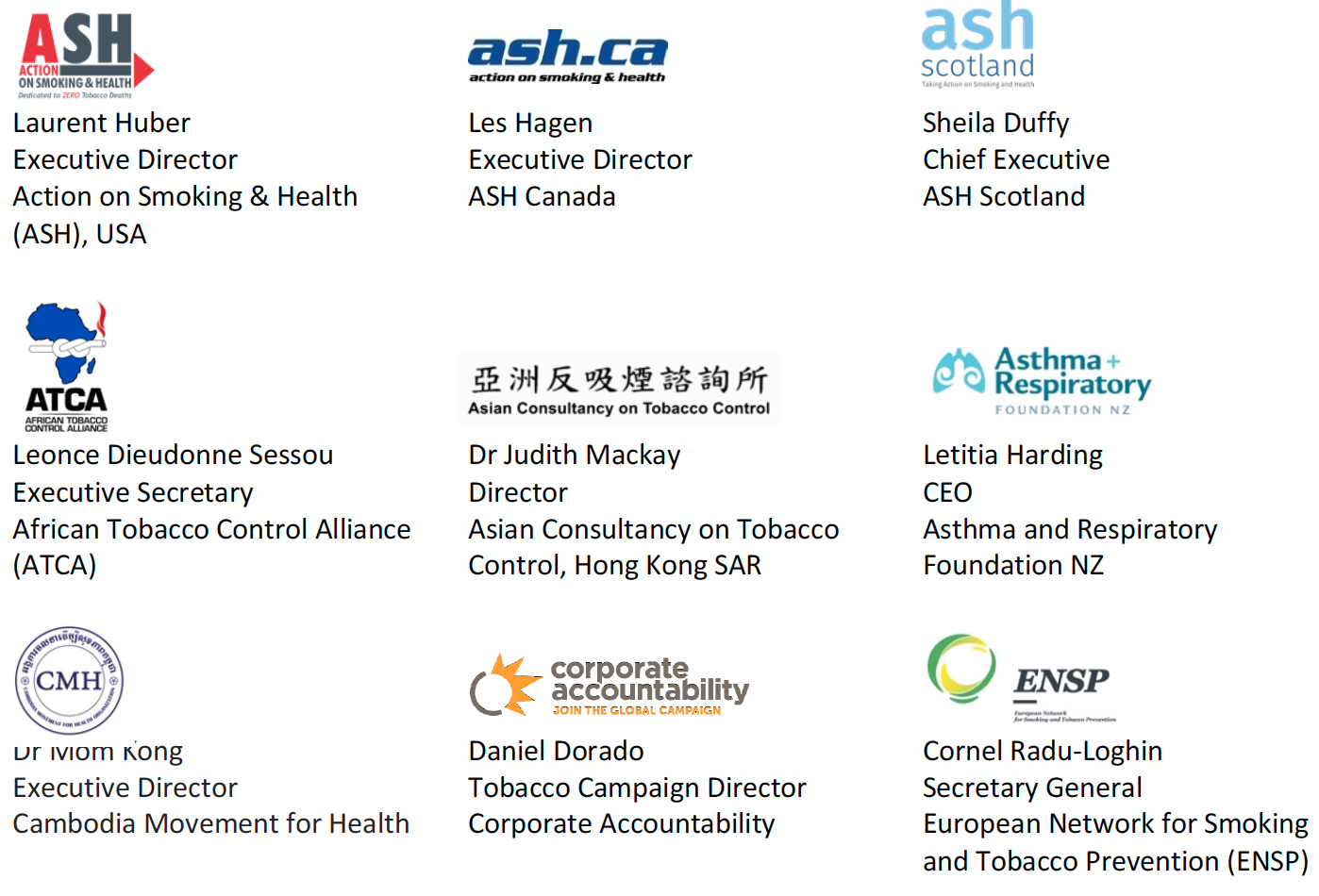 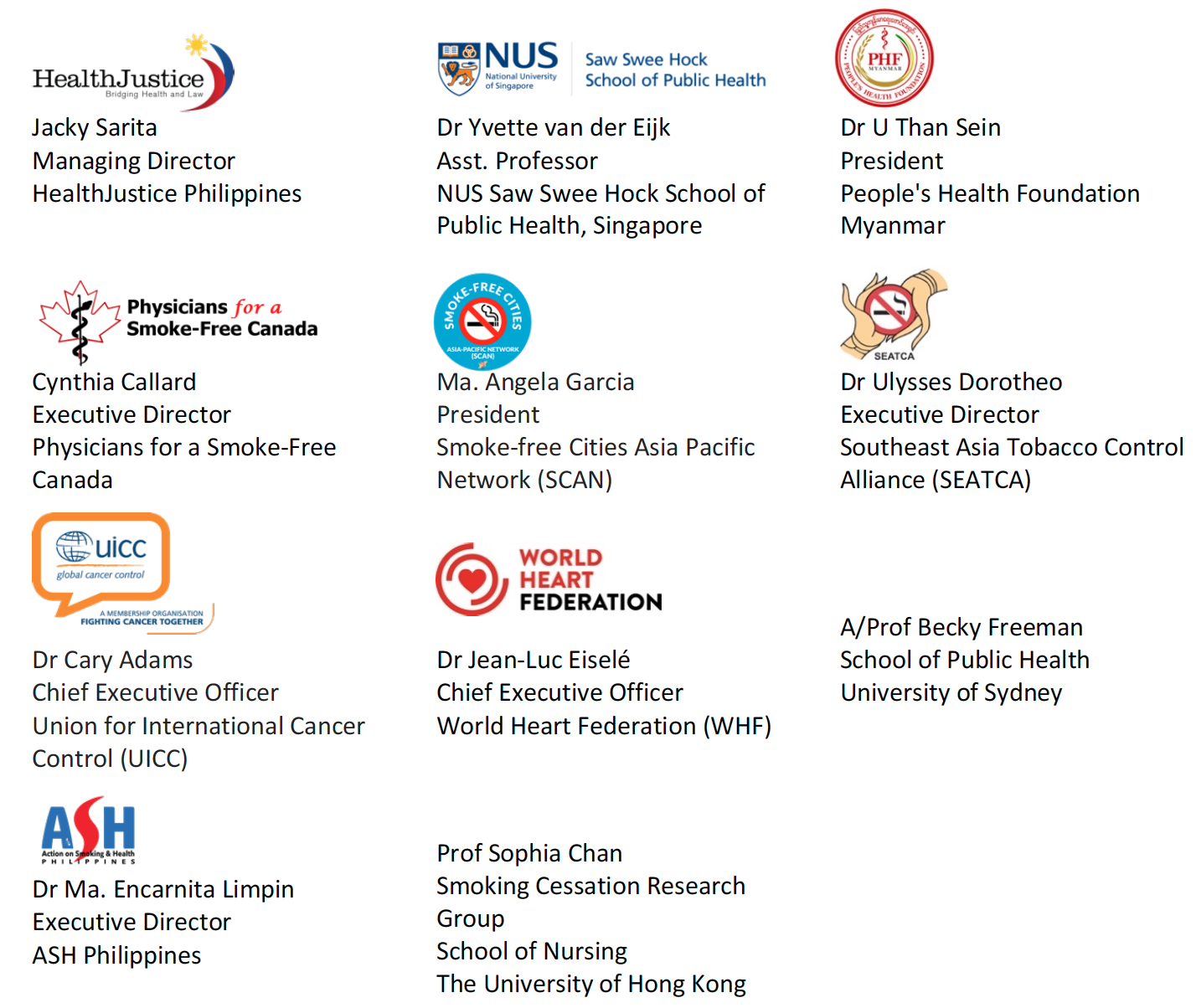