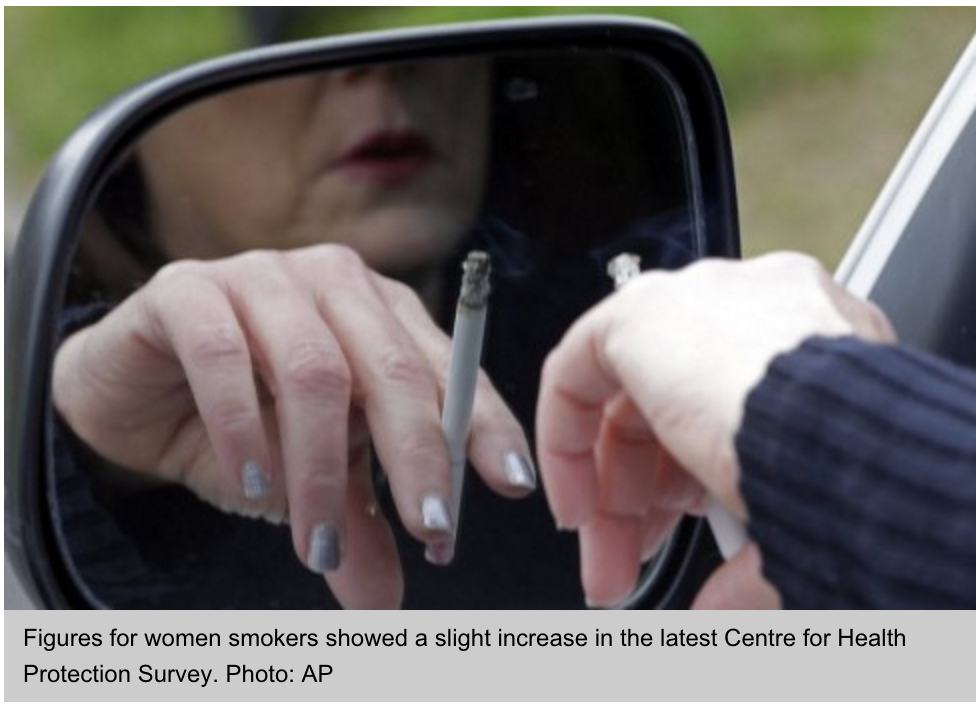 The percentage of smokers in the city last year dropped to its lowest level since records began 33 years ago, a study has found.

According to the survey of 10,000 households by the Centre for Health Protection, 10.5 per cent of the population above the age of 15 are daily smokers.

“The smoking prevalence in Hong Kong is amongst the lowest in the region. The government will continue to work towards bringing the figure down to a single digit,” she said.

The survey also showed that the smoking prevalence among young people between 15 and 19 dropped significantly – from 2 per cent in 2012 to 1.1 per cent last year.

However, Chan noted that the figure for female smokers saw a slight increase from 3.1 per cent in 2012 to 3.2 per cent.

“Research has shown the reasons that compel women to smoke are different from men. Therefore traditional methods for helping them to quit smoking may not work as well,” said Chan.

“We will review our current set-up and see whether we need to come up with specific services and measures targeting women.”

The survey also looked at the prevalence of electronic cigarette users in the city.

While e-cigarette usage in Hong Kong remained very low, the centre noted that 9 per cent of secondary school students have tried the devices, a trend Chan described as “worrying”.

“We are seriously considering prohibiting the import, manufacture, sale, distribution and advertising of e-cigarettes through legislation,” she said.

The undersecretary added the government is currently working on the details of the legislation but did not set out a timetable for when they will table the proposal at the Legislative Council.

Aside from regulating electronic cigarettes, Chan said the government is also aiming to start a legislative process on enlarging health-warning signs on tobacco products to cover 85 per cent of the packaging this year.

Another area Chan said authorities would continue to work on is the expansion of statutory no-smoking areas.

On March 31, the areas will be further extended to eight bus interchanges.

“Some suggested all bus stops in Hong Kong. Others suggested near schools and hospitals. So we have to consider all these factors and then we will work out a plan accordingly,” she said.

Chan declined to give an answer on whether tobacco tax would be increased in this year’s budget, only saying the current rate in Hong Kong is comparable to the World Health Organisation’s recommendation.