The government decided on Tuesday to mandate tobacco companies to place graphic images showing the harmful effects of smoking on the upper part of a cigarette packet starting from December.

A revised enforcement ordinance, which requires the pictorial warnings to occupy more than 30 percent of the front and back of cigarette packaging beginning Dec. 23, was passed through the Cabinet meeting, the Ministry of Health and Welfare said. 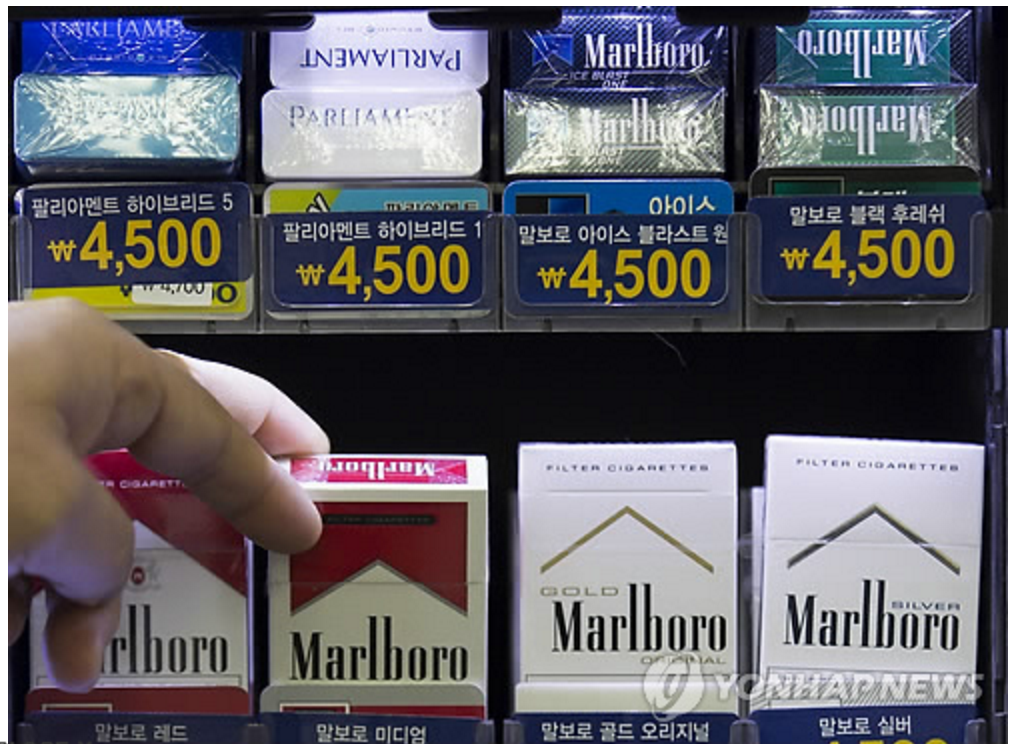 The ordinance stipulates that the graphic warning images should be placed on packets of e-cigarettes and chewing tobacco as well, the ministry said.

In March, the ministry unveiled 10 pictorial warnings, including a diseased lung, a hole in a throat, and rotten teeth, in an effort to prod smokers to quit smoking.

The images must occupy more than 30 percent of the front and back of cigarette packaging, and cigarette manufacturers have to change the pictures every 18 months.

The smoking rate among South Koreans aged 19 or older dropped to 39.3 percent last year from 43.1 percent in 2014. It marks the first time that South Korea’s smoking rate fell below 40 percent.

Over 80 countries adopt cigarette package warnings, including the European Union, which revealed similar warning pictures in November. The number is expected to hover above 100 by the end of this year. (Yonhap)