Kuala Lumpur: While the Health Ministry is taking its time to study whether to completely ban indoor smoking, vaping is increasing in popularity among the young and trendy. There is no indication just yet on the status of electronic cigarettes. Vaping which is seen as an alternative to smoking, has been catching on, especially among the younger generation in Malaysia. There has even been a proliferation of vaping centres where one can get everything to get started on vaping.

While some health risks to vaping have been raised, however e-cigarettes are being marketed to the young. There is concern that vaping renormalizes smoking. New York City has banned vaping in several public places and parks, including restaurants and bars in May 2014. Singapore, Cambodia and Brunei have already banned e-cigarettes altogether, along with Hong Kong, Brazil and Panama. 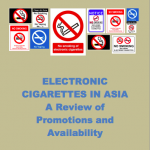 SEATCA, in collaboration with WHO, published a report on e-cigarettes: “Electronic Cigarettes in ASIA: A Review of Promotion and Availability” The report documents how e-cigarette are promoted in selected countries/ jurisdictions in the region, including Malaysia, and is aimed at policy makers on importance of regulation to deal with the proliferation of e-cigarettes in the market.