A cross-party working group has been set up in the European parliament to counter the growing influence of tobacco companies. 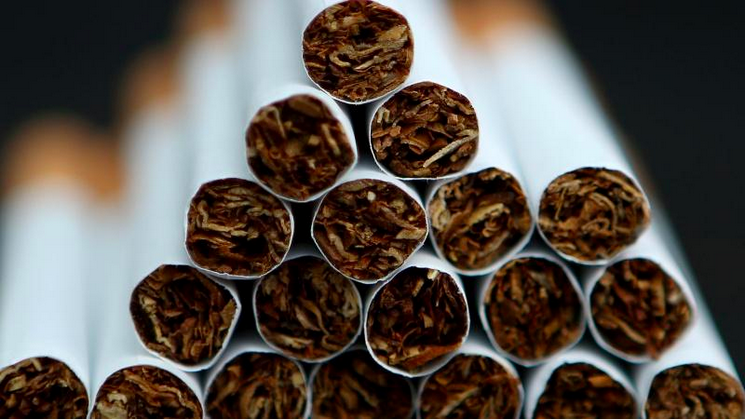 The group was put together by S&D deputy Gilles Pargneaux, who is a vice-chair of parliament’s environment, public health and food safety committee, at the behest of Paris councillor Pauline Delpech, who has been campaigning against the tobacco industry in France.

Pargneaux pointed out that “currently six million deaths worldwide are linked to smoking, including 700,000 in Europe – this is equivalent to the population of a city the size of Frankfurt”. He added that this amounts to “1900 deaths a day” and that “by 2030, tobacco could cause up to eight million deaths a year”.

Outlining the working group’s priorities, he said, “our main focus is to make sure the tobacco products directive is implemented in all member states”. The new rules were adopted by parliament in March last year, and include banning flavoured cigarettes, tougher measures for eCigarettes and more health warnings on cigarette packaging.

The Frenchman added that the group would be looking at “combating contraband, counterfeiting and cross-border shopping”.

Additionally, he called for the enforcement of “article 5.3 of the world health organisation’s framework convention on tobacco control”. This rule “requires all parties, when setting and implementing their public health policies with respect to tobacco control, to act to protect these policies from commercial and other vested interests of the tobacco industry in accordance with national law”.

Pargneaux accused tobacco companies of “spending a lot of money to keep tribunals off their back” and said, “we know that by going after these firms, we are unlikely to make many friends”.

He also insisted that this new working group “is not here to engage in anti-smoking politics”.

However, not all members of the group went along with this rhetoric, with ALDE deputy Robert Rochefort saying that he was staunchly opposed to smoking. 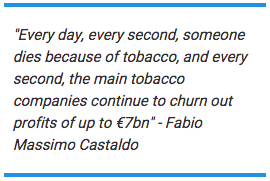 The French MEP, who is a vice-chair of parliament’s internal market and consumer protection committee, commented that “the tobacco lobby is certainly one of the most powerful in the world”, explaining that “it has evolved and learned to negotiate”.

José Bové, a member of parliament’s Greens/EFA group, accused the tobacco industry of “shopping around Europe without anyone getting in the way – this is an extremely serious threat to democracy”.

He was especially critical of the European anti-fraud office (Olaf), saying cigarette companies had “received an unbelievable amount of support” from the organisation.

According to the French deputy, this was proven by “the John Dalli case”. John Dalli was European health and consumer policy commissioner from 2010 but 2012, but was forced to resign after one of his associates was accused of requesting over €60m from Swedish snus producer Swedish Match, in exchange for the commissioner’s help changing tobacco regulations. Dalli has always denied any knowledge of the alleged bribery.

Kessler was not the only European official to come under fire, with Belgian MEP Bart Staes accusing “budget and human resources commissioner Kristalina Georgieva, or perhaps members of her staff and even Olaf representatives [of] entering into secret negotiations with tobacco manufacturers” to come up with a new agreement.

The commission currently has a deal with the four main tobacco companies (Philip Morris International, Japan Tobacco, British American Tobacco and Imperial Tobacco Limited) whereby they pay a collective total of €1.9bn to the EU and taking steps to prevent the illegal trade of cigarettes.

EFDD MEP Fabio Massimo Castaldo highlighted that “every day, every second, someone dies because of tobacco, and every second, the main tobacco companies continue to churn out profits of up to €7bn”.

He underlined, “we are at war – and I am not afraid of using that word – with tobacco companies, both for medical and ethical reasons”.

Seeking to take the working group into yet another direction, his fellow group member, Eleonora Evi, said that the new set-up should be “part of a larger battle against lobbies in general”.