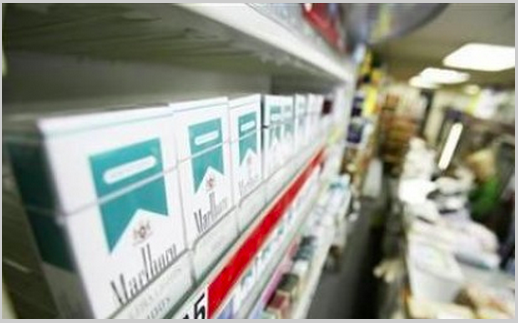 MANILA – That inconspicuous cigarette advertisement which managed to sneak into something one is looking at may be more than what meets the eye. To an innocent onlooker it might pass off as a simple image, but actually there is a subliminal message luring potential customers into wanting to be the person in the advertisement itself.
Such is the case with the second target of the tobacco industry – women, according to an activist who has battled big tobacco for years after surviving cancer directly traced to a long smoking habit.
In the view of Engr. Emer Rojas, president of New Vois Association of the Philippines (NVAP), now that they are no longer allowed to tag cigar sticks as “low tar” or “light” because it is false and misleading, the tobacco companies have resorted to creating images that would make their target consumers wish to be, even without them knowing it, just like the person they are seeing in the very picture:  the images of how they want themselves to be viewed as.
Therefore, according to his group, it would be no surprise to see ads of tobacco being linked to independence, power, stylishness, and sophistication. Elsewhere, some tobacco companies would even hold elaborate events like “ladies’ night” at the hippest bars to celebrate the launch of their newest product to create buzz.
“Women must be warned of this devious scheme of make believe. These are all traps. Aside from the youth, tobacco companies target women next to them to replace dying and deceased smokers,” said Rojas on Sunday, as the Philippines joined the global celebration of International Women’s Day.
In the ASEAN, the Philippines ranks next to Indonesia in having the most number of people who smoke. There are 17.3 million Filipinos smokers, of which 48% are men and 9% are women. Each person consumes 1,073 sticks each year, the highest in Southeast Asia.
At least 10 Filipinos die every hour due to smoking, according to data cited by New Vois.  Annually, tobacco kills six million people globally and 600,000 of them die due to secondhand smoke.
Women’s cancer risks
The International Agency of Cancer Research has classifed smoke as containing carcinogens. Aside from smoking, exposure to second-hand smoke places one at risk of cancer. The World Health Organization (WHO) estimates that half of all Filipino women and children are regularly exposed to it at home and other public areas.  Women may develop cancer not only because they smoke but they live with smokers as well.
“On the observance of the International Women’s Day on March 8, 2015, women must be reminded to think of their future. Smoking is the single most preventable cause of death in the world. They need not be the next victim of tobacco,” warned Rojas.
According to studies conducted by the Campaign for Tobacco-Free Kids, smoking reduces a woman’s fertility and is known to cause ectopic pregnancy, a condition wherein the embryo gets implanted outside the uterus.
Smoking also causes 80% of lung cancer deaths. In 1987, breast cancer was exceeded by lung cancer as the leading cause of cancer death among women. However, today lung cancer is again the leading cause of death among cancers in women in the United States.
Research studies show that smoking or exposure to secondhand smoke during pregnancy directly increases the risk of health and behavioral problems of the child including childhood leukemia, abnormal blood pressure, cleft palates and lips, and mental retardation among others.
In the Philippines, Republic Act 9211 or the Tobacco Control Act prohibits smoking in public places while RA 10643 or the Government Health Warning (GHW) Law decrees that all cigarette packets be printed with images related to smoking diseases so as to dissuade the users. With policies in place, enhanced public awareness is needed to save women from the inevitable consequences of tobacco use, said New Vois.
Read more: http://www.interaksyon.com/article/106506/mga-babae-naman–women-next-target-of-tobacco-companies—anti-smoking-activist