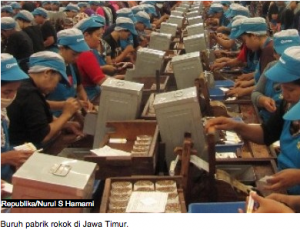 Since the Indonesia Council of Ulemas (MUI) issued a fatwa declaring that cigarette is haram (religiously unlawful), several years ago, Muhammadiyah has done following actions, one of them is MTCF that is the means to promote people’s health. According to Erwin, Muhammadiyah also encourages the government to ratify the WHO FCTC and to show strong commitment about global community’s health program. By Inung/Republika Online (from: PT Tuner Media Monitoring)