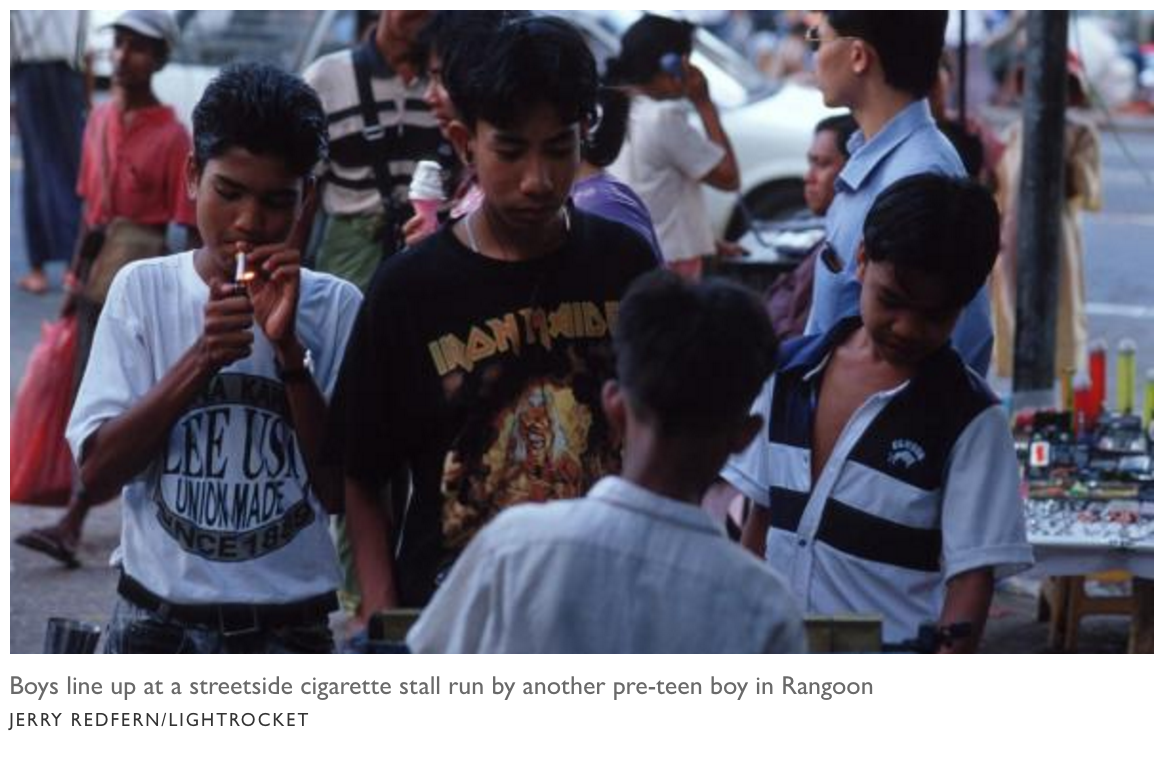 Anti-smoking campaigners have urged the government of Aung San Suu Kyi to crack down on British American Tobacco in Burma, where it is allegedly enticing children into smoking.

The company, whose products include Lucky Strike and Pall Mall, is accused of offering “kiddie packs” of four cigarettes, promoting and selling its cigarettes near schools, sponsoring music events aimed at the young and including free lighters with packs.

Lawyers, public health experts and an official from Burma’s department of health told The Times that BAT’s alleged conduct may have breached several sections of the country’s 2006 tobacco control law.

Deborah Arnott, chief executive of the London-based Action on Smoking and Health, described the allegations as deplorable and urged Ms Suu Kyi’s newly elected government to investigate and penalise any breaches of the law. Burma’s tobacco law was designed to help it to fulfil its obligations under the UN’s framework convention on tobacco control. It includes a comprehensive ban on the promotion of cigarettes and forbids the sale of tobacco within 100 yards of schools.

An official at Burma’s department of health said that parliament, now dominated by Ms Suu Kyi’s National League for Democracy, was due to discuss tougher penalties for violating the law.

Faced with ever-stricter rules in developed markets, big tobacco companies are increasingly looking to exploit lax regulation in poorer countries to boost sales, campaigners say. BAT is facing accusations that its employees paid bribes in several African countries in an attempt to sabotage anti-smoking rules, which have led to calls for a US department of justice inquiry.

BAT has appointed external lawyers to investigate the allegations in Africa.

Will Hill, a company spokesman, said that BAT had “actively encouraged” Burma’s government to enforce the law better. He added that BAT never targeted children and did “not condone or supply single sticks”.

The company has distributed stickers that have been displayed at shops and bars across Burma offering four cigarettes for the equivalent of about 5p. A section of the local law forbids the sale of packs containing fewer than 20 cigarettes. The Times found dozens of the stickers in clear view of customers at several spots across the country.

Mr Hill said that the stickers were “given to retailers to discourage them from overcharging”, adding that BAT’s branded materials were “aimed at retailers”. May Myat Cho, a public health expert with the campaign group the Southeast Asia Tobacco Control Alliance, dismissed the idea that the stickers were only for retailers, and said that offering loose cigarettes for sale was in any case a violation of local law. Her group says that 60.3 per cent of men in Burma now smoke, up from 47 per cent in 2013.

BAT is also accused of distributing branded pots to bars and shops that are often used to dispense single cigarettes. Mr Hill said that the company had now decided to withdraw the pots.

Thuzar Chit Tin, who is responsible for tobacco control at Burma’s department of health, said BAT was among several companies suspected of breaching the country’s anti-tobacco laws, which are poorly enforced because of a lack of funding.