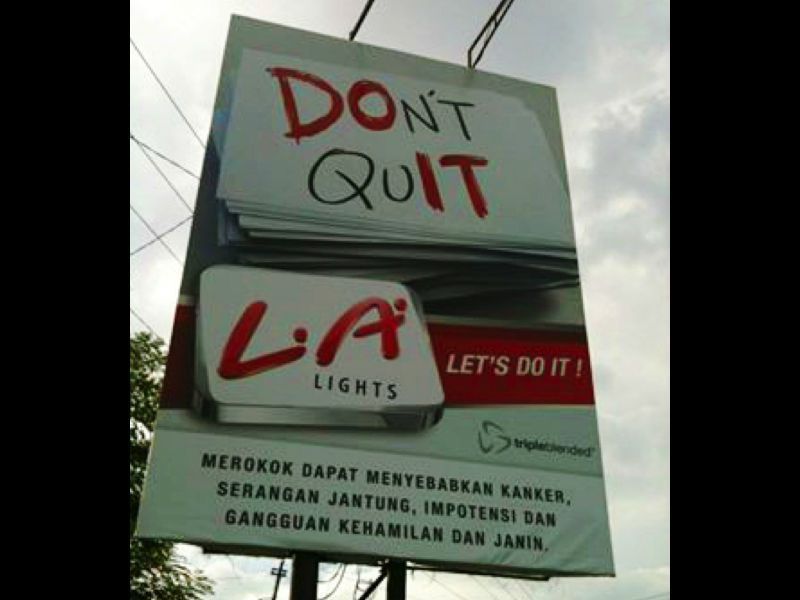 On January 7, Governor Basuki “Ahok” Tjahaja Purnama signed into law a regulation banning outdoor advertising for cigarettes and other tobacco products. If you were unaware of the new regulation, we wouldn’t be surprised, given the numerous cigarette ads that still seem to be found in every corner of the capital.

But progress is in fact being made on enforcing the regulation, with Civil Service Police Officers (Satpol PP) in Mampang Prapatan, South Jakarta, starting to take down a number cigarette billboards this week.

However, Asril said that even those billboards that still  have valid licenses will go down by the end of 2015, as the city should be completely free of outdoor cigarette ads by next year.

“Later at the end of December we will organize [more takedowns] as well. Because according to the governor’s regulation, beginning in January 2016 there should no longer be cigarette billboards in Jakarta,” he said as quoted by Kompas.