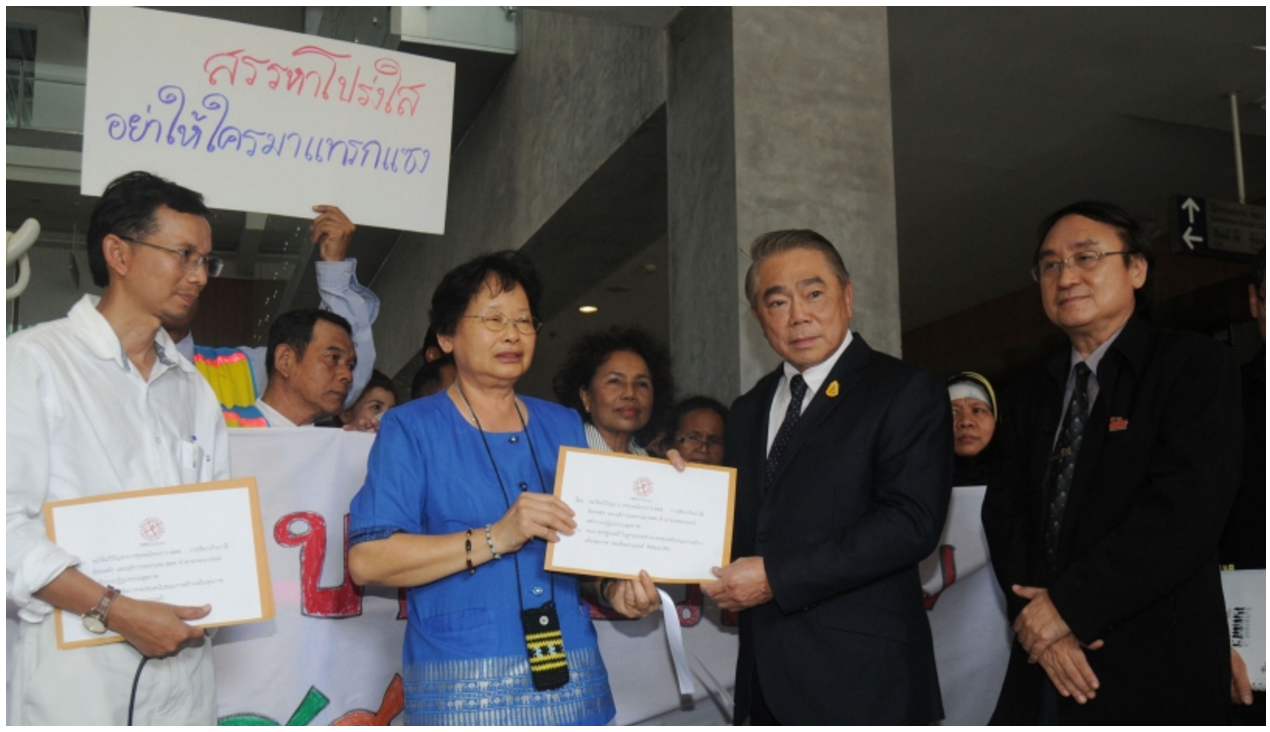 Yesterday, ThaiHealth hosted the first committee meeting of the year on the major issues, setting up a selection committee to choose new ThaiHealth specialist board members, the approval of new ThaiHealth manager and the progress of ThaiHealth rules reformation.

Narong ensured that appointment of the selection committee would strictly comply with ThaiHealth procedures there was no political influence or interference from the alcohol and cigarette businesses.

On the issue of funding and taxation problems that the partner organizations of ThaiHealth have faced, he said the ThaiHealth funding process was still under the heavy regulation of the Monitoring and Auditing Committee on Fiscal Expenditure and no projects with a budget over Bt5 million will granted yet, no matter if the projects are the governmental “Pracha Rath” projects or ordinary projects.

While Supreeda stated that the tax problem was not discussed in the meeting, however he revealed that ThaiHealth has already talked to the Revenue Department about this issue.

“I asked our partners to be patient. This is a problem on an interpretation of the law and there will be more discussions ahead to solve this problem,” he said.

Prior to the ThaiHealth committee meeting, Thai Health Promotion Movement staged a demonstration at the ThaiHealth office in Bangkok to signal the group demands to see a transparent new ThaiHealth specialist board members selection and also for a solution to the halt of the public projects budget and retrospective taxation on public organisations.

Around 100 members of the group came from affected public organisations, which sponsored by ThaiHealth, have staged symbolic activities and sent petition letters to Narong and Public Health Minister Piyasakol Sakolsatayadorn.

The symbolic activities included lying down on the ground to signify that public organisations need help and white ribbons with the sentence “Protect the ThaiHealth Reform, protect ThaiHealth” bonding to express the support for transparent committee member selection.

Kamron Chudecha, representative of Thai Health Promotion Movement, said to the ThaiHealth committee chairman that he would like to urge him to tackle the public organisations’ problems of funding and taxation and he would like to see the ThaiHealth specialist board members selection to be clear and without political influence. “We heard the news that there were efforts to influence the new board members selection, so we want the process to be strict on ThaiHealth rules and have no interference from outside powers,” Kamron said.

Narong received the letters from Kamron and bonded a ribbon with the group, then went to the meeting room without speaking to the |protesters.

Arunee Srito from National Informal Labour Coordination Centre stated that the group did not oppose the reformation and inspection on ThaiHealth but she want to see the urgent problems solving for the public organisations because they can no longer operate the public work properly anymore.

“I have a hope that the problems will be solved soon because of the Prime Minister’s soft stance toward ThaiHealth. However, if the meeting result turns out negatively, we are ready to continue our campaign,” Arunee said.