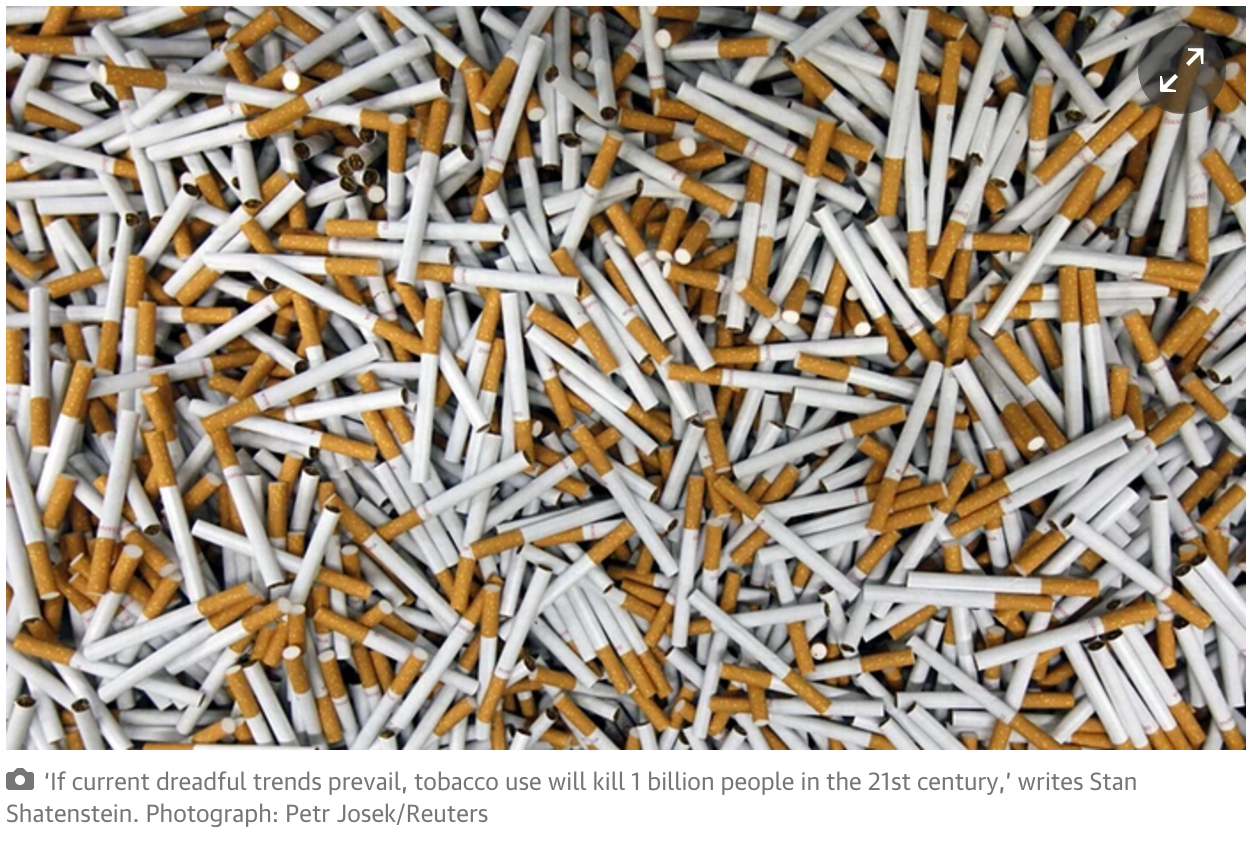 In its letter to the Guardian (Philip Morris: we are defending our business, not attacking human rights, 19 November), Philip Morris International (PMI) claims that “the Uruguayan senate approved the investment treaty with Switzerland after careful scrutiny, and with confidence that its provisions aligned with Uruguay’s domestic law”, and that the country should therefore silently allow its anti-tobacco provisions to be challenged by the tobacco corporation at an international arbitration panel.

Article 2 of said investment treaty clearly establishes that “The Contracting Parties recognize each other’s right not to allow economic activities for reasons of public security and order, public health or morality…”

With the lung cancer mortality rate declining 15% in Uruguay (and increasing in the rest of the world), the burden of proof should be on PMI to demonstrate that it is not a legitimate public health measure to ban the advertising of tobacco and otherwise limit its sale (all tobacco, on a non-discriminatory basis) instead of challenging the Uruguayan government’s legally mandatory protection of the right to health.

No proper court should ever have accepted such irresponsible litigation, which appears to be aimed at scaring others from following the example of Uruguay. But, as Alfred de Zayas rightly describes in the article to which PMI’s letter was responding (How can Philip Morris sue Uruguay over its tobacco laws?, 16 November), arbitration panels in investor-states disputes are about anything but real justice.
Roberto Bissio
Executive director, Instituto del Tercer Mundo (Third World Institute), Montevideo, Uruguay

• The only response possible to Marc Firestone, senior vice-president and general counsel of Philip Morris International (PMI), comes from Upton Sinclair:“It is difficult to get a man to understand something when his salary depends on his not understanding it.”

PMI is a legal enterprise, but it is not a legitimate business. It is part of an industry that kills 6 million people across the globe annually. If current dreadful trends prevail, tobacco use will kill 1 billion people in the 21st century. Mr Firestone should count himself fortunate that, by historical accident, cigarettes are still legal products. His firm has no business interfering with the public health legislation of Uruguay or that of any other country.
Stan Shatenstein
Editor and publisher, STAN Bulletin (Smoking & Tobacco Abstracts & News)

• Marc Firestone writes as though Philip Morris were a human rights NGO, not a purveyor of cigarettes.

Tobacco giants brought legal action against the Australian government arguing that standardised packaging involves the seizure of intellectual property rights. This was rejected comprehensively by the high court, which found that “The arguments advanced by the tobacco companies are answered by the logically anterior conclusion that the TPP Act [introducing standardised packaging] effects no acquisition of property.”

The judges variously described the case of the tobacco companies as “delusive”, “synthetic”, “unreal”, and suffering “fatal” defects in logic and reasoning.

Undaunted, Philip Morris is currently suing the Australian government over its tobacco plain-packaging legislation, under a 1993 Hong Kong-Australia investment treaty. This is the first investor-state dispute that has been brought against Australia.
Dr John Doherty
Vienna, Austria