ABU DHABI: The Philippines on Wednesday was among the six countries cited by philantrophist Michael Bloomberg for making “significant strides” in implementing tobacco control policies.

Uruguay was the first country in Latin America to ban smoking in public spaces, a measure it enacted in 2006.

Cigarette packs carry graphic pictures of cancer patients to warn smokers of the dangers, tobacco firms are forbidden from using marketing terms such as “light” or “mild,” and cigarette ads are banned from television, radio and newspapers. 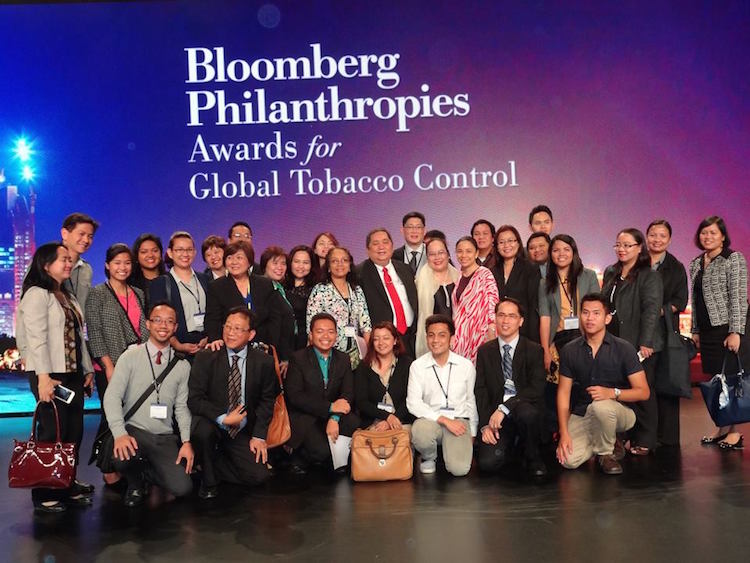 The crackdown has prompted industry giant Philip Morris to hit back by suing Uruguay for $25 million at the World Bank’s International Center for Settlement of Investment Disputes in 2010, alleging that the country had violated treaties by devaluing its trademarks and investments.

Despite a decline in the number of smokers in many countries, more needs to be done to curb tobacco  …

Several other countries have been threatened by similar measures.

“Country leaders who are trying to protect their citizens from the harms of tobacco should not be deterred by threats of costly legal challenges from huge tobacco companies,” said Microsoft co-founder Bill Gates.

“Australia won its first case, which sends a strong message. But smaller, developing countries don’t have the same resources. That’s why we are supporting the Anti-Tobacco Trade Litigation Fund with Bloomberg Philanthropies,” Gates said in a televised statement during the awards ceremony.

Among its several means of support, the fund offers “technical assistance in legislative drafting and documentation to avoid legal challenges and potential trade disputes from the passage of tobacco-control laws,” its founders say.

In addition, it supports global tobacco-control efforts, coordinates efforts in fighting the industry and offers low- and medium- income countries with financial support and access to “high quality legal assistance.”

According to the WHO, one person dies every six seconds due to tobacco — nearly six million people each year.

Smoking could kill one billion people this century, it says.

Participants at the conference have warned that unless urgent action is taken, the annual death toll could rise to eight million by 2030.